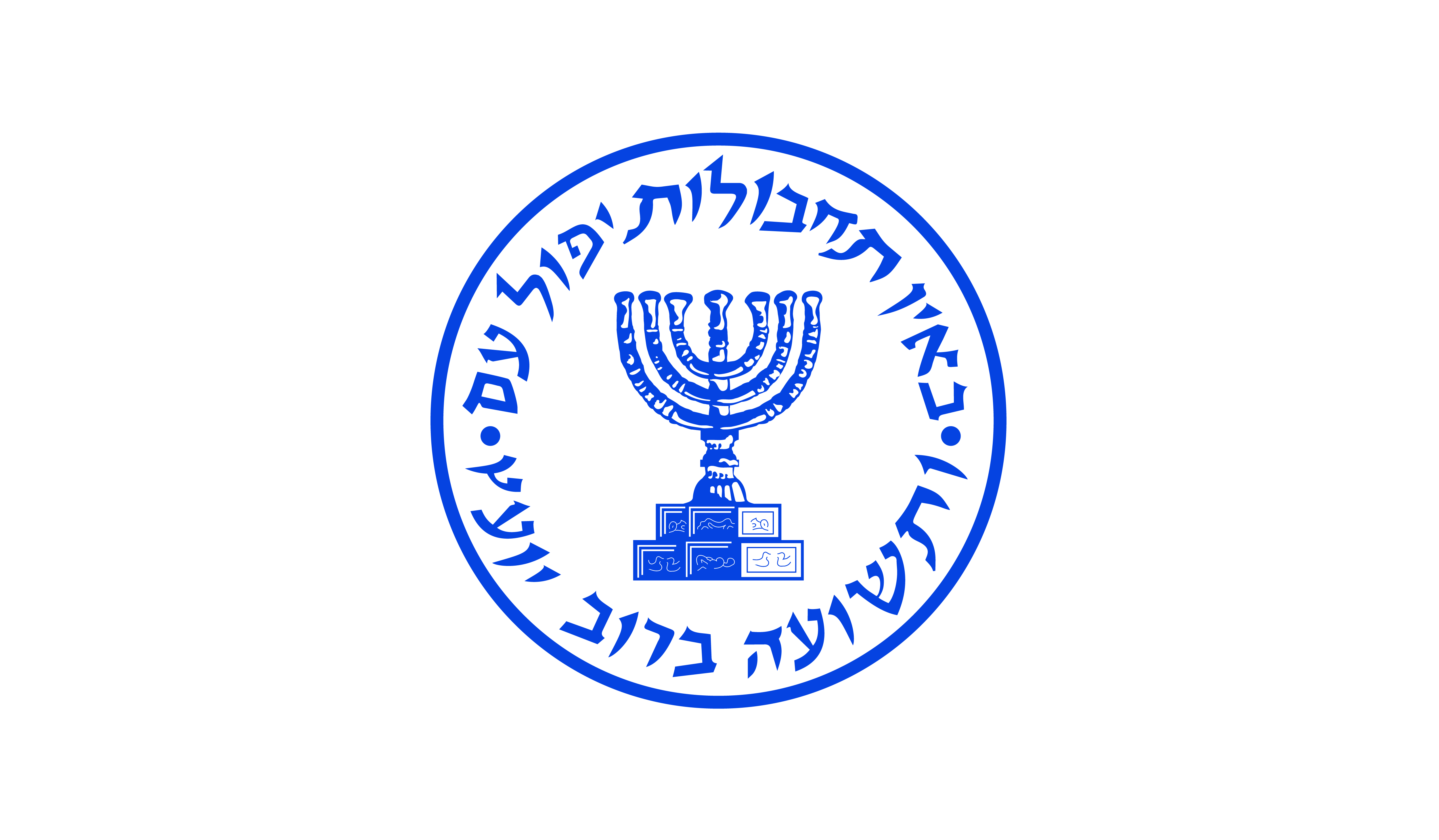 The official insignia of the Israeli Mossad.

The Mossad, Israel’s national intelligence agency, had caught and interrogated a senior official of the Islamic Revolutionary Guard Corps (IRGC) in Iranian territory, the Iran International TV reported on July 21.

According to the Saudi-sponsored London-based TV channel, the official, Yadollah Khedmati, confessed his role in transferring weapons to Syria, Iraq, Lebanon and Yemen during the interrogation.

This was not the first report about an Israeli operation to interrogate an IRGC official in Iran. In May, Iran International published video of alleged IRGC official named Mansour Rasouli admitting to Mossad agents that he had been ordered to establish a cell to assassinate a worker at the Israeli Consulate in Istanbul, a US general stationed in Germany and a journalist in France.

Israel and Iran have been locked up in covert war for years. In the last few months, the Israeli intelligence was blamed for a series of assassinations of IRGC officials and scientists as well as for attacks on sensitive Iranian facilities. On the other hand, Iran was blamed for a number of cyber-attacks on Israel.

Tensions between Israel and Iran will likely continue to escalate. Even an agreement between Iran and US on the revival of the 2015 deal will not likely lead to de-escalation.

“According to the Saudi-sponsored London-based TV channel”

So basically Zio-Saudi propaganda from London.

Israel-the country that takes in wounded ISIS murderers heals them in hospital resupplies them and sends them back to fight against Syria -that continually kills Palestinian children-tortures them knee-caps youths throwing stones using hollow-point bullets . Has over 500 nukes but wont admit it -has the worlds largest concentration camp–Gaza .

Achh! You forgot the stealing the organs of the recently murd… err… deceased.

Sorry about that -your right of course many Palestinians who “die ” in custody never have their bodies released to relatives -and sewage pumped through Gaza water systems -when it reached western media changed it to salinated water you cannot drink.

They dont have nukes,thats a wifes tale,why do you think they are so afraid of Iran? They may well!

Tell that to Whistleblower Mordechai Vanunu – jailed for 18 years for exposing it -blocked from leaving Israel -even the US government admits they have nukes. Israel refuses to join the Nuclear Proliferation Treaty Organisation-even the Israeli government wont comment as it makes it look bad but Colin Powell in leaked emails admitted it.Pakistan Defence ( defence.pk/pdf/threads /israel-) also has more info on it.

Gee… If only Andrei Karlov, Vitaly Churkin and Mikhail Lesin (and those are only the ones we know about) had the “equivalent” looking out for them in the Russian services before they were murdered by the Angl0-Zi0ni$ts…?

Assasination in teheran, and other cities in iran, now capture and interrogation, it means that Israel has vast network in iran and a part of populace actually support it, since they never been exposed in years

Does iran actually has a big problem with their own citizenship?

There is an organization called Mek. that is a terrorist organisation just like ISIS and they receive ample funding from the USA and Israel. This terrorist organisation has deep links with Mossad and most of the terror attack, spying and assassinations are done by them or through them. They are located outside Iran, proper and infiltrate through isolated border villages.

They where based in a military base in Iraq for some decades, at that base they shaired it with Iraq military, and later after US invasion, it was shaired with US military. They even fought against Iran during Iraq vs Iran war.

Now I think they are located in their own military base in Romania or Albania or something, you can google it if you want to learn more.

What you can not google is that there are many in Sweden and they are fully active. They operate freely, and also get all kind of support from the Swedish goverment.

I think its the same in other Western countries, that Western goverments support them. But not many people know this.

War against terror my ass. There was never any terrorist threat. With that many foreiginers in the West, if it was the slightest true, we would see killings everyday.

However that the West is involved in making terrorist in other countries all over the world, thats no question about it.

Fake news! Anything from london is fullovit (period)

US driven scheme to cap Russian oil price –Russia announced it will STOP exports in that case -Biden down with Covid—again and that’s after getting all his jags.

Iranian secret service really needs to pull up their socks, Iran seems to be riddled with Mossadnics, how is this possible?

Do you really think it is true?

1. Google the name of the guy: Yadullah Khemti – tell me about it.

2. None of the IRGC officers know that much as that guy, so you are telling me he knew about Iran weapons shipment, and the “assassination” of Zion in different places. Really now? That is the main giveaway that is a fake story buddy because that not how IRGC work.

3. Who gives that info to Iran Intel?

4. Do have any clue about Zion MSM? I will never believe you if you tell some MEK, Wahhabi-funded network got info about it before Zion MSM did… Zion MSM sometimes says shit before “it” happens.

5. How is that “news” that is what Zion said word by word…

This is a false story spun by the shitskin hebrews for psychological effect, dude.

Think back to the Adolf Eichmann affair – they kidnap and smuggle out suspects, then interrogate them and put a bullet in their skulls, dumping the body in an entirely different country.

Kikeroaches are subhumans who cannot tell the truth even to save their own mothers and the arabitches who reported this are no different (both are semites/sandmites/sandmutts).

STFU SF for the love of God.

“In May, Iran International published video of alleged IRGC official named Mansour Rasouli admitting to Mossad agents that he had been ordered to establish a cell to assassinate a worker at the Israeli Consulate in Istanbul, a US general stationed in Germany and a journalist in France.”

You fuking rtded apes that what Zion said word by word…

It is done by MEK you clown because if you google that guy’s name Yadullah Khemti – google: “Did you mean: Ayatollah Khomeini.”

Oh, how does it feel to be trolled by MEK SF clowns huh? Hahahaha

Did he also say they use civilians airplanes to ship weapons ahahahahah.

I just when and look at it and hey maybe I work for Mossad as well, because I was right he also talked about how they ship weapons to Syria and Hezbollah.

Oh boy, how does he knows so much about all of these tho? Hahahahah

SF clowns did make my day, I should thank you, clowns.

Death to the Jews!!!

This is a psyop, no more and no less. I watched the “confession” and my takeaway is that there are two possibilities: (a) they dragged up a random Joe off the streets and threatened him into reciting a script via prompts from behind the camera or (b) it’s a deep-fake produced using a photograph of an actual Iranian serviceman.

He “admitted” all kind of generic stuff isnotreal keeps harping about – IRGC logistics smuggling weapons to Syria, an airline company serving as a front for this gun-running operation, how he regrets it etc…hilariously clownish stuff.

This is only part of the story. Wow…Was it the Israelis that “waived off” that Zyklon B notice this morning? I heard all about the “auction” last night…She should not have spied on my messages to myself and then tried to “auction” it on Vimeo.

Thanks for the update…It was May when the “sitings” of that deal they set up last year started surfacing in Texas.

I want restitution for 20+ years.