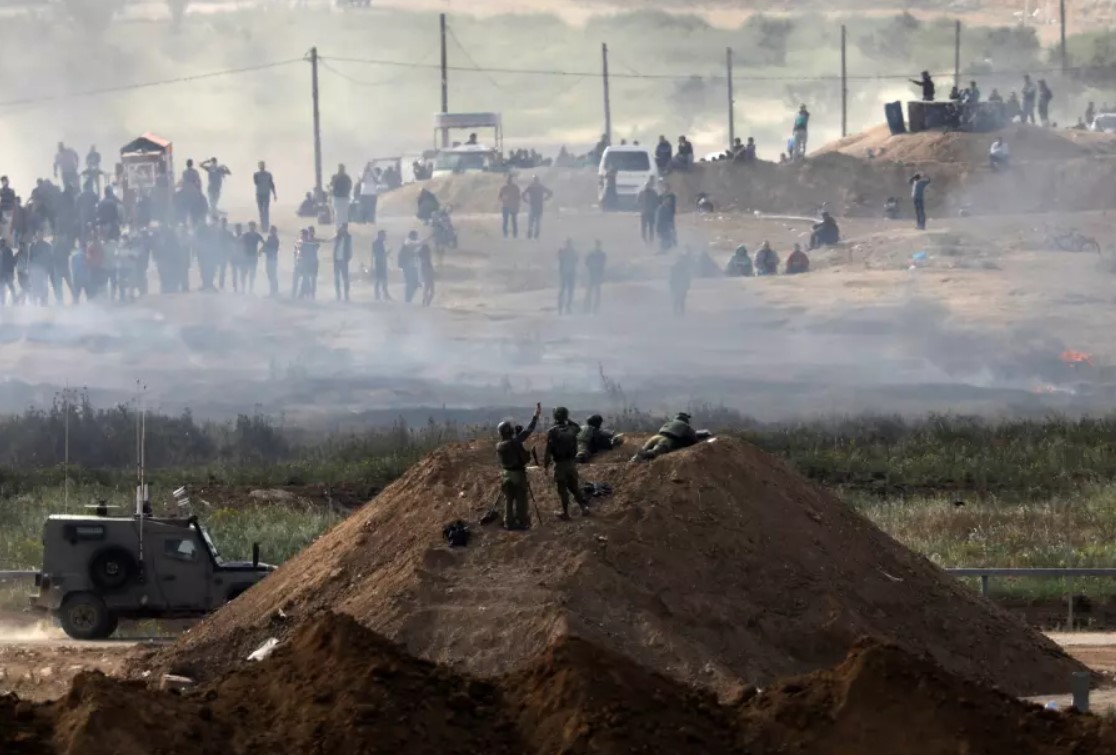 Israeli should return to “the policy of assassinations” against Palestinian resistance figures in the Gaza Strip, Israel’s Foreign Minister Yisrael Katz said in a statement to the Israeli army radio on December 26.

Katz statement came following a rocket attack from Gaza on nearby Israeli settlements in the evening of December 25. The attack didn’t result in any losses as all the rockets were intercepted by the Iron Dome system.

“Intelligence efforts are currently focused on determining who is responsible for ordering missile launch instructions in order to work to eliminate him,” the Anadolu Agency quoted Katz as saying.

Israel’s Science Minister Ofir Akunis, a member of the Security Cabinet, took a more extreme stand, calling for “a major military action” in the Gaza Strip in response to the repeated rocket attacks.

“We have extended our hands in peace and instead we get back hostility, sometimes suicide terrorists, sometimes stabbing attacks, sometimes massacres, and more. You have to speak to terror groups in the language they understand – and the prelude to that has to be a major strike that will disable them for years,” the Israeli minister said, according to Hamodia.

No group has claimed responsibility for the recent rocket attack from Gaza. However, the Israeli military responded by attacking positions of the Hamas Movement.

The recent Israeli threats indicate that the Gaza Strip may be on the course towards a new round of escalation, with peaceful efforts failing to put an end to the tensions.

START ASSASSINATING EVERY ZIONAZI….WIPE THEM FILTHY PARASITES OFF THE FACE OF THE EARTH!

yep deserve no mercy at all – it’s all forfeited and the illegal occupation coupled with murders and thievery is too much for the world to accept and thus adios to all hymies.

Whatever does Mr Katz mean…return to.

Isreali’s could have lived side by side with Palestinian’s in Palestine, but chose to take all of it and become a regime instead.

And the world will watch the killing doing nothing, Jews rule this so called civilization. Only their hated King can fix this.

Relax guys, nothing will happen as long as the traitor is still the PM, it’s just for his stupid public here so they can vote for him in the coming elections. Gantz is a different story though.

You gotta a gun & can get close to him…

Nothing will happen because the transnational.elite is going to sacrifice israel in the next war.

How many time do i have to tell you??? How thick skulled are you ffs!!!

Mike, the elite has no influence over Gantz, only over the corrupted Bibi that has been doing business with them since 2009. Gantz is a new blood in our politics, hope he can prove it soon enough.

The Jews should remember their Bible especially Lediticus19 to 21, before spewing forth such rabid and murderous statements: “Anyone who injures their neighbor is to be injured in the same manner: fracture for fracture, eye for eye, tooth for tooth. The one who has inflicted the injury must suffer the same injury. Whoever kills an animal must make restitution, but whoever kills a human being is to be put to death.”

Jews are atheists. There is no omniscient omnipotent God head being interested in and involved in the affairs of men. The Jews have long since had this figured this out. All of those Chasidim, those Orthodox Jews, 10 or 12 kids per family, that is just baby farms, so that they will have enough Jews that they can replace all of their Shabbos Goyim with real Jews when the time comes.

Bullshit , i would bet that these rockets were launched by israeli friendly forces.

It was intercepted after all ;)

I guess it’s a tit for tat situation and once the squatters open that can of worms, any jew anywhere in the world loosely connected to the squatters’ government in telaviv can be taken out – tit for tat.