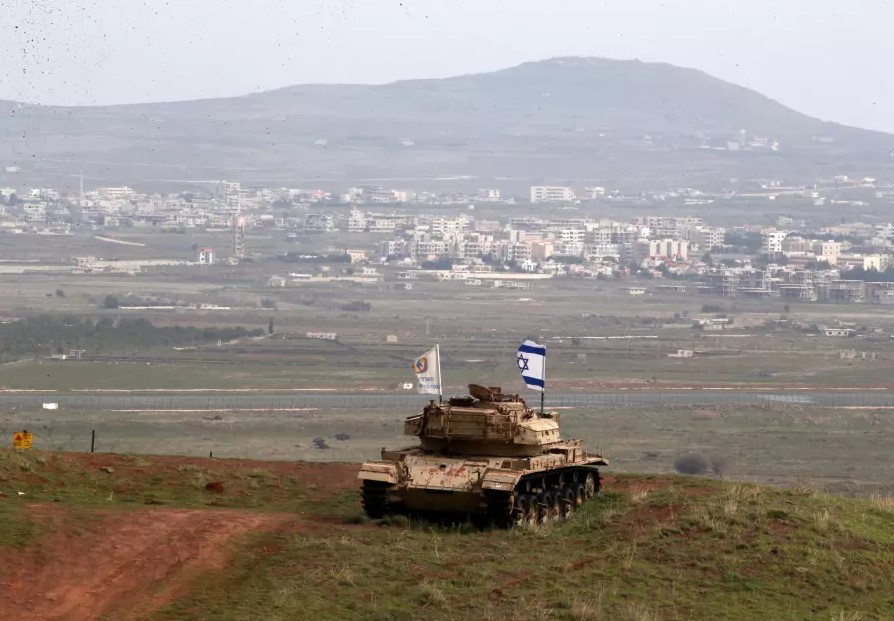 An old military vehicle can be seen positioned near the Druze village of Majdal Shams in the Golan Heights. IMAGE: AMMAR AWAD/REUTERS

The Israeli military has warned Syrian service members in al-Quneitra against collaborating with Lebanon’s Hezbollah in leaflets dropped on May 6 morning.

According to local sources, the leaflets were dropped following a series of strikes by Israeli combat helicopters on the northern countryside of al-Quneitra. The strikes targeted posts of the Syrian Arab Army (SAA) in the vicinity of the town of Jubata al-Khashab.

In the leaflets, the Israeli military accused Brig. Gen. Hussein Hammouch, commander of the 1st Corps’ 90th Brigade, of facilitating Hezbollah movements on the separation of forces line in coordination with a Lebanese commander named “Haj Hashim”. 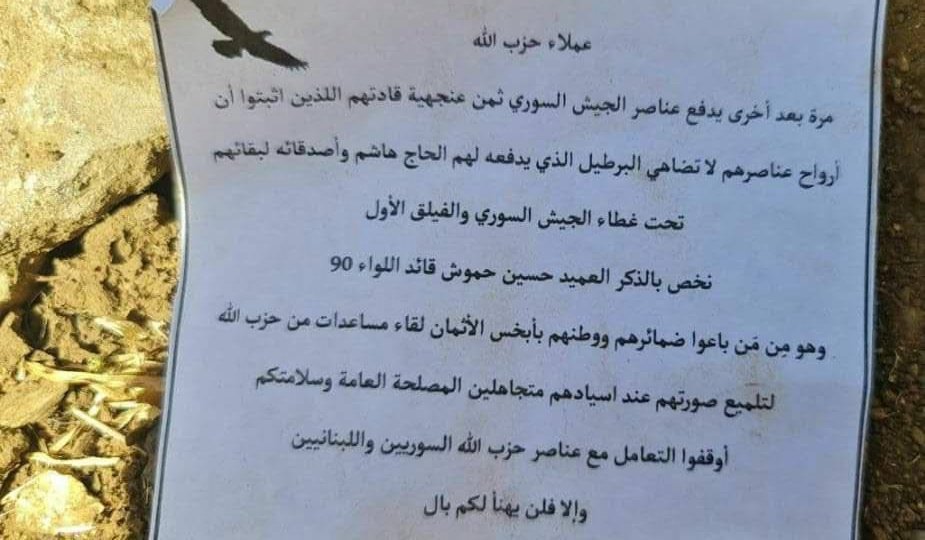 We note in particular Brig. Gen. Hussein Hammouch, commander of the 90th Brigade. And he is among those who have sold their consciences and their homeland at the cheapest of prices in return for aid from Hezbollah to polish their image among their masters, ignoring the general interest and your safety.

Stop cooperating with the Syrian and Lebanese personnel of Hezbollah. Otherwise, you will have no peace of mind,” one of the leaflets dropped by the Israeli military reads. 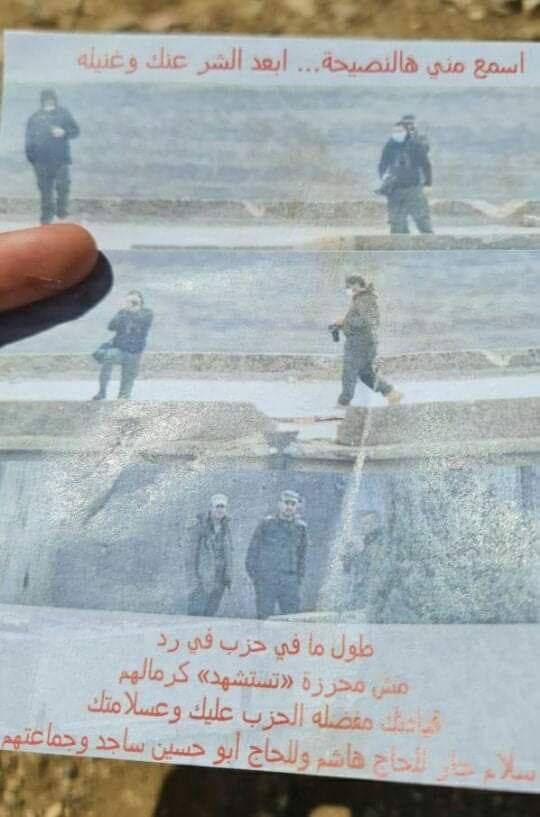 “Hear this advice from me, avert the evil from you … As long as there is Hezb [Hezbollah], there will be a response … Your leadership prefers the Hezb to you and your safety,” another leaflet reads.

The Israeli military dropped similar leaflets with threats to several units and commanders of the SAA 1st Corps over the last few months.

These threats reflect desperation within the Israeli military. At the same time, they signify Tel Aviv willingness to further escalate its attacks on Syria under the old pretext of fighting Iranian forces and Hezbollah.

Only Israel would give its enemies a chance. SAA would have tortured their opponents to death already. Oh, and Farbat is off his meds again…

Such a weak message by the Israeli’s. There is no terrorism or attack by Hezbollah, yet the Israel’s feel a chill down there spine that the Syrian’s are cooperating with them. If anything, it looks like the Syrian’s are doing things right.

Thanks for the toilet paper Israel.

They threat SAA because Israel fear to attack Iran and Hezbollah!…SAA never retaliate….thats why we have seen How Israel, USA and Turkey attack them with Impunity!…all of them know that SAA is an incompetent and useless army.