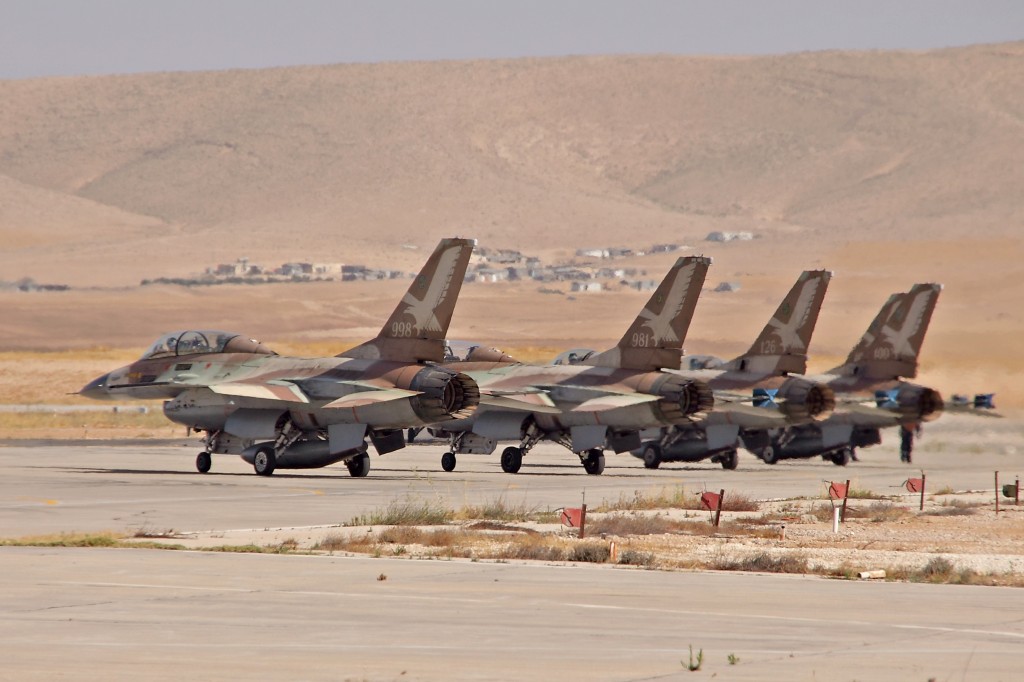 On May 27, the Israeli Defense Forces (IDF) released footage of a strike from its last operation against Palestinian factions in the Gaza Strip.

The footage shows a pinpoint strike on an underground rocket cache. Several secondary explosions and a large fire can be seen in the aerial footage.

IDF has published footage of airstrikes against the ‘metro’ tunnel system in the last round of conflict. #Gaza #Israel pic.twitter.com/WQaT3F2B8S

The IDF also released photos showing what it claims to be three multiple rocket launchers buried in the backyard of a school in the Gaza Strip.

IDF releases a graphic showing a number of underground rocket launching positions located next to a school in Gaza. pic.twitter.com/TvotbfVelC

Gaza battle broke out on May 10 when Palestinian factions in the enclave launched a barrage of rockets at Jerusalem. The IDF responded by launching Operation Guardian of the Walls, which ended on May 21 with an Egypt-brokered ceasefire.

During the operation, the IDF struck more than 1,500 “military targets,” including 675 rocket launchers, In Gaza. The Israeli military claims that upwards of 200 Palestinian fighters were killed. Yet, the real number is around 80 only.

Israel’s intense strikes on the Gaza Strip claimed the lives of 66 children and 39 women. Many civilian buildings in the enclave were also wiped out.

Ultimately, the IDF failed to stop rocket fire from the Gaza Strip. More than 4,360 rockets were launched by Palestinian factions during the battle.

The rocket launchers are just holes dug into the ground. The IDF is bombing 0$ holes in the ground, with million dollar bombs.

You can dig those holes anywhere you want. The IDF basically bombed empty fields.

When the IDF realized they couldn’t stop the rockets from firing; that was when the IDF began to target civilian homes and schools and public infrastructure. The IDF thinks it can scare Palestinians into submission by killing children and families and destroying their houses.

Peter Wallace
Reply to  Israel is an Apartheid State

First thing they did was bomb the building housing multiple media outlets to stop the news getting out claiming it was a base for Hamas military that none of the media groups ever saw. Then they bombed abuilding housing a bank to help Palestinians then other infrastructure to degrade Gaza even further. All war crimes which Israel will refuse to answer too as they refuse to allow the ICC to investigate. However investigations into past crimes by both sides has already begun by invoking a right to investigate when the countries won’t or doesn’t investigate war crimes properly itself. Israel is screaming like a twisted soul about that prior to this recent event. That investigation will take years and if all it achieves is to publicise the horrors of crimes committed by Israel it will add much need fuel to the turning of the tide against Israel.

furioso
Reply to  Israel is an Apartheid State

Burning cockroaches in tunnels is always a good thing. Just like burning moujiks in Stalingrad. The IDF does not need to scare the palestinians pigs, needs just to kill the terrorist around them ;) .

Gentleman Jim
Reply to  Israel is an Apartheid State

The Zionist child killers have been totally humiliated in the latest conflict with Palestinians in Gaza. Even NATO postmortem of the Zionist cowardly war crimes has acknowledged that the hasty Zionist agreement of an unconditional ceasefire is actually an admission of defeat and inability to initiate a costly ground war against entrenched Hamas and other resistance groups who have mastered tunneling and kinetic asymmetrical warfare that would have cost the Zionists very heavy casualties. This latest Zionist defeat has ominous signs for a certain conflict with Hezbollah which is a thousand times better armed than Hamas and also is not geographically confined. Hezbollah will destroy the Zionists.

probably with satellite surveillance Israel did find some military targets; ultimately a defeat, both optically and objectively….the Overton window is shifting except possibly in USA

I see them circling 3 white spots, what is that supposed to be? I see a bunch of black spots, I guess those are bomb craters from Israeli bombs.

If we all agree that rockets need to be fired from a field because of the propellant, why did they level 9 high rise buildings.