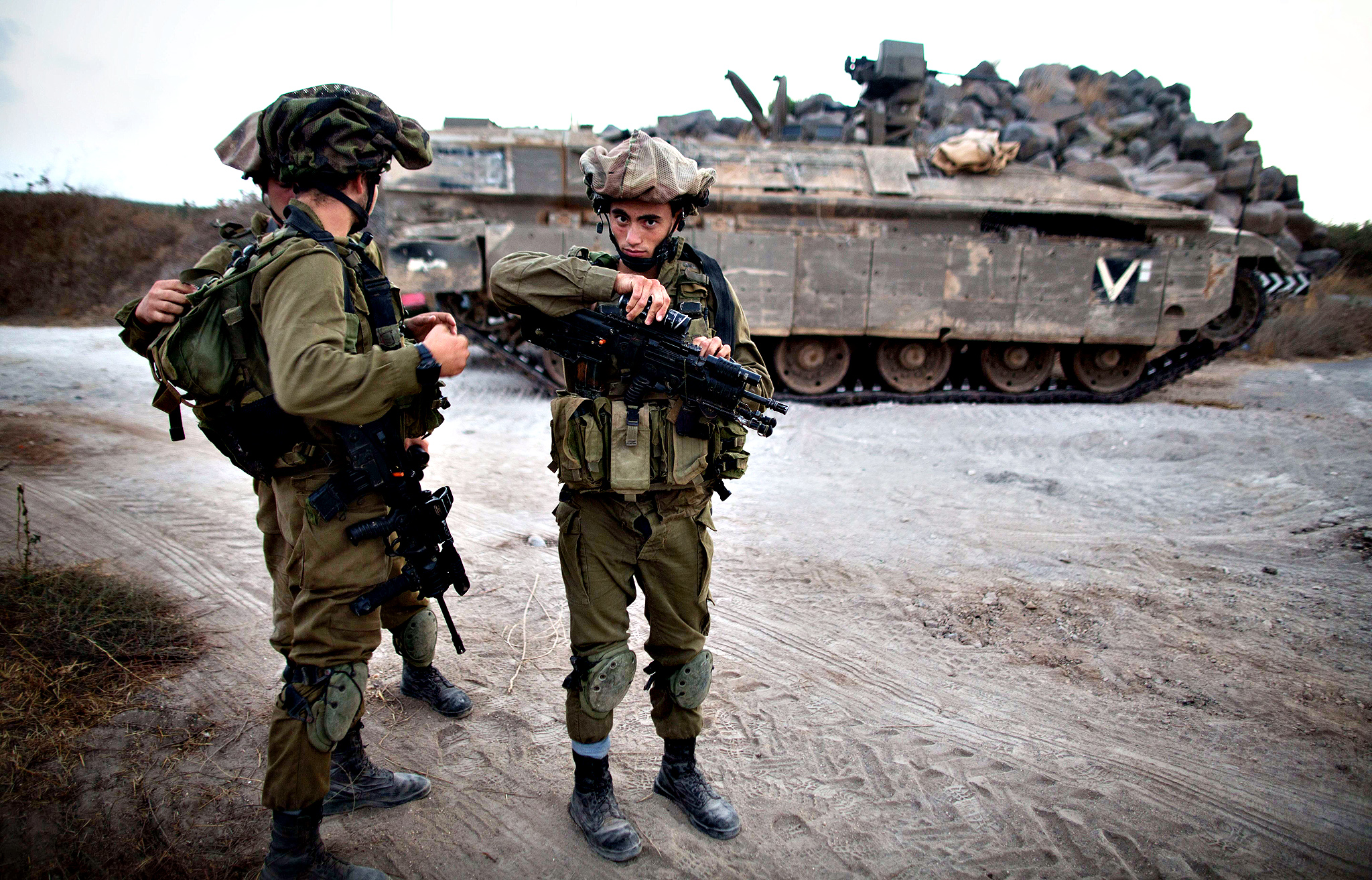 The Israeli military and police are preparing for possible unrest in the Golan Heights, on both sides of the separation line, as the U.S. is moving to recognize Israel’s sovereignty over the occupied region.

“We are preparing for the possibility of tension in the northern Golan Heights,” the Israeli military said in a statement on March 23, without providing any additional details.

Israel’s Channel 13 news said that snipers have been deployed in the region and riot control measures, such as tear gas and rubber bullets, have been supplied to forces stationed in the area.

A half of Golan’s residents are Syrians, who remained in the region following the Israeli occupation in 1967. The rest of the region’s population are Israeli citizens who were settled there with support from the Israeli government.

Several U.S. Senators, led by Lindsey Graham and Ted Cruz, are currently working to pass a new bill in the Senate and the House to recognize Israel’s sovereignty over the Golan Heights. The bill would also promote the U.S. conducting “joint projects” with Israel in the Golan, including “industrial research and development.”

U.S. President Donald Trump supported the measure for the first time two days ago and said: “After 52 years it is time for the United States to fully recognize Israel’s sovereignty over the Golan Heights, which is of critical strategic and security importance to the State of Israel and Regional Stability.”

Trump’s remarks were rejected by both the Syrian government and opposition. The rest of the world also supported Syria’s right in the Golan Heights. Russia, Iran, the Arab League, the European Union and even Turkey condemned Washington’s plans to recognize the strategic region as a apart of Israel territory.

Observers from around the world believe that the recognition of Israel’s sovereignty over the occupied Golan Heights will destabilize the Middle East and weaken the chance of a lasting peace in the region.

First these idiots childbutchers secretly entered into Palestine with Britain support. Then they butcheteds hundreds of thousands of Palestinians the native citizens to evacuate the land from them. Then they by gunpoint and by harasment forced them to leave Palestine. In front of these idiots and warmongers president Putin is like a Massaya and world savier.

absolutely necessary to evict the squatters from the land they illegally have taken on themselves to use – I used to think that a good and swift kick in the behind would send them onto the next diaspora but now a days I think a more resolute action needs to be taken.

the squatters are thieves, murderers and operate an ethnic cleansing program from the same page as hitler did, they operate a LEBENSRAUM-program (land theft on the west bank and theft of more or less the entire palestine and operate CONCENTRATION CAMP gAZA with the uyltimate aim is a full DEPALESTINATION-situation.

the squatters plan to sell the natural gas that has been found beneath the seabed off the coast of palestine – it needs to be noted that that natural gas is palestine’s property and the squatters can’t in any way claim ownership.

and likewise are the squatters, backed by stupid donny and fatso and bedbugcrazy bolton of the corrupt and criminally insane cabal in washington dc, prepared to lay claim on the Golan heights, which sits on vast volumes of hydrocarbons, petroleum, natural gad und zu weiter and that claim must be stopped as well.

the easiest way would be forturkey,iran, russia, syria, iraq and a few more to kick the squatters from there to kingdom come!

Ah, well, they will never be prepared for what is in store for them.

We’ll see if the “recognition” is still a go after the Israeli elections. It seems to be a maneuver to increase the chance of Satanyahu to win the elections and avoid going to jail. It’s a very bad move and hurtful for both the US and Israel. Golan won’t become Israeli land by the US saying so, but it put further distance between US-Israel and almost the rest of the world and injects fresh blood into BDS which gets stronger and spreads more with each passing day.

OTOH, since Trump became president Americans should get used to shooting their own foot. I gather there’s a masochistic enjoyment in it?

If the idiots tried to make it look more legitimate even by a rigged referendum, they could argue it’s the will of the inhabitants. But no… like anything Neocon and Zionist, they had to go by force! It’s for the peace, stability and democracy, why don’t we understand…

And Trump furthers our status as a rogue nation, good job clown boy.

All shall bow to the King in Zion.

Pack your bags and get ready to move out.

saw an article just a short while ago that there is a new power axis in the middle east, consisting of Turkey, Iran and Qatar and backed by Russia and China. apparently this is a worry for the squatters and saudi arabia since all of a sudden the situation is reversed.

and when the squatters tried to lure saudi prince mohammed bin salman and his gulf sheikdom friends to lead the attack on iran, the squatters had some high hopes but no, the lure didn’t take and mohammed should rightly be seriously pissed off with donny’s son in law. so seriously pissed off that he would do a khashoggi on donny’s son in law, who was the one that tried to fool mohammed.

so lets see what happens, moronistan is well advised to feck off the syrian venture and let the squatters settle their differences with the neighbours.

but rest assured that saudi ain’t gonna participate in any venture against iran since the first that would happen is that iran would finish off saudi’s loading ports, ras tanura, und zu weiter, and the same would happen to the other sheikdoms in the gulf.

Most of the ‘Syrian’ inhabitants of the Golan applied to Israeli citizenship a long time ago. They are all Druze and their Religion tells them they have to be loyal to the ruler of the land. During the Syrian civil war their religious leadership officially said that they are no longer Syrians They send their sons to fight in IOF and as any Palestinian can tell you the Druze soldiers in the IOF are the worst

For the record, half of the Golan’s population is ethnic Syrian. Much of those are Druze which have since applied for and received Israeli citizenship. And the Golan is under the civil administration of Israel ever since they annexed it, so if you ask the locals they’ll say the Golan is no more occupied than Tel Aviv is. What the IDF is worried about is cross border attacks that might occur with or without Assad’s approval.

Well if Israel started attacking Syrians, Syria could ask for UN approval to rescue the people from the Israeli terrorists?