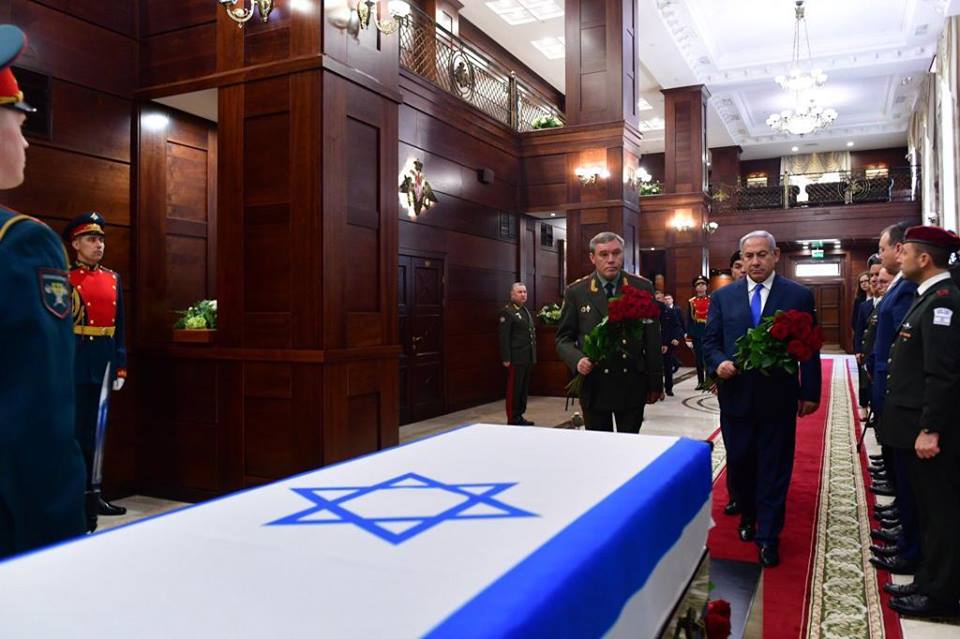 Israel’s Maariv newspaper has named the two Syrian prisoners who will be released soon from Israeli jails as a “good will gesture” after the recovery of the body of missing Israel soldier, Zachary Baumel, earlier this month.

According to a report released by the newspaper on April 27, the two prisoners are Zidan Tuil, a resident of Khader who was jailed in Israel after being convicted of drug smuggling and Khamis Ahmed, a Fatah activist and a resident of the Yarmuk refugee camp in Syria who attempted to infiltrate an Israeli base in 2005.

Tuil was reportedly expected to be released from jail next July, while Ahmed was sentenced to prison until 2023 on terrorism charges.

According to the official, the decision to release the Syrian prisoners was taken as a “good will gesture” following the recovery of Baumel’s remains, which were found by Russian and Syrian forces.

Russian President’s Special Envoy to Syria, Alexander Lavrentiev, who was the first to announce the near release of the Syrian prisoners, said that the recovery of Baumel’s remains was “an act of interest for the Syrian side.”

The cuck trades Believers for dead ones, ahaha.

“Good Will Gesture”?? Stop lying. This is a DEAL brokered by Russia. Remains of dead IDF soldier for release of two political prisoners. No good will gesture. Good will gesture is if you don’t get anything in return.

Yes and when the Israeli cabinet found out about it they tried to stop it happening, but Putin reminded them all that he’d been promised this, and expected the Israelis to keep their part of the bargain, hence the going against cabinet approval approach, and instead using the attorney general to approve the swap. A secret deal between Binji and Putin that the Israeli cabinet wasn’t even aware of, mmm, seems like Putin’s sowing some discord amongst the Israel’s now.

“Putin reminded them all that he’d been promised this,”

You got a source for that claim?

“But this action was not unilateral — Israel made a decision, which it will have to carry out later, to release some of the Syrian citizens who are in Israeli jails,” added Lavrentiev, who serves as President Vladimir Putin’s special envoy to Syria.

Read the whole article to understand the context of that statement.

Read some Jewish news occasionally MORON. I wasn’t going to link the article because I’d prefer to make you to do some work too, but that’s unfair to anyone else who may be interested. https://www.timesofisrael.com/israel-to-release-syrian-prisoners-as-goodwill-gesture-after-return-of-baumel/