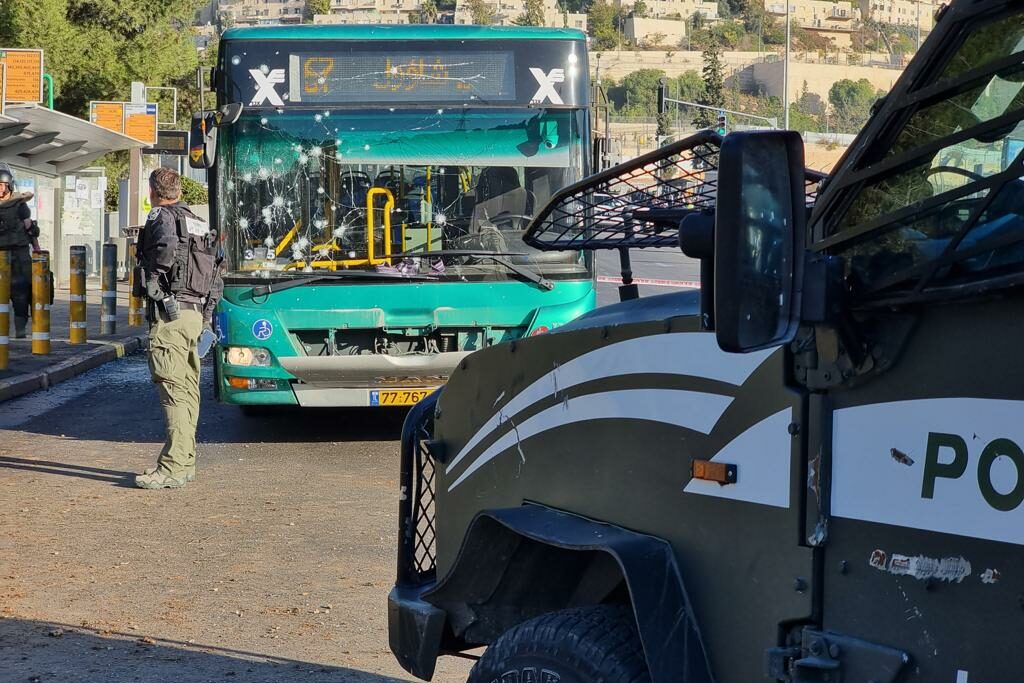 On November 23, one person was killed and 22 others were wounded when two explosions rocked different bus stops near entrances to Jerusalem city.

The first explosion targeted a bus stop close to the main entrance of Jerusalem in Givat Shaul, shortly after 7 a.m. At least 18 people were wounded in the explosion, including four seriously.

One of the casualties later died at Shaare Zedek Medical Center. He was identified by the Israeli media as 16-year-old Aryeh Schupak.

A second blast, which took place shortly after 7:30 a.m., targeted a bus stop near Ramot junction, another entrance to Jerusalem. Five people were wounded. 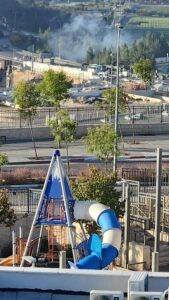 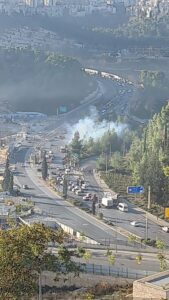 Police officials told The Times of Israel the explosions were likely caused by near-identical remotely-controlled explosive devices which were packed with nails to maximize casualties. The officials believe that the bombs were hidden in the bushes behind the bus stops.

Citing an assessment by defense officials, Ynet reported that the twin bombings were out by a cell numbering several members who knew the terrain well and planned the attack long in advance. The assessment says the attackers operated independently and were not guided by a handler in a larger group.

While visiting the scene of the bombings, Israel Police Commissioner Kobi Shabtai said that there may have been two attackers.

“This is a framework of attack that we haven’t seen for many years,” Shabtai said.

The twin bombing were hailed by the Palestinian Hamas Movement. A spokesman for the movement said that the attacks were a “message to the occupation by saying that our people will stand firm on their land and cling to the path of resistance.”

The Palestinian Islamic Jihad also praised the bombings, saying in a statement that they were a “natural response to the occupation, its terrorism, and its criminal practices against the defenseless Palestinian people and its holy sites.”

The twin bombing came following a series of Palestinian attacks that targeted Israeli troops and settlers in Jerusalem and the West Bank. The bombings will likely provoke a fierce response from Tel Aviv, who may boost security measures targeting Palestinians.

We can never be sure they are not bombing themselves for political reasons. Unfortunately innocent people suffer.

A dead ISISRAELI makes the sun shine all day!

These things usually precede a mass murder by the Jews of the Palestinians this story is from Ynet news. Do you still not get it ?

This is SouthFront. People here rarely ‘get it’. They’re too ignorant and dumb.

SF gets it ,they seem like veterans with a common interest in warfare, with a rare free speech platform, conflict is the norm here.Thanks SF

I understand what you are talking about. I’m no fan of the “israelies” either. You’re saying it could be a false flag so they can have an excuse to kill more Palestinians. The only problem is that some of these SF readers aren’t native English speakers, and through ignorance, often mistake a positive comment for something negative.

1 Israeli killed and 1 injured most bus passengers are Palestinians with a 42% non Jewish population in Jerusalem…remotely detonated.. by 2 coordinated assailants extremely unusual.

A dead Muslim makes the sun shine all year. Especially if it’s a load of shit-stinking Muslime kiddies.

Muslims and Jews are the same shit.

Is that you Ron DeSantis?

Yes,Palestinians are inocent as well.

An attack on civilians anywhere is condemned, there’s no justification for such crime. My prayers are with the affected and their families.

That being said, states must notice that they can’t buy security and prosperity at the expense of other people. The world is round, whatever crimes you do to others comes back to bite you where it hurts. Bibi will take advantage of this attack for his own political gain and the regime will use it to justify further terror attacks and more bloodshed. The vicious cycle continues.

Didn’t ythe Massad assassinate Iranian military officers over the last 24 hours in Syria? You reap what you sow.

Palestinian jihad praised the attack? That’s strange, they’ve proudly Wahhabis, just few months ago praised Israeli terror machine as a punishment from God to ‘fake Muslims’ as they say. Only ones are them who are fake, and theis Wahhabi-Saudi-Israeli sponsors. You did absolutely NOTHING for Palestinians and freedom. Period.