On May 17, rocket sirens were activated in the Golan Heights and several Israeli sources reported that the Israeli Army’s Iron Dome anti-rocket system had launched at least one missile. Some sources claimed that the Iron Dome had intercepted a rocket launched from southern Syria, while other reported that an unmanned aerial vehicle (UAV) had been shot down by the system over the Golan Heights.

According to Syrian pro-government activists, the Iron Dome system in the Golan Heights launched one missile, which fell in the southern al-Quneitra countryside. However, the activists didn’t provide more details. Few minutes after the incident, Avichay Adraee spokesman for the Israeli Army announced that a “false alarm” resulted in the activation of the rocket sirens and the Iron Dome system in the Golan Heights. Adraee added that the Israeli Army is currently investigating the causes of the “false alarm”.

A tension between Israel and Syria has been on the rise since May 10, when more than 50 rockets were launched at the Israeli Army positions in the Golan Heights from Syria, resulting in a series of Israel airstrikes on Iranian and Syrian military positions.

Any bloody excuse from the Masters of False Flag technology

By fraud and by tricks how the US, UK and Israeli migrants took the Palestinian land from Palestinians and hold all Palestinians oppressed and hostage. There is any big crime than this?

How close are the two opposing forces are from each other? Close enough that the Golan’s residents say that they have to live in blind faith in the IDF’s ability to deter their enemies. Calling the situation tense is an understatement.

Sure whatever Saudi boy.

Trump and Netanyahu both are busy in destablizing Syria. Both criminals are holding Syrians hostage.

sending couple of hundreds drones that emitting a false signal as to what they are, will render the iron dome useless in less than 30 minutes and it cost a shitload to the enemy. Do this every day and iron dome, becomes iron shit. And all at a cost of less than 10.000 euro.

Khazarian Apartheid II. regime will one day steamrolled with tens of thousands small drones launched from nobody knows. Nevertheless there is peaceful alternative: After all world understand Great Khazarian Scam, there will worldwide boycott as was at times of Apartheid I. and consequently Khazarian murderous regime will collapse itself spontaneously.

Boycott, will not work. You know how many times this impostors been expelled from the countries they polluted and destroy trying to control them? Half measures is what send this world into self destruction, before this written history and will send it again to the same destiny as long this cancer on earth is allowed to survive and re grow.

is either them or us. no middle ground no compromise on this. They are every where with their followers and clones and they not a race, is a decease, as viruses are. Either they are extinct, or humanity will.

“….sending couple of hundreds drones that emitting a false signal ”

Even cheaper , how about a couple hundred watermelons emitting false signals ? : 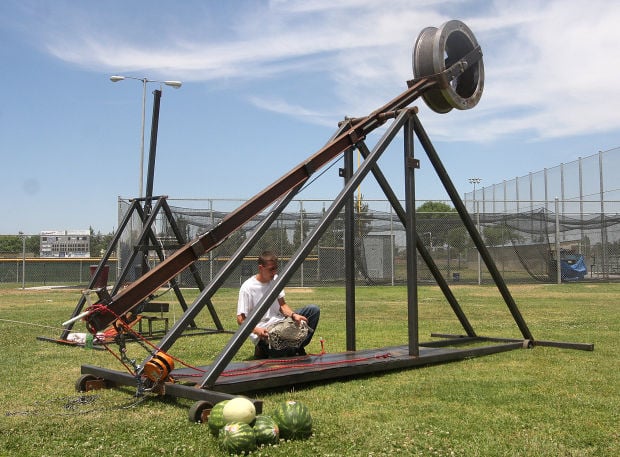 What an absolutely brilliant idea. Really, this is what is called ‘lateral thinking’ and it works SO well. 10 points! Hope Hizbollah picks up on it.

Besides, I read that the “Israeli Iron Dome” (in reality, repackaged (American) Raytheon technology) was proven to be ineffective?

Last paragraph of the article: “A tension between Israel and Syria has been on the rise since May 10,
when more than 50 rockets were launched at the Israeli Army positions in the Golan Heights from Syria, resulting in a series of Israel airstrikes on Iranian and Syrian military positions”.

You got it wrong, sir! The end part of the sentence should read: … when more than 50 rockets were launched at the Israeli Army positions in the Golan Heights: a RESPONSE to israeli airstrikes on Syrian territory.

There! Now you’re not fake news.

It’s amazing , isn’t it ? The MSM can now quote Southfront as a source in their propaganda.

Might as well just wave the white flag and get it over with….

only the invisible SU PAK flew over israel.

get off the drugs, you are a moron from birth, drugs make it worst.

I see Solomon’s memory is still alive and well…. I missed him too.

The guy had a certain charm despite his broken keyboard, awful views and even worse English.

See his comments on other sites so no distant memory for me,lol.

Where? Kindly give me a link.

This time I’ll arm myself with a burlap sack!

See him on AMN once in awhile others you would fear to tread right in the heart of Western Trolls and Journalists spouting lies like Ziocraptor does but more drone like monotonous lies.

You would need a Burlap sack to deal with them on the other sites, especially to toss them in and throw them in the river like drowning Kittens almost.

Iron dome is expensive and rendered ineffective with a heavy swarm of projectiles, decoys and drones.

The iron dong was premature again?

They’re just a little “jumpy” in the Golan these days.

They might try cutting back on the caffeine until things settle down.

“Some sources claimed that the Iron Dome had intercepted a rocket
launched from southern Syria, while other reported that an unmanned
aerial vehicle (UAV) had been shot down by the system over the Golan
Heights.”

While other sources claim it was an Amazon drone delivering empty plastic bottles to its workers to pee into.

Hahahaha tit for tat; didn’t the Israelis pulse the Syrian air defence to do the same thing a month or so ago.