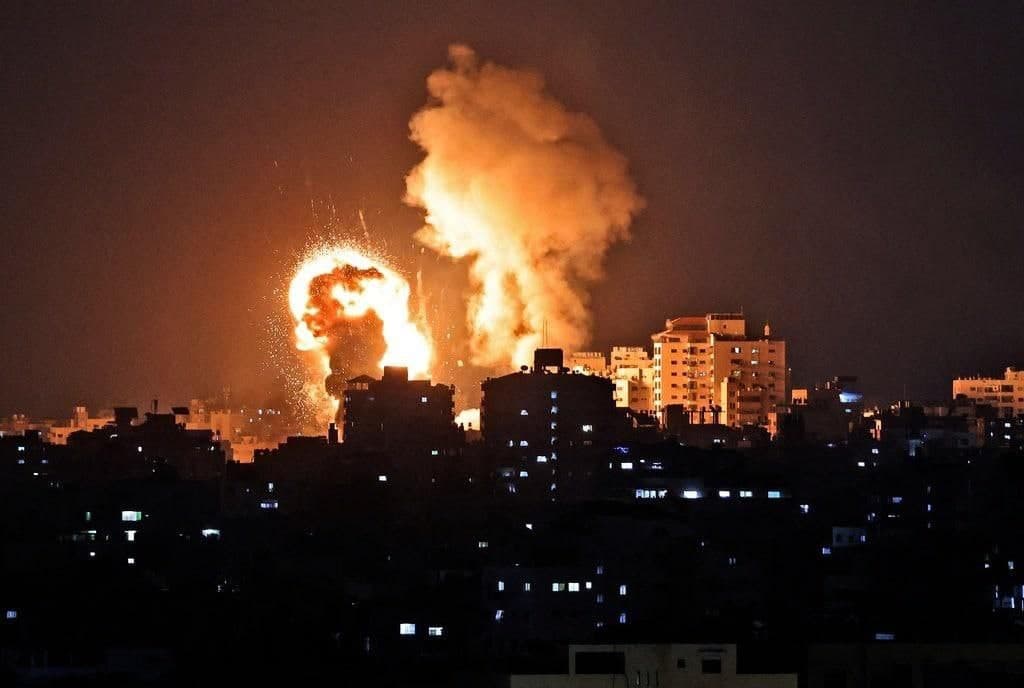 According to the Israel Defense Forces, about 150 rockets have been fired from Gaza towards Israel since the beginning of the escalation. As a result one Israeli soldier was reportedly injured.

In response, the IDF targeted military and civilian sites in Gaza. At least 65 people have been reportedly killed so far.

In response to the continuous rocket fire from the Gaza into Israel, we have now struck numerous Hamas terror targets in Gaza, including:

Videos showing the IDF targeting the sites in Gaza, where the rockets towards Israel were launched from, were spread online. Most of them are located in civilian areas.

The numbers of casualties, as well as material damage caused by the hostilities from the both sides are not comparable.

Why are the palestinians still attacking when they know they dont do much damage and get more damage back. Whats the win?

The palestinians are opressed and israel is oppressing though

Probably the only way for Netanyahoo to stay in power.

This proves that Israeli weaponry is superior to junk Chinese Russian and Iranian weaponry hahahha.Muslims bbqed

Putin’s partners are at it again in convenient ” retaliation ” for some harmless , highly televised, and beautifully produced missile attacks. Palestine will be flattened and more Palestinians slaughtered. Then the real fun will be begin as the Zio- West dares anyone to do anything about it. Get your pop corn the theater is starting.

this shows just one thing Israel is afraid like shit, and it will never win this war….nor against an real army….how good they can hide behind the US….soon they will suck Chinese dicks to get some help….from China when its the new World power

@Proud hindu you still dont believe it when i tell you that millions of indians will die of famine pestilence etc pp?

i see 2006 repeating itself in palestine

i see zionist desperation and defeat

65 dead, 65 more on Putin’s bodycount. When will you all finally realize that Putin is only interested in “business and partnership” with the ziocorporate NATO/jew thugs, the same ziocorporate puppet Putin who jails and executes holohoax “deniers” by the thousands while still celebrating the mass rape and genocide of the innocent germans, what the “russians” call “victory day”.

If Putin wasn’t a ziocorporate jew puppet, he would’ve escalated the situation and unleashed WWIII along with total nuclear annihilation upon the whole world, because this is what the ziocroporate thugs obviously don’t dare to provoke.

Putins “de-escalation” efforts only show that he is either a coward or a puppet, who wants “peace”, fuck peace. I want to see the world burn in a nuclear inferno because war footage is the only thing that makes my little shylock stand up.

@Proud hindu You’re an idiot, Israel gets most of its weapons from USA. Where do you think they got their F-16’s and Drones or the missiles for their iron dome? Even the crap Iranian rockets make the Israelis poop their pants and run for cover.

One cannot trust an apartheid regime to tell the truth. More Palestinian oppression wrapped up as a defence response. Quite soon there will not be a Palestine, just a greater isreal, stolen from Palestine, Syria and Jordan, which will be anything but great.

Glory to God. With his mercy, He has opened the way for a Holy struggle against the forces of Satan, of Amerika the anti Christ and “Israel” the abomination of desolation. The armies will gather from Yemen and from the East (Iran/Iraq). Egypt will follow. fantastic events are quickly to follow. The end times are upon us. Imam Mahdi (AS) rule is near. The eyes of the universe will look to Palestine and see a people of faith who do not fear death, fight the (satanic) worlds powers, as in Yemen witness the miracles unfold, inshAllah. Victory to the believers and revenge for Imam Hussain (AS)

Sadly, this forum has gone totally downhill since they imposed censorship. No sensible comments anymore, just trolls and attention seeking idiots. Disqus or an open forum would revive interest.

Amazing that Pals think they can take on IDF. They are a death cult. Whether you are in favor or not, they do this for intl attention and sympathy. They know they cannot win militarily. They sacrifice a certain amount of their overpopulated people to get checks from rich Gulf princes and votes in the UN. Remarkably stupid people.

Netanyahoo brutally molested and terrorized Palestinians to provoke Hamas. And they took the bait. A little victorious ‘war’ against children is exactly what he needs to stay in power.

Conveniently Putin just had a ‘School Shooting’ taking the headlines in Russia, so it’s all good…