On January 31, Israel’s Defense Minister Avigdor Lieberman said that the Lebanese Army and Hezbollah will pay the price for Iran’s entrenchment in the country if a new Israeli-Lebanese war erupted. The minster also stressed that the Israeli Army will not hesitate to conduct a ground operation inside Lebanon in the event of a new war against Hezbollah.

“Lebanon’s army and Hezbollah are the same — they will all pay the full price in the event of an escalation … If a conflict does break out in the north, ‘boots on the ground’ remains an option,” Lieberman said at an annual conference held by Tel Aviv University’s Institute for National Security Studies, according to the Times Of Israel.

Lieberman continued promising that in any future war “all of Beirut will be in bomb shelters” and stressing that Israel will not allow the repetition of what happened in the 2006 war when most Lebanese areas where witnessing normal life, but Israelis were hiding in the shelters most of the time.

“We won’t allow scenes like in 2006, where we saw citizens of Beirut on the beach while Israelis in Tel Aviv sat in shelters,” said Lieberman.

The Israeli defense minister even claimed that the Lebanese naval oil field (Block 9) is inside the Israel waters. Lieberman went on and threatened the companies that are developing the oil field with the Lebanese government by saying that they are making a “grave error.”

“When they [the Lebanese government] issue a tender on a gas field, including Block 9, which by any standard is ours … this is very, very challenging and provocative conduct here … [These companies] are, to my mind, making a grave error – because this is contrary to all of the rules and all protocol in cases like this,” Lieberman said according to Reuters.

In response, Lebanon’s President Michel Aoun said that Lieberman’s statement is a threat to Lebanon and “its right to sovereignty over its territorial waters.” Lebanon’s Prime Minister Saad Hariri said in a statement that Lebanon would take up Lieberman’s comments with the “relevant international bodies to affirm its right to act in its territorial waters.”

From its side, Hezbollah said in a short official statement that Lieberman threats are an example of the Israeli ambitions in Lebanon’s wealth, land and water and a part of Israel’s aggressive policy against Lebanon. The Lebanese movement also stressed that it’s ready to counter any Israeli attacks on the Lebanese oil fields.

“We reaffirm our firm and frank position in confronting any assault on our oil and gas rights and to defend Lebanon’s facilities and its resources,” Hezbollah said in its official statement.

However, Lieberman’s threats will not likely lead to the escalation situation along the Lebanese-Israeli border. The minister is well-known for his aggressive language and threats against Hezbollah, Syria and Iran.

Jerilyn you little Troll…. you talk as much Bullshit as this Lieberman does…. I prefer to work as a Bankster…. can buy me a Saab 99 Turbo a second that way…. suck up oil from underneath Israel…. sounds like a splendid idea… make mo’ moneyyy…..

Have you ever heard of the Golan heights? Imbecile.

Once the great people of Israel are liberated from the Zionist stranglehold, there will be peace and love in the Middle East ,and people will live as brothers once again

First we have to get rid of All Satanic Headchopping Evil Mofos running the show atm…. then there will be Love, Peace & Harmony so let’s be brothers…….

There’s not much difference in the rhetoric of Lieberman, Netanyahu or Trump vs. the terrorists they claim to fight. You could have replied the name Lieberman with ISIS and it would have been an ISIS statement. Same with Trump and his ‘fire and fury’ statement. Here we see the arrogance that comes from the believe that might makes right.

Which in this case is worse because Lieberman is a racist fuck, who in any other country would have been called a rieo Nazi by the hysterical left.

In short: we will not directly fight against a hardened Hezbollah, but will rather bomb Lebanese urban areas instead, and we are planning on slant-drilling into Lebanese territorial oil resources in future.

It’s the Zionists who need to pay a heavy price for what they’ve done to Syria and Palestine.

He is an Eastern European(Moldovian) who have migrated to Palestine(occupied West Bank Area) in 1970s and became an illegal settler there, how dare this guy asking Lebanon native not to explore their natural resources?

Lieberman continued promising that in any future war “all of Beirut will be in bomb shelters” .

Surely that would be a War Crime :)

The Israeli child killers appearing in a specially convened court in Nuremburg would be a joy to see.

I’d much rather see them reap what they’ve sown!

That’s what I thought Gabriel. The death sentence should be carried out by hanging (slowly) .

“When they [the Lebanese government] issue a tender on a gas field, including Block 9, which by any standard is ours”
Their standard consists in the theft of resources and land. Look this map! 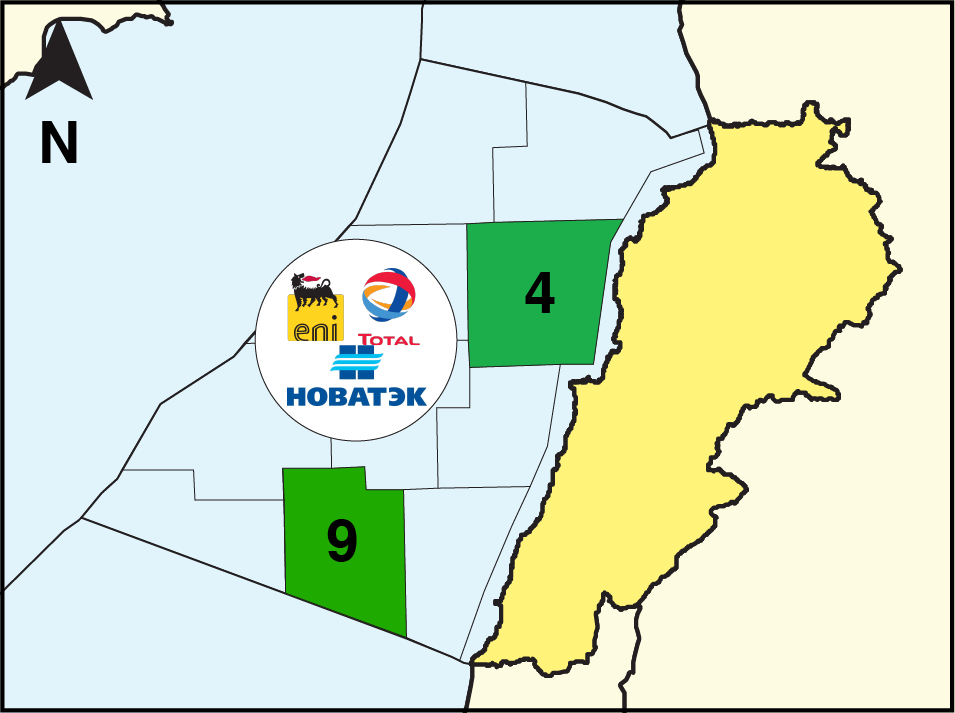 Jews have been harping on about war for some time, doubt that they are capable of any serious combat.

Perhaps not, but they have America, who will bomb all the Lebanese schools and hospitals for Israel.

From Lieberman: “………….because this is contrary to all of the rules and all protocol in cases like this,” Lieberman said according to Reuters.”

So NOW Israelis decide that RULES are important???

I’m sure Hezbollah’s answer to Lieberman is “Go to Hell” and then proceed to send them there.

I would agree, both, Figuratively and literally

Because of America, kill America, and you kill Israel.

So, finally Lieberman speaks the truth about 2006 and how they cowered before Hezbollah. Where are those Zionist trolls that kept saying how Israel beat Hezbollah back then? Here is conformation from Satan’s henchmens own mouth. If Lieberman thought they got their asses kicked back then, how does he expect that to change today? Hezbollah is many times stronger now than they were then. They might even want to return to Israel some of the modern weapons that they have collected from Israels terrorists. Lieberman might also want to consider the statements from Hezbollah about what they might target (with newer missiles) next time around. Getting their asses kicked in Lebanon might just be the least of their worries.

In some very early AbrahamIC religious text, begin with “All was Chaos” and some today say the nobelest of humans is found in how they have reacted to this chaos, most assuredly one does not find much nobility of purpose by leaders of Israel, Nor for sure in any natoons political leadership.
Then there seems to be damn few people of world’s common even understanding of
nobility of purpose.
Look at Israel as if one of quite large corporate buisness concerns, a business that has to constantly expand, “or else”,
The or else means beat the f out of neighbors, continue your mythological lies, or the business has no reason to exist.
Yes it is unbelievably profitable. especially due to outside of nations blackmail by guilt donations, and power blocks that control foreign politics.
Interlocking directorate positions.
There are very few of Judaic believers of real wealth who want to move to Israel, so the send their money and other nations funds, their shareholders in Israel are glad to keep ME in turmoil.
Without the whole world as being their enemy, a constant refrain, the share holders would keep their shekels .
Lebanon military is not Hezbolla military, Lebanon military are US,French, German and Brit trained and armed, their loyalty not so much for those people next to Israeli borders but the Gov controlled trade bureau members who depend on Euro financials.
Hex members may be integrated in Lebanon military structures bust only as a very small minority.
Hex political arm is part of Lebanon’s Sovereign Government, but it has set in place before becoming mainstream, it’s own financial cultural and social organizations that represent the Hex Moran what Lebanon’s gov ever put in place for the original Lebanon people.
When Israel attacks Hex area the formal Lebanon military only worries about its capital and associated business concerns, putting up no real resistance to Israel attacks.
THEY care not of Hex are destroyed, looking at it as to their advantage.
Hex is on own, no matter how mainstream of business and politics they have become.

In other words, give us your oil, or we will kill your women and children.

So back, eying up Lebanon’s water resources again?
Invasion, occupation and theft.
Most of the planet are eying up the Golan and hoping Syria will reclaim its rightful territory.
Syria and Lebanon now have well trained, experienced and battle hardened troops.
Cheered on by all of us who believe in national sovereignty, territorial rights and integrity and the rights of people to their own states and resources.
Iraq, Syria, Iran and now Lebanon – I am right on your side – fortunately so are the Russians.

the way that the rascals in Tel Aviv have fomented so much death and destruction,,,financed by their Zionist masters…never ceases to amaze me…it reminds me of the adage..” Butterflies in Brazil flap..and cause an earthquake on the other side of the World…”..if we are ever to restore civilized life on Earth..we MUST start with the Zionists in the US and the UK…

Really! Hezbullah sent the cowardly bastards running home to their mammies and daddies in the last conflict. The israelis are good at murdering defenseless women and children– but real men? They run like the cowards they are . Liberman– does that name translated mean– “man of lies” (A LIar). It is a German name. Really, I can hardly wait, if they have the courage to take on Hezbullah. This time, they will truly have their clocks cleaned. Palestine, Gaza–Lebanon, Syria, Iran, Iraq are forever–Israel which is the stolen land of Palestine is not forever–it’s time is near . . .

Wow an Israeli calling for international law to look into Lebanese oil drills
Did Hitler talk like this lunatic?
Cause he’s a huge embarrassment to a right thinking individual. I’d have said man, but the Liked party is dripping with weirdos!!

The nazis must be proud of how much Israel has learnt from them.

“The disciple always becomes better than the mentor”.

I mean Israel minus prime minister Rabin and a few others.

Besides, the word “zionist” actually means “Israeli nationalist”, the usage we make of it on these pages is incorrect and probably common due to the lack of another word describing the cabals which run the Tel-Aviv/Washington DC axis.

Well we all heard this and alike threats over and over again. In 2006 you provoked War with Lebanon, and your navy killed a family of Palestinians on the beach, and no one knew about that, but everybody knew 10 Israleli soldiers that has been killed or captured by Hezbolah. If he thinks that they won the War in 2006, I don’t know what defeat would look alike?
Now gas and station 9 is military target? Wow.