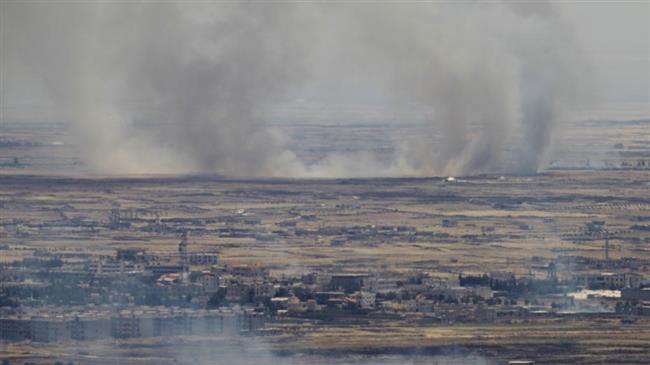 “They came and Bogie wanted to understand who they were. He asked one of them, ‘Tell me, are you a Salafist?’ And he said, ‘I really don’t know what a Salafist is. If it means that I pray more, then yes. Once I would pray once a week, on Fridays, now I pray five times a day. On the other hand, a Salafist isn’t meant to cooperate with the Zionists. I’m sitting with the defense minister of the Zionists. So I don’t know.’ This means that identity components are very fluid. They don’t tell you where the person is going.” Maj. Gen. Hacohen said at an Israel Democracy Institute conference, the Israeli Haaretz newspaper reported on November 23.

The meeting likely took place before Maj. Gen. Hacohen retirement from the Israeli military in September, 2014. Back then, most of southern Syria was held by the Free Syrian Army (FSA).

Maj. Gen. Hacohen claimed that the Syrians who met Ya’alon were “activists.” However, the fact that the Israeli defense minister met with them suggests that they were military commander of the FSA.

Israel’s cooperation with the FSA in southern Syria is well-documented. Last year, the Syrian opposition news agency SMART published a video of FSA fighters using 107mm rockets that was supplied by the Israeli military. Both sides even planed to establish a “safe zone” in southern Syria, according to a report of the Intercept.

Despite Israel’s support, the FSA failed to keep southern Syria under its control when the Syrian Arab Army (SAA) and its allies launched a military operation in the region earlier this year.

Israel’s fingers are in every turd pie in the universe.

Is it a crime to earn money? https://www.youtube.com/watch?v=mEhHeILa3HE

Yes! If killing people is needed for you to earn money then it is a crime.

What would be the story if the Russians were helping ISIS?,just a thought.

bad bad bad Russia and we need to nuke them immediately ….lol

Don’t care. Russia is not working with ISIS and that is good enough for me!

Russia-Syria-Iran is working with ISIS. This article is just more Russian propaganda.

The story would be that Russians are filthy animals.

In this part of the world, the gap between activist and insurgent can be measured only by an old AK.

Why does southfront have trouble calling these ‘operatives’ what they are… terrorists..

It was the USA that stopped supporting the FSA in southern Syria what are they talking about, pure BS and a very confusing, is this just propaganda with no substance, and really only meant to confuse and anger, YES. GIVE US NEWS SF, NOT USELESS BS PROPAGANDA.