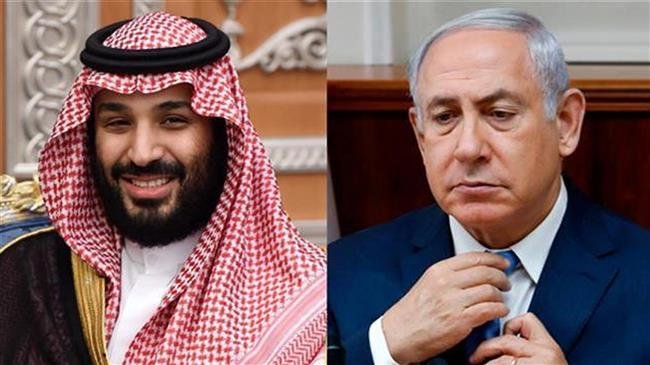 The Israeli company NSO Group Technologies offered Saudi Arabia a system that hacks cellphones, a few months before Crown Prince Mohammed bin Salman began his purge of regime opponents, according to a complaint to the Israeli Police which is currently under investigation.

NSO, whose development headquarters is in Herzliya, Israel, claimed that its conduct was in accordance with the law and that its equipment is being used in the fight against crime and terror.

A Haaretz investigation on testimony, photos, travel and legal documents reportedly reveals the Saudi’s attempts to buy the Israeli technology.

Among the first requests the Saudi delegation made of NSO while negotiating a $55 million deal to procure the technology was that the company help Riyadh uncover the true identities behind dissident Saudi Twitter accounts.

Haaretz documented a serious of meetings leading up to the June 2017 deal, one of them including a top Saudi intelligence official:

“Arriving at the hotel were Abdullah al-Malihi, a close associate of Prince Turki al-Faisal – a former head of Saudi Arabia’s intelligence services – and another senior Saudi official, Nasser al-Qahtani, who presented himself as the deputy of the current intelligence chief. Their interlocutors were two Israeli businessmen, representatives of NSO, who presented to the Saudis highly advanced technology.”

Furthermore, the Saudi delegation appeared quite impressed by Pegasus’ capabilities:

“During the June 2017 meeting, NSO officials showed a PowerPoint presentation of the system’s capabilities. To demonstrate it, they asked Qahtani to go to a nearby mall, buy an iPhone and give them its number. During that meeting they showed how this was enough to hack into the new phone and record and photograph the participants in the meeting.”

This also follows Edward Snowden’s claims on November 6th that the Kingdom used the Israeli company’s spyware to track Jamal Khashoggi, among other dissidents. Even prior to that, the assertion that Israeli spyware has been used against Saudi dissidents was first reported by the Canadian research institute Citizen Lab in October.

According to the report, NSO’s Pegasus spyware had been installed on the phone of Omar Abdulaziz, another exiled Saudi dissident and a friend of Khashoggi’s.

Abdulaziz claimed that he used his cell phone to discuss Saudi politics and cooperate projects with Khashoggi prior to him being killed.

“Some of you may have heard about the Saudi journalist and dissident Jamal Khashoggi,” Snowden said. “He went into the [Saudi] consulate and he was immediately strangled… how did this get planned, how did this come together…?”

The Saudis, he continued, “knew he was going to come to the consulate because he had made an appointment… but how did they know what his plans and intentions were, how did they decide that he was someone they needed to ask against, who was worth the risk?”

He then went on to suggest that the Kingdom spied on Abdulaziz who was exiled in Canada.

“The reality is that they bugged one of his few friends and contacts using software created by an Israeli company. We don’t know the chain of consequence because this company will never comment on this, but it’s one of the major stories not being written about,” Snowden added.

As reported by the Hebrew website of the Globes business daily, NSO responded to the allegations as follows:

“Not only does the company work subject to military export laws. It is also the only company of its kind in the world that has an independent ethics committee that includes outside experts with a background in law and international relations, with the goal of preventing its products from being misused, and therefore, contrary to what has been reported in the press, the company does not sell them and does not make their use possible in a large number of countries. On a daily basis, NSO assists in saving lives of thousands of people from the hands of terrorists, drug barons, child-abductors, pedophiles and others.”

Haaretz also provided an overview of the spyware’s capabilities:

“Pegasus makes it possible to carry out nearly limitless surveillance of individuals, including taking control of cell phones. Its capabilities include collecting information about the phone’s location, wiretapping into it, recording conversations taking place near the phone and photographing those in the vicinity of the phone.”

In addition to Pegasus, Haaretz reported that MbS was making a push to procure even more pervasive and powerful spying technology:

“In the Vienna meeting of April 2017, the Saudis presented a list of 23 systems they sought to acquire. Their main interest was cybersystems. For a few dozens of millions of dollars, they would be able to hack into the phones of regime opponents in Saudi Arabia and around the world and collect classified information about them.

According to the European businessman, the Saudis, already at the first meeting, passed along to the representatives of one of the companies details of a Twitter account of a person who had tweeted against the regime. They wanted to know who was behind the account, but the Israeli company refused to say.”

This is unsurprising since the apparent warming of relations between Israel and Saudi Arabia in their covert intelligence sharing partnership. It is quite likely that more such collaborations will be unearthed during the surprising mainstream media scrutiny under which Mohammed bin Salman and the Kingdom are being placed under.

I know… no need to spy half the morrons out there plaster everythinf online for free!!! Have you benn to a gym lately?? How did we become so self centered and vain?? Injust dont get it.

Extremely simply put? Women like attention, so social media is catnip to them. And men feel they need to buff up as women nowadays have their own income. When you can’t get a mate because of your job you must attract them with something else, with your physique?

To Barba_Papa and Concrete Mike the last sentence in both your statements is the bottom line, it’s supposed to be a communication device not a frivilous toy. I’ve despised phones all my life I’m 75 and i’ve been in and around business all my life it’s a tool. I just found out on Thanksgiving my neice gave her daughter a $1,000. iPhone she’s 12, but can’t make their $500 a month house payment. It’s all relevant. Never have understood the fascination with them.

I think its because our state have no moral foundations left…its all eroded in a sea of cheap one liners…made in china junk and lust for profit and individualism above all else. All that veneer on top yet our “leaders” are still obsessed with tribal warfare.

We are getting dumber by the day!!!!

great picture(s) above of two criminals and both are eagerly awaited before the ICC in den Haag and, they will end up there, both of them, once the disunited states of A has crumbled and disintegrated to nothing. it won’t be long.

The ZioNazi “government” will sleep with anyone willing to pay. There is a word for that: w.h.o.r.i.n.g.