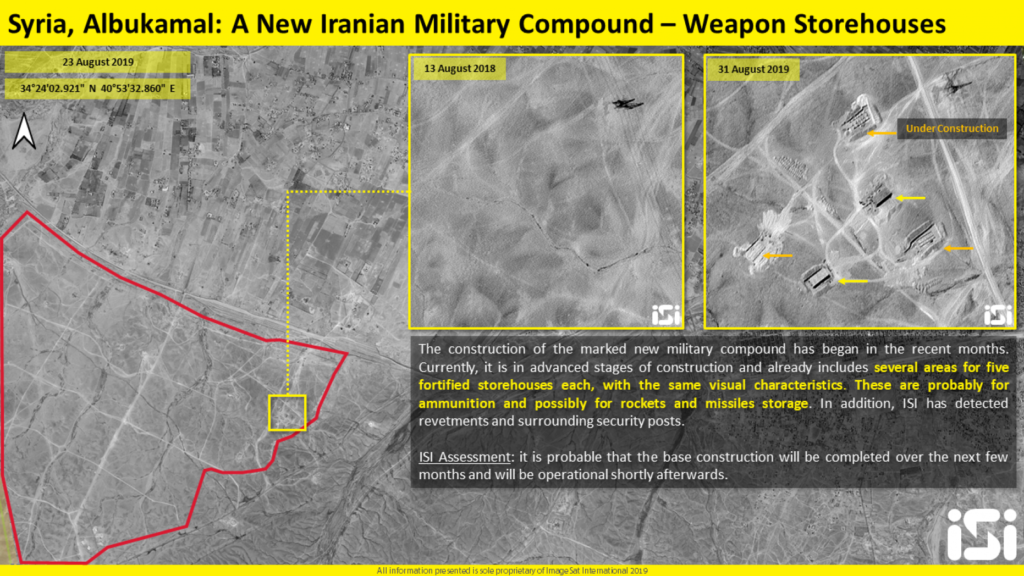 A satellite image of the supposed Iranian facility near al-Bukamal. Click to see the full-size image

On September 8, several explosions rocked near the Syrian city of Al Bukamal, located on the border with Iraq, Al Arabiya reported. According to the report, the targeted area is where Iranian-affiliated Iraqi militias are located, and the explosions may have targeted them.

It was also reported that several servicemembers were killed. Pro-Israeli sources argue that 18 Iranian-backed fighters were killed and a few dozens of others were wounded in the incident described as an alleged ‘Israeli attack’. However, these claims remain unconfirmed by any evidence.

Someone shoots that israeli satellites that keeps going around Syria, Lebanon, Irak. Also, it is highly likely that the axis of evil (americunts, eurofags, and zionazis) might use direct energy weaponry to make “explosions” happen. Such weaponry exists and is currently under tests. Many results can be analyzed like the recent “California fires” a fire that melts down metal (car rims completely melted down)and leaves no traces of houses whatsoever (no pillars, no foundations). Irak was already a test ground for such weapons and more classified weapons related to mind-control.

Israeli drones from US bases again?

According to pro-government sources: the SAA carried out a large-scale combing operation west of al-Bukamal last night, a VBIED and several positions of ISIS were destroyed. Warplanes supported the operation. This could be the source of the explosions heard yesterday.

I still think it’s jewish special forces stealthily sneaking up on iraqi or iranian or syrian camps and blowing the camp to pieces, or at least bit and pieces thereof. not aerial attacks but special forces. double guards so they are caught and can be disposed of publicly in broad daylight at the end of a rope!