Israeli helicopters have attacked Syrian Army targets in southern Syria, the Israeli Defence Forces said on July 25 evening.  According to the IDF, the attack came in response to munitions fired towards the Israeli-occupied Golan Heights earlier on the same day.

Earlier today, munitions were fired from Syria toward Israel.

In response, our aircraft struck military targets in southern Syria belonging to the Syrian Armed Forces.

We hold the Syrian regime responsible & will respond to any violation of Israeli sovereignty.

A fire was set on a military site for the Syrian regime forces near the town of #Hadhr in the #Quneitra countryside in southern Syria, and reports of targeting an air defense platform. pic.twitter.com/045JAk4KNZ

See Armenia? That’s what being allied with Russia really means

shut up
you are trolling here

You’re right. Here, Israel helis must have shot rockets from their airspace ot from the Liban airspace or from above the Mediteran or even Cyprus.

Let me guess, the jews invited the nazis to fight as comrades in Syria!

Almost.
Isis were fighting alongside ukropnazis in Ukraine.

Yeah, Ukraine is a dangerous place, stay away from it.

I agree, its the badlands.
Thanks to the U.S.

Thanks for your pin code…

No he’s not. If you think Russia would take on Turkey over Armenia you’re delusional and you know it. Putin is a Zio controlled Trojan horse playing some kind of geopolitical game. I think we can all see that now.

It appears you are the delusional one.
“Some kind of game” ? That’s what you got to back up your expression of acute stupidity ?
Pathetic.

And now grrek horses are in it too.

Unfortunately he is right. SF is in hands of former FSB officers. This is the reason, why you can support them using bitcoin. Despite the fat, that all these virtual money are forbidden in Russia. SF is a megaphone of Kremlin. If you can read such article, be sure, Putin is thinking about leaving Armenia. The same situation is in Syria. Putin is not satisfied with Assad. Putin does not want to continue in war. Russia has no money for such games. And if you look back, russians betrayed Afghanistan, after 1990 allies in Warsaw Pact, Cuba, Vietnam, Nicaragua, Angola.
From russians (as politics) you can await only long knife in your back. If they want be kindly to you, instead of knife use polonium tee or navichok. As sooner you understand this, as sooner have you chance reoganize your life.

The Russia war in Syria is not for Syria (although Syria benefits extremely), is for Russia’s security. Same with Armenia. Same with Iran.
If you didn’t understood that, well, you still have time.

I know this from the first moment. But the question of money is also important. Russia will lose Syria, because withoit oil/gas fields, Tabqa dam, Euphrat Assad has no chance to survive. Half of syrian population can not buy from monthly salary 1 watemelone. Within 1 year will come a new revolt. Assad will fall and the new government will kick out russians. For Armenia has also no money. In Armenia is big corruption (like in ukraine), therefore are poor, while in Azerbaidjan have money from gas for people and for army. Azeris have new, modern army. In case of confrontation Russia will not have money for war. Moreover, the ciztzens of Russia will not agree to send troops.

Security beats the money. Every time.

if you have no money for wr, you lose

Only a morron beleives in the russia did novichok story.

What a waste of time your comment was, what are you some filthy 6th column? Ukronazi?

Better than to be a U.S. lapdog ruled by cia thugs and nazi oligarchs like Ukropisstan…

I feel fine about it even Your version dont mention the good things compared with Your alternatives. I also prefare all jews apart from the curly ones for You.

What a traitor would say…
Time to take your thorazin Jens…

Better rulled by Cia than going to gulag.

The cia is the gulag…

In my opinion Russia is a credible ally. Russia has effectively saved the Assad regime.
But no one should expect that someone else will fight his wars. If the Iranians and Israelis want to quarrel, Mother Russia don’t have not intervene.

The US will intervene anyway, also for a NATO country if attacked on its territory.

It sometimes seems like the US is intervening when it should not.

The Daily IsraHell/ZioNAZI War-Crime/State-Terrorism like always, never
shy murder/butcher civilians in their unprovoked acts of racist
aggression + violence because they probably get a kick out of it.

You are not safe for them even You use civilians as hostage protection.

It is time to collect the debt that the Zionist pigs owe us all.

Pigs probatly are better in most things and smell better too.

The Zionist Israeli’s are getting desperate to start a war…..any war!

Actually, they are shit scared of Hezbollah and just posturing. I don’t see a major conflict until next year at the latest.

Thats the deep state agaenda created for Yourself. None other in the whole world believe that at all even Israelians are not the nicest persons in the worrld.

Hard to see. They are busy integrating The West bank and partly Golan.

I only see routine seen since 1948. Too much arap music from all of You.

“Too much arap music…”- Is it Arab rap?
I like your sense of humor.

Degenerates hang together, hes.probably in the next cubicle. Useless trolls

weakling Mickey feels strong with the help of the keyboard.
Do not forget to connect the urinary catheter.

Jens, I came to a conclusion: Aren’t you a Jewish Turk immigrated to Denmark?

Israel is a totally fake state living off dwindling western tax dollars and now there is a deep-seated pathological fear that has has found much gory and exuberant expression since the Israeli military was soundly defeated by Hezbollah back in2006. Every single Israeli military project right across the Middle East since 2006 has been about defeating Hezbollah and stopping the spread of its popular resistor-culture. And evidently, every Israeli attempt to achieve this for the past decade and a half has flatly failed.

“….any war!” -Not any war. A war in which Iran is involved.
But the mullahs regime refuses to give Israel an excuse. They are ready to contain whatever the Israelis do /will do.

This attack came from relatively low flying and easy to hit helicopters in Syrian territory, so whats the excuse this time Putin and Syria ?

He was at the phone with his friend, Abramovich.

Kyke are you really trying to bait Russia into an attack on Israel? You are a pisser kyke. May Moshiach be with you kyke. You are going to need him.

God forbid, that would be domestic violence

He think it WW1 side by side with the Russians and Trump with the jews too.

He is no troll. They are better liars and spoilers.

There is no excuse. As often it was a surprice hit and run.

After many years You also still dont get the Russians has their own aganeda there and its not the same as for Iran and also for Assads.

You keep Yourself in the dark. There has been articles and videos about it for decades. You are a good example of, You make the deep state for internal use Yourself.

Is there anything Putin is not to blame for?

us elections are approaching / israel political problems = trump and bibi desperation for war !

I dont see that as any importance for their elections.

But Your comment is a very good trick to try to indicate, You are of any importance.

You will celebrate in your grave, come.

jajajaj, i don’t know why many people take that person seriously, he is saved in his room writing “viva israel” (or heil israel) and doesn’t understand that his fairy tale is not a real truth just a so little excuse to “displace” people (steal land).and look what he is doing: he dislikes every response against his point of view! very childish and sad jajajaja

He is Iraqi (Want to be Zion) and his father most likely was a Daesh leader and that is why he got in IS-Real (Islamic State-Real) state.

If you had meet a Iraqi you would know he is Iraqi right away, he ignore everything and just talk BS and wouldn’t stop.
I do have Iraqi Shia muslims and he is like that sometime.
(I believe he is btw)

Maybee. Other here seemes to do it all the times.

It is already a failed entity and hence the fear and paranoia as its patrons in the west are also in deep trouble with failing societies and economies.

Everybody wants it and the only people who dont want it, dont want to intervene. So i say: let crazies do crazy when it meets fellow crazy. Not until casualties start mounting will this craziness and stupidity subside. lol Why in this god forsaken world are nukes in the hands of crazies? lol

Punks need a war, because of elections. Try Hezbollah, instead of civilian targets.

Hesbollah makes a good job for the Israelians. Everytime they produce a soldier, they have to work 4 to support the soldier.

Thats a good reason for the Lebanese Economy. There are plus too. So many has only one leg and then only need one shoe.

“munitions were fired from Syria” and stop our gay fuking party.
“Some jewish guy to shit in Palestinian” so it is our land and no we (the jews) didn’t ask other countries to give us land before British steal Palestinian land and gave it to us btw.

If it wasn’t for British fukers the world would be in a better place now, from China-Hong Kong to Pakistan and India and ofc The so call Israel – Palestinian. 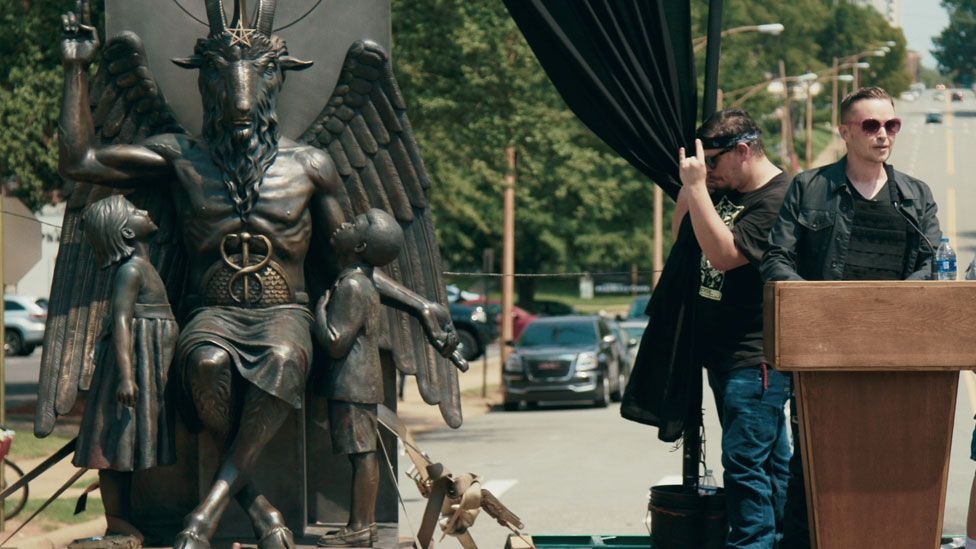 oh please, don’t compares satanists with the others! hail satan?

Yeah I know right like the satanists are just don’t want to be part of any religion and want peace and etc etc… I’m cool with them.
But tell me what you would call British cult that fuked this world so bad tho.

Israeli army via their air forces are violating Syrian sovereignty on regular basis…should syrian army have the right to respond to any violation committed by Israeli regime?…well, h*ll YES!!!!…

That’s for shooting into our territory you Syrian motherfuckers, Hezbollah / Lebanon would be next if they test us.

fair target since the jews are up to their usual thievery and stealing palestine’s gas.

the jews are showing the world the need to clear them out of the illegally occupied palestine and the world knows there will be no peace as long as one friggin lying murdering and thieving jew remain in palestine – justone way to go. annihilation.

The Iranians said they were going to ship in some of their new AA systems to stop this happening, so how long will that take, obviously a lot more than a month since they’re not here yet.