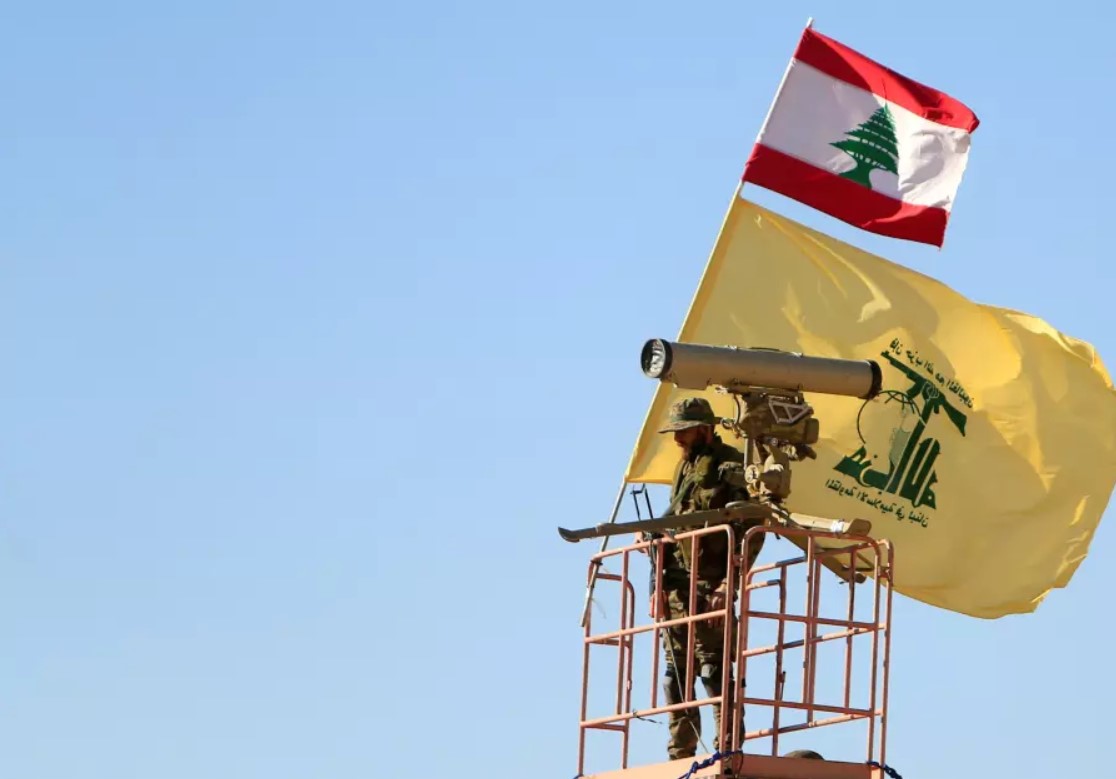 IDF spokesman Lt. Col. Avichay Adraee claimed that the photos were recovered from a Hezbollah drone that was recently shot down after entering Israel’s airspace. The drone was a commercially available DJI Mavic Pro, which has a flight time of 31 minutes only.

The spokesman said that the photos recovered from the downed drone show an exercise by Hezbollah’s drone operators in unspecified area.

“The number of Hezbollah drones which were shot down by our forces increased [recently] thanks to a new system that entered service with the Galilee Formation,” Lt. Col. Adraee said, without elaborating.

Just three days earlier, the IDF shot down an alleged Hezbollah drone, a DJI Phantom 3, that crossed from Lebanon into Israel.

We downed a Hezbollah drone that crossed from Lebanon into Israel today. The drone was monitored by our soldiers throughout the incident.

The IDF will continue to operate against any attempt by terrorists to violate Israeli sovereignty. pic.twitter.com/G3gmRCsXts

Hezbollah has not commented on the Israeli claims, as for now. The group is known to have a fairly large, advanced drone force.

While Israel is complaining about Hezbollah drone activities along the separation line with Lebanon, its fighter jets and drone continue to conduct reconnaissance and combat missions in Lebanon’s airspace.

Because Hezbollah will use a Walmart drone and 2 guys in regular clothes. Israel is desperate to prove to the world theyre in power

What do Hezbollah fighters wear? Gucci or Prada?

They have uniforms smart guy, a simple google search would’ve shown what they wear

Stop barking you little chiwawa, even our IDF women are stronger than you. little bitch.

They may be strong compared to a ehort-cocked hebrew (every kike in existence, basically) but I would rape them like a nigger gone crazy and mutt your sand nigger lineage out even worse than it already is.

Come rape me then hero, so I can put you 6 feet under the ground. Better know who you are talking to.

I’m not a limp-wristed faggot sand nigger faggot so no, I’m not sticking my cock in your sandmutt/sandmire shitskin.

There are plenty of jewish bitches here in Australia for me to stretch out…I’ll be sure to stock on the date rape pills and bang out plenty of those in the summer.

And I know fine who I speak to – a kikeroach with a short pathetic little penis, identical to the desert demon deity called yahweh.

Wrong, you idiot. I am a 14 years IDF veteran served in all of the our conflicts in Gaza and made sure to send your Hamas friends to hell. You think you scare me? I’ve put radicals like you in the grave and they were much more armed than you will ever be. Now, my offer still stands.

You want me? good, make sure to come to Israel all by yourself so you can kill us jews as you wish. We will enjoy playing football with your head, the rest we will send to your F mother.

You are still behind a PC in a troll farm, faggot. Lie and seethe all you like but that’s the reality – you are a skinny, ugly and dysgenic (even by kike standards) who is unmarriageable, small and pindicked.

I am a lily White Australian man. The threats you give to sand niggers doesn’t work on me and while I despise sand niggers, I will back them the whole way when it comes to killing kikeroaches.

My offer stands – fly your mongrel sandmutt arse to Australia this summer and meet me in Bondi so I can castrate and decapitate you with a blunt fucking butter knife and livestream myself playing “Hot Potato” with your sand nigger head for all kikedom to see, your kike sow whore of a mother included.

Come to Jerusalem whity boy, let me know when you do that.

Come to Bondi, shit brown kikeroach and I WILL fucking do that.

They didn’t run away lol

No drone will help you when the war starts, chop chop millions of you Shias are going to one place. Get ready.

The paki is right for once, kikeroach. Or should I say cuckroach.

Pakis wash their shit with their bare hands and then they drink water.

I’m Australian, means fuck all to me.

On the other hand, kikes fellate their newborns and chomp on foreskins so you shouldn’t talk, kikeroach.

I am not Jew but Greek.

I like their tweet, a child write it. That drone can stay in the air for 30 mins – 15mins in and 15mins to come back. “unspecified area” he is really rtded or you know how Zion are…

Also, a child can understand that those people COULD be Hezbollah fighters, but if their “great” Mossad doesn’t even know that means, No they are not part of Hezbollah. But we all know, that it is the same case for Iran as well, if they are Shia or against Zion satanic people or yanquis they are called “Iranian-backed groups” no matter what. People flying Chinese drones = Hezbollah. Also, there is a case that Zion hacked these cheap drones and steal them, you know what Zion knew for lying and stealing. They did both in this case.

“the IDF shot down an alleged Hezbollah drone, a DJI Phantom 3” With what? A gun. Is it even true? They show a Chinese drone that Zion has and nothing else. On what ground they are standing? They think people believe Zion’s words LMFAO. I believe Satan over these fuking apes.

The main point is Zion Satanic children can’t do anything about it (if these events were true but coming from child killers who support terrorism around the world – that’s hard to believe), they have no right as they use drones and fighter jets to spy in Lebanon. That is why you see these apes trying to act like rtded kids on Twitter. Crying and acting like Karens.

Basically what we have here is two delivery drivers harassing Israel on their lunch break.

FFS! Yes ,you could right

wooohoooo … IDF is so proud to show off these DRONES? .. i think you can buy this drone for USD10 and get a bottle of coke for free… and they uses a latest anti drone technology to down it.. hahaha ..