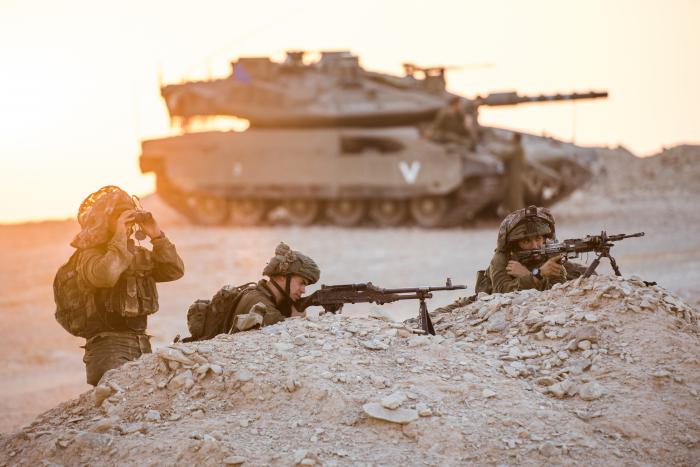 On April 6, the Israeli Defense Forces (IDF) and Police thwarted a weapons smuggling attempt next to the border fence with Jordan.

Israeli soldiers operating surveillance cameras spotted two suspicious men crossing the border, and after a brief chase, one was arrested by police officers.

“We identified two armed suspects, apprehended a suspect and confiscated 30 weapons. The suspect and weapons were transferred to the Israel Police,” the IDF said in a statement, noting that the second suspect managed to flee.

According to the IDF, the seized weapons included 19 handguns, three AK-type assault rifles, two M-16 assault rifles, a shotgun, ammunition, and four magazines. The weapons were valued at $425,000.

We identified 2 armed suspects, apprehended a suspect & confiscated 30 weapons. The suspect & weapons were transferred to the Israel Police. pic.twitter.com/j4nW84gAeG

The alleged smuggler was identified as a 21-year-old Palestinian. This means that the seized weapons were likely heading to Palestinian factions in the West Bank.

The failed weapons smuggling attempt came following a series of attacks in Israel that claimed the lives of eleven people, including several police officers. Israel responded to the attacks by tightening security measures in the West Bank. Several Palestinians were killed in operations carried out by the IDF and security forces.

In the last few days, tensions between Israel and Palestinians calmed down. However, the threat of a serious escalation is still present. Israeli officials believe that new attacks could take place during the ongoing Islamic holy month of Ramadan. Tel Aviv’s response will likely be harsh.

Damn….so unfortunate…damn…many zio terrorist squatters could of gone to meet their father, Lucifer, in hell

Do you get paid for linking to twatter? Nobody wants to read an article that promises pictures or video only to find out they have to follow a link to twatter. F twatter and f you for easting our time