The Hezbollah media wing announced that a group of 19 Israeli Army soldiers, at 7:35 am on June 21, broke through the technical fence in the Karam al-Sharqi area – Mays al-Jabal. According to the military media, the Israeli force was stationed in a place where the Israeli Army had previously removed an Israeli spy device.

The military media published photos and video of the Israeli soldiers as they crossed the fence, as a Hizbollah appeared to be fully monitoring the front with Israel.

From its side, Israel began several months ago to build additional fortifications, and set up during 2016-2017 a large number of spy devices on the front or even within Lebanese territory. However, the Lebanese Army managed to remove a major part of them, or Israel removed them itself after Hezbollah uncovered their positions. 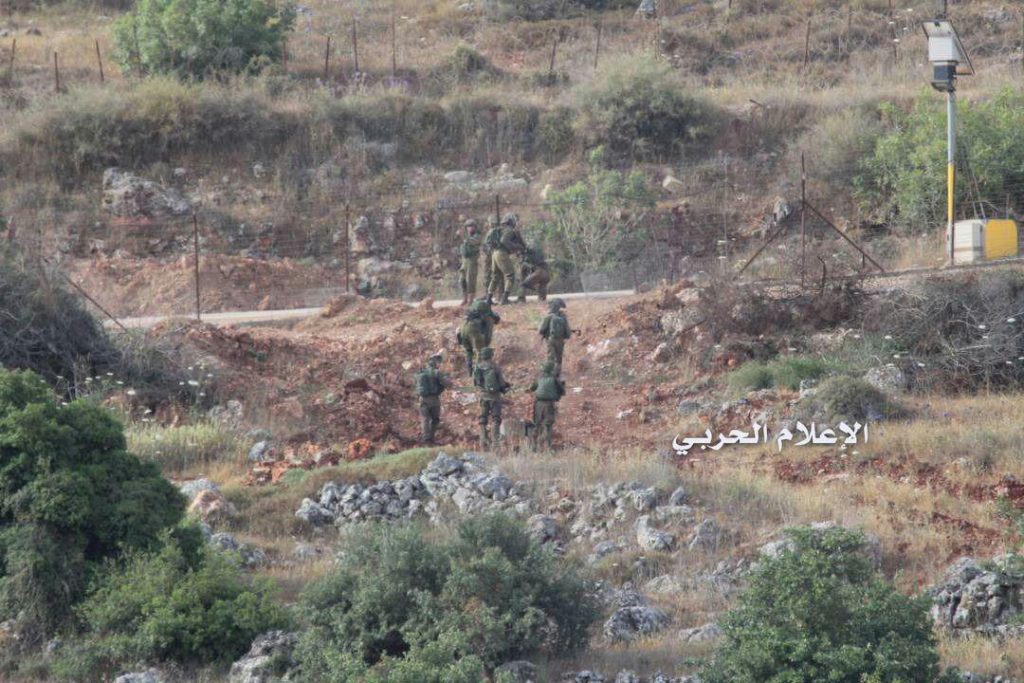 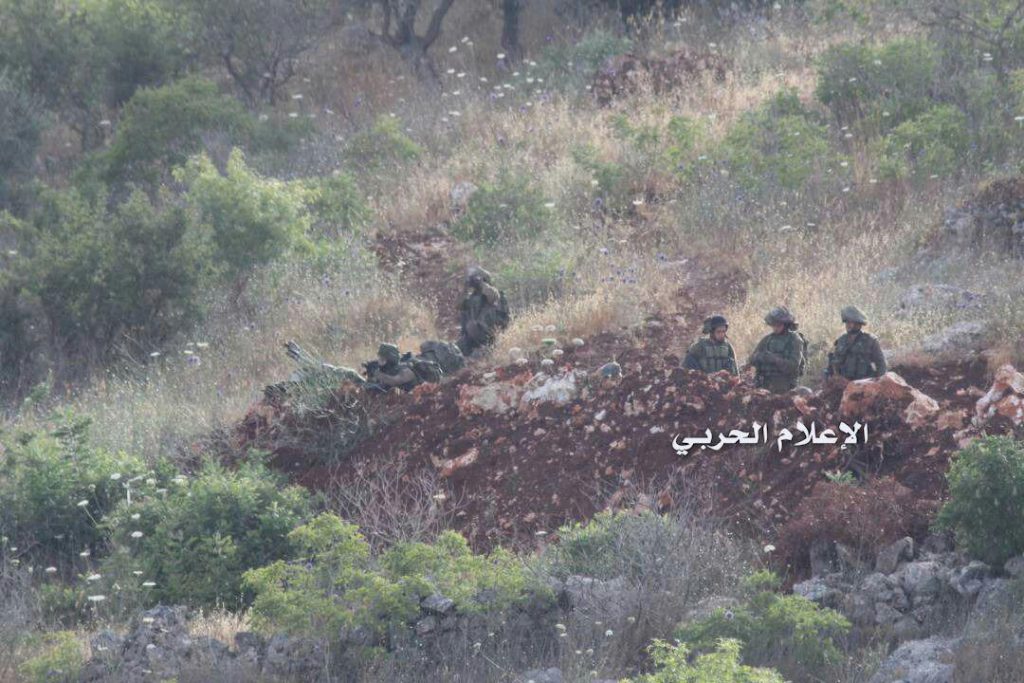 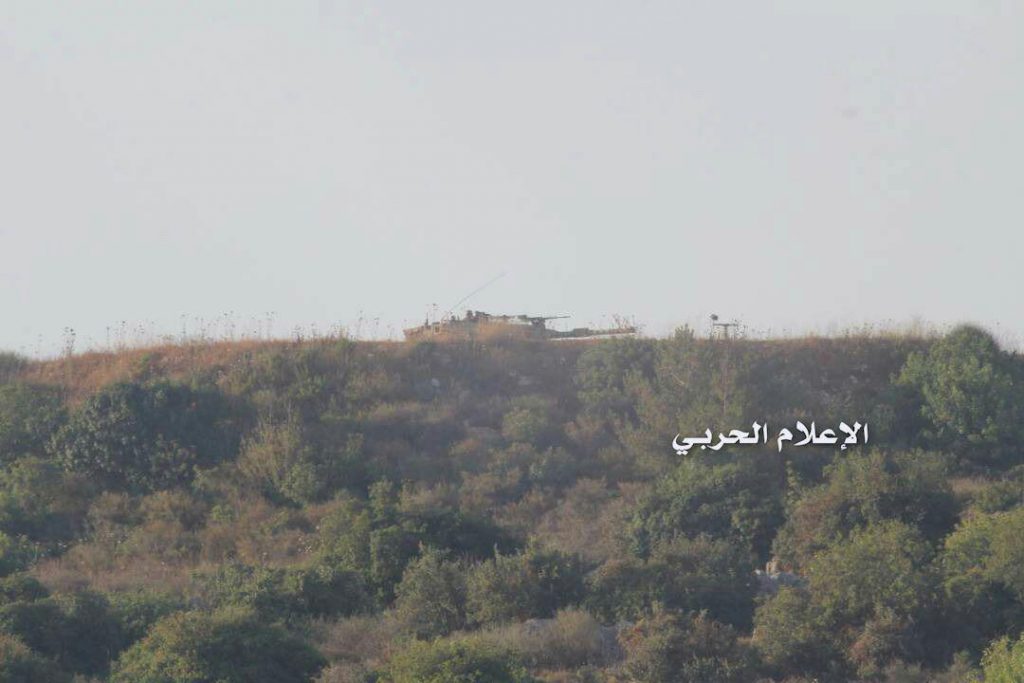 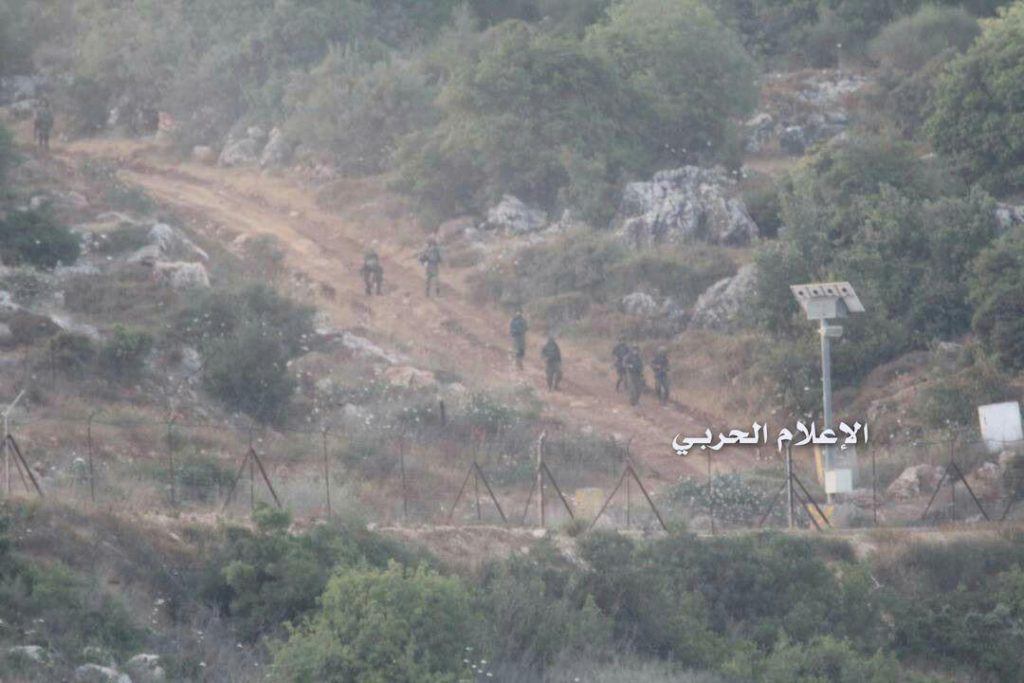 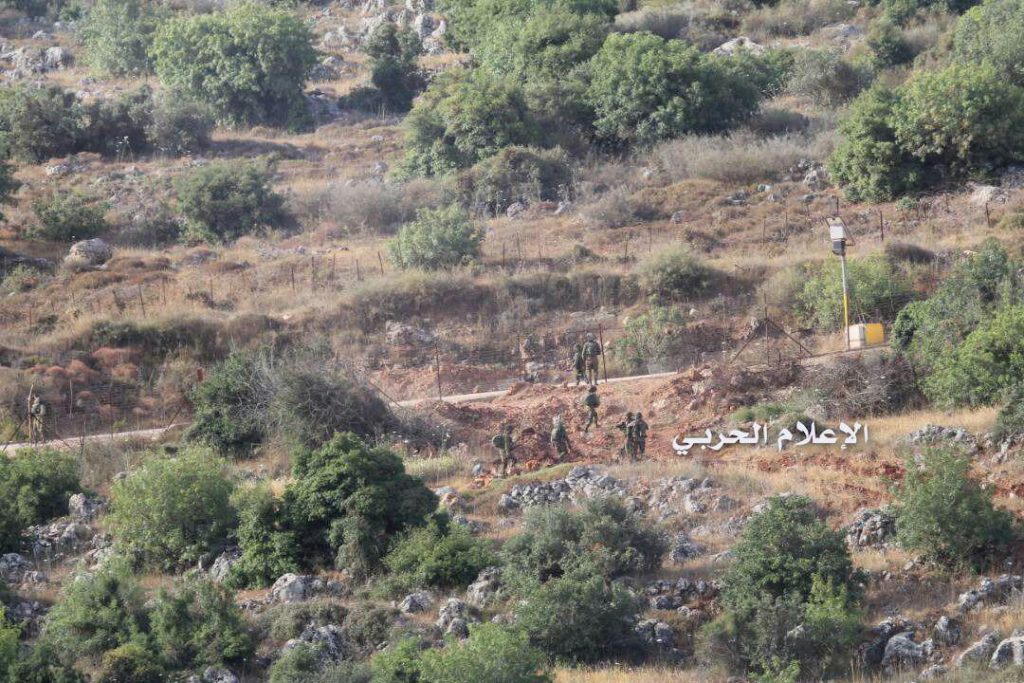 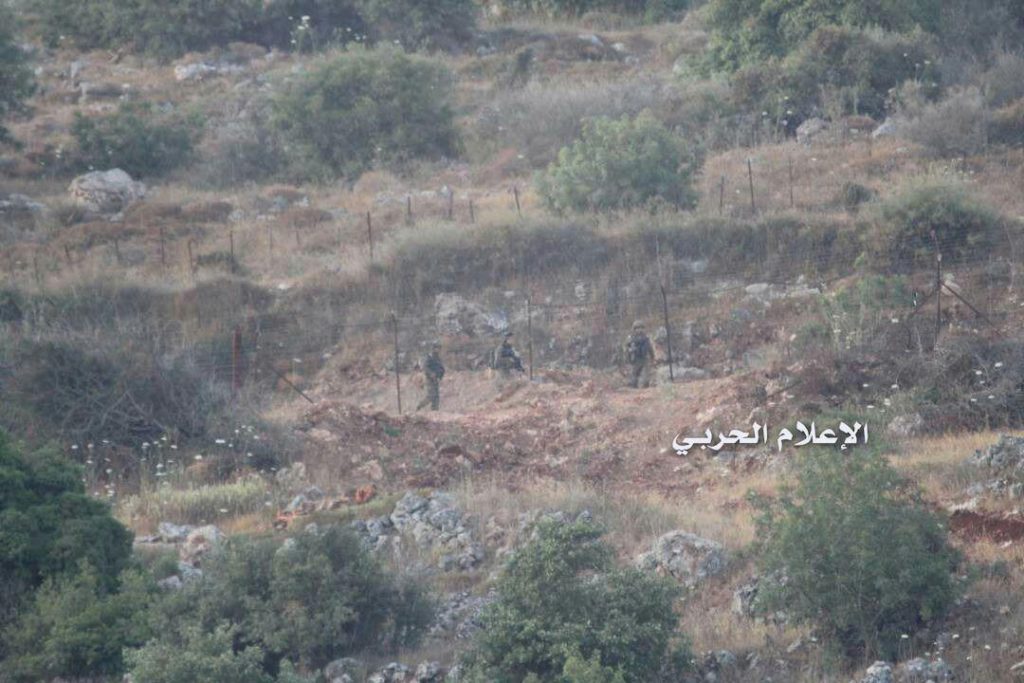 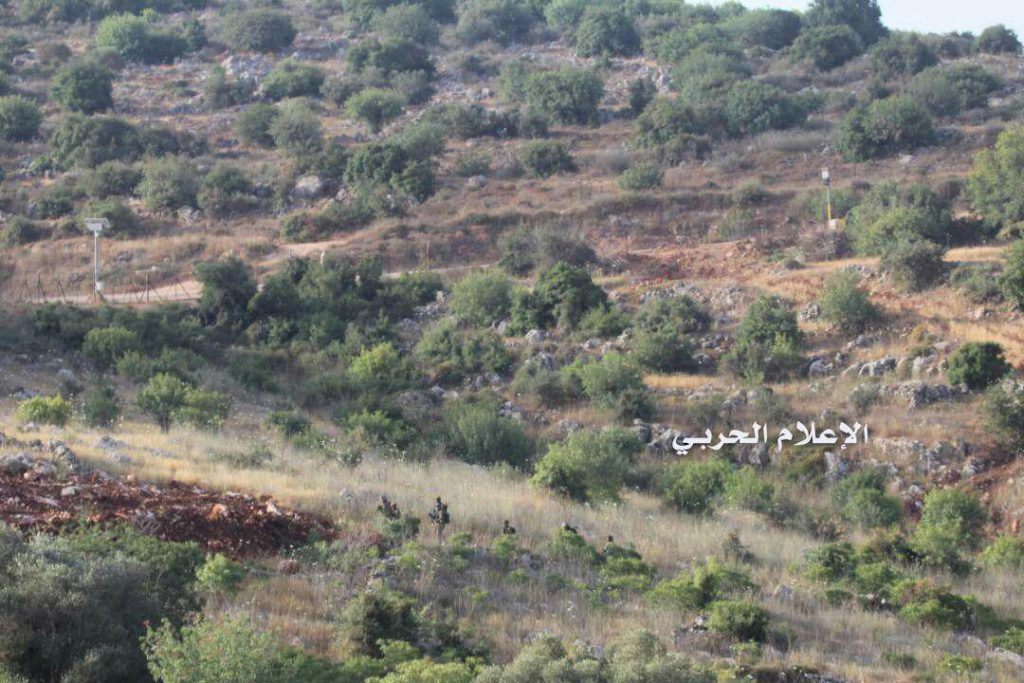 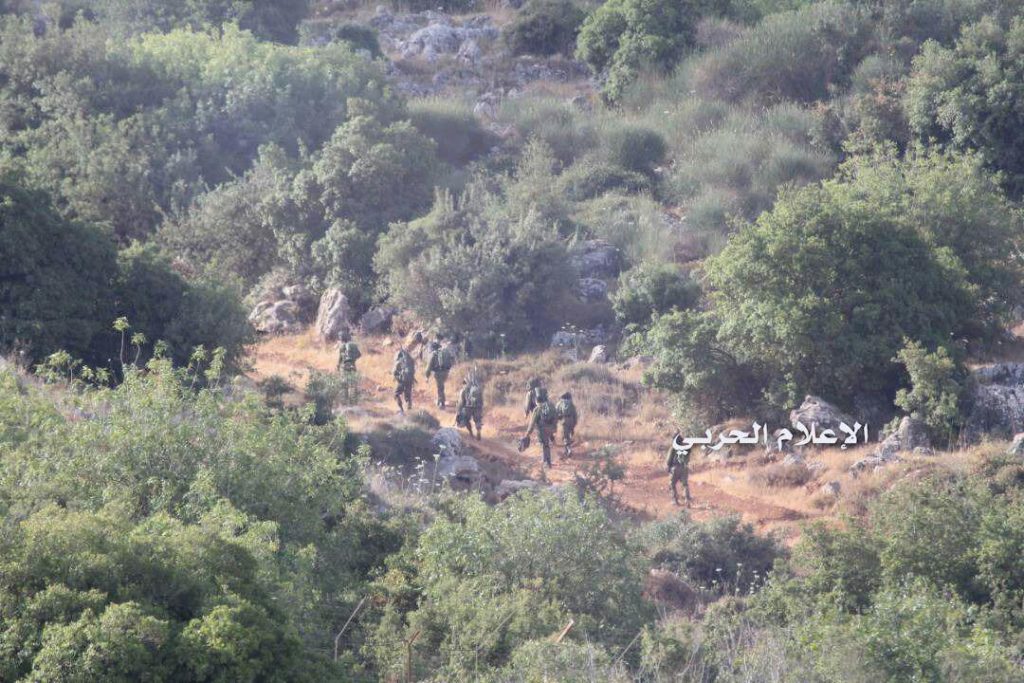 Walking around like your invincible and invulnerable may look good on paper, but once the missiles and mortars are raining down on ‘you’ that paperwork is as useful in combat as a twister in a trailer park, after dark.

An Israeli spy device? What are they doing with these devices? Blow all of them up or shoot those reptilians crossing the border area.

Never encountered one. If I did, I’d probably piss over it or something.

Back in the 60ies Lebanon was one of the most beautiful, peaceful and rich countries on earth. It was called the Switzerland of the middle east. Now, I’m reading in many places that Israel is preparing another war.

To bé objective here, I hate saying this John, what better time for Israël to attack, Syria is crippled, Hezbollah is also committed in Syria, Israël has Saudi and American support, UN is utterly useless. If I put my maniac hat on…. Why the hell not??

How stupid is Israël though, Will they actually go for it?

I concur, although we don’t know for sure.

Lebanon was predicted to be the next flashpoint of ISIS activity and takeover by several geopolitical analysts – this, already several years ago, before Russian intervention in Syria.

Yet, ISIS is now mostly destroyed, at least to the point that an “invasion” of Lebanon cannot be presented to the public as something different from a false flag operation.

This means that, if Israel moves into Lebanon, it will become clear that ISIS was made from the start to be an instrument of its foreign policy.

I don’t think it will be a matter of stupidity for Israel to decide. It’s a matter of weighing what course of action is less risky. imho, if it was a poker game, they should drop before somebody call their cards. That would mean basically to start talks and lower tensions, with the major powers as guarantees.

But I doubt that the current hardline administration will ever consider that.

John, I agree, the current administrations Do not want to negotiate. I think they dont have à Choice, since we are all in massive déficits year after year. This must bé tied to thé petro-dollar thing.

Also , how would Turkey react to an Israël attack on Lebanon? Erdogan can save Lebanon if hé so chooses. Let’s hope hé usés the Powers the Turkish people granted him wisely. I dont trust Them at all but they are definitly part of thé solution now.

The Israeli’s have been been mulling over whether after all their Syrian combat experience Hezbollah would send small infiltration units inside of Israel proper in event of another war – it’s really not far to Israeli towns from border. This would be unprecedented Hezbollah action and mean IDF forced to operate on multiple fronts – requiring reserve units for defense inside, and full time units for offense outside, of Israel. Both Hezbollah and Israeli strategists assume a continuation war is inevitable. Is just matter of when, for Israeli strategists the sooner the better, but for Israeli politicians, it requires a hard sell after 2006.