The Israeli military killed early on August 10 four Palestinian fighters, who attempted to attack one of its positions in the outskirt of the Gaza Strip.

In a short press release, the military said that the fighters were armed with AK-47 assault rifles, RPG grenade launchers and hand grenades.

“Once one of the terrorists crossed into Israel, our troops opened fire … The terrorists were neutralized,” the press release reads. 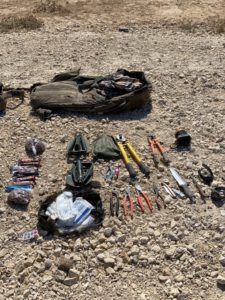 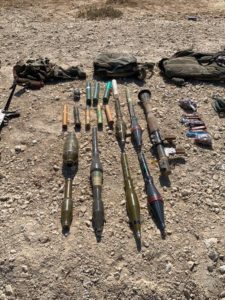 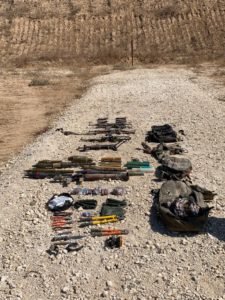 According to Palestinian sources, the Israeli military shelled two Palestinian military posts east of the Gaza Strip after foiling the attack.

Lt. Col. Avichay Adraee, a spokesman for the Israeli military, said that fighters were a part of an organized terrorist cell, holding the Hamas Movement responsible for the failed attack.

“Regardless of the fighters’ factional affiliation, Hamas bears full responsibility for what is happening in Gaza, especially when it comes to organized cells preparing to carry out such attacks,” the spokesman said on Twitter.

Last week, a Palestinian gunman injured three Israeli service members in Gaza’s outskirt in what was described as a “lone wolf attack.”

The Hamas Movement has not commented on the new attack, yet. However, initial information indicates that it was planned and carried out by the fighters themselves without the knowledge of the group’s command.

Zionist child killing scum are telling lies, they have staged this killing of innocent Palestinians for usual PR stunt as one of the ugly Zionist rats was killed by Palestinian freedom fighters yesterday in Occupied West Bank. This is cold blooded murder. Zionist scum are the lowest vermin.

as long as the squatters are around there will be murders and more murders and theft and more theft and misery to each and every palestinian and then yet more misery to many more than just palestinians and the only solution is to finish the geopolitical experiment called israel and advise the occupying squatters to find another place for their nefarious minds (they have not one honest thought in their minds, ever) to destroy. suitably in the dysfunctional states of A. I’m certain slimeball numeru uno, jared kushner together with fatso, can secure green cards for the entire evil lot of them.

Aren’t Hamas the ones who helped the jihadist terrorists in their “holy war” against the SAA?

gaza is a concentration camp a la dachau, with an ethnical cleansing program and the only thing missing is that the IG Farben Zyclon B ain’t in use in Gaza, as far as we know, but the starvation and the humiliation is the same. end the squatters’ occupation of palestine now and return the land to the rightful owners. hang netanyahu in a lamppost outside knesset and all the other right-wing terrorists running the show.