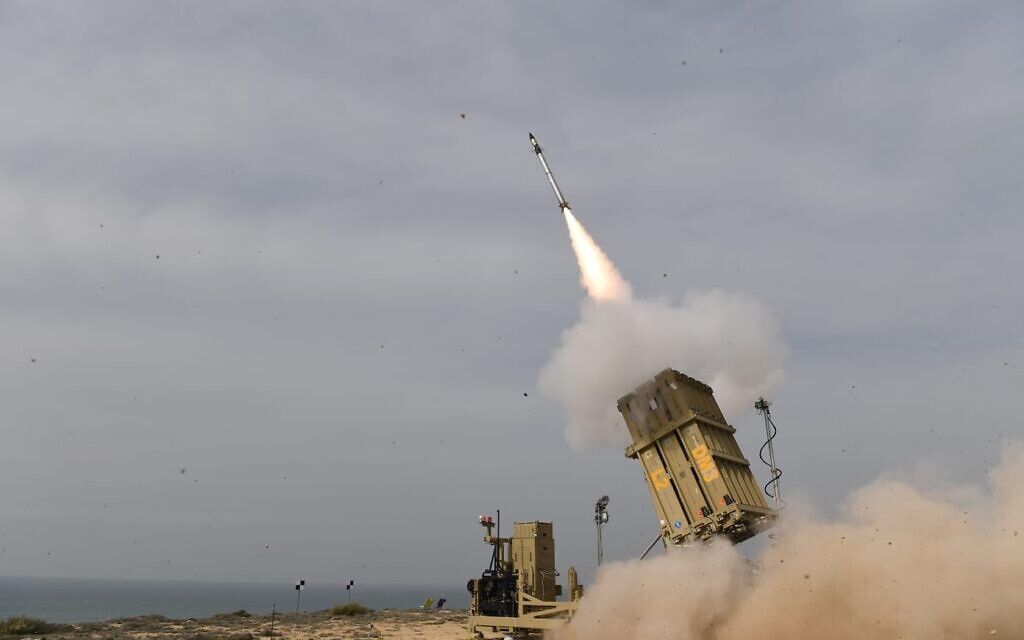 On May 19, the Israeli Defense Forces (IDF) accidentally identified one of its own drones which was flying near the separation line with Lebanon as a possible enemy aircraft.

In a statement, the IDF said that Iron Dome interceptors were fired at the drone. The army did not say whether the drone was destroyed. However, the Israeli media reported that it was not.

As a result of the interception attempt, alert sirens were activated in the Upper Galilee region, where residents rushed to bomb shelters. Footage show streaks from two interceptors over the region circulated online.

The situation along the separation line between Israel and Lebanon has been unstable for quite some time now. Several security incidents were reported in the region over the last few weeks.

On May 17, the IDF shot down a drone belonging to the Hezbollah after it entered Israeli airspace from Lebanon. The drone was a small quadcopter manufactured by Chinese company DJI.

These incidents came as Israel is conducting its largest military exercise in decades. Thousands of troops from the IDF are taking part in the exercise, codenamed “chariots of fire”. The exercise simulates a multifront and multidimensional war against Israel’s enemies, including Hezbollah, in the air, at sea, on land and on the cyber front.

Don’t worry about it. The American tax payers will cover the costs and will add some extra.

What does it mean? Well, You probably can guess it correctly or maybe my dear absent friend can help. Aww how I missed him! :)

PS. By the way, a friend over there also says the missiles failed to hit the drone. Maybe because their missiles are so smart they refuse to attack friendly drones?

“in a statement, the IDF said that Iron Dome interceptors were fired at the drone. The army did not say whether the drone was destroyed. However, the Israeli media reported that it was not.” It îs like putting a gun in your mouth, shoot and miss. Lol.

I hope the american taxpayer will buy us a new one don’t forget the iron dome thing when the mutts refunded us for the evil goyim attack of the palestidogs. We are the master race goyim cattle are only here to feed us they are our slaves arabnigger rebelious goyim need to be crushed but sadfuly our gov are a bunch of sissies refusing to just bomb the shit out of it. Drop a 1000 lbs RDX bomb on each palestidog house.

I think the IDF is cringe but the religious settlers can do the job like baruch goldstein damn I miss him so much.

It is beliefs like yours that cause others to hate Israel. Or should I say Talmudic Babylonian’s.

I remember Iran’s exercise – they fly their drones deep in Zion-stan and return. Remember Zion showing a fake video of “Iranian drone/s” – and said it was shipping weapons?

Yeah… Zion were and are clowns.

SF ofc didn’t talk about this: “For the first time, the Israeli Air Force’s (IAF) major ‘Chariots of Fire’ exercises will include practice drills for a “wide-scale strike in Iran,” the Times of Israel reported on Tuesday, citing sources. The drills over the Mediterranean Sea will begin on May 29 during the fourth and final week of the month-long exercises.”

It seems it doesn’t matter, don’t use moronic yanquis tax and I can tell you how it is going to end. They “win”, how? with some BS reason. Just like Millennium Challenge 2002 – that was US vs Iran back in 2002.

Guess who won that?

Not every conflict is related to US. lol

Israhell, the most evil collection of scum ever to colonize a stolen land. Who will want these welfare warfare thugs when the IOU fiat filth Saudi Mercan toilet paper gets flushed and the bums can no longer feed themselves and wage war on USSAN tax cattle tribute?