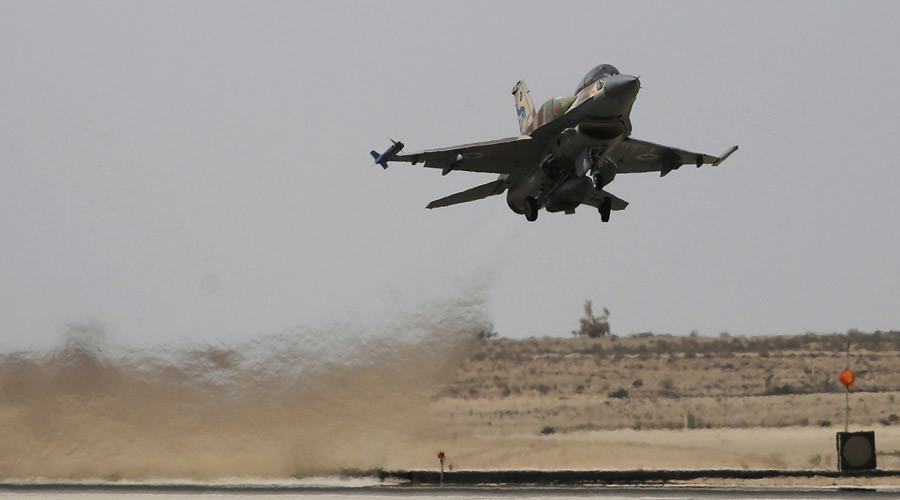 On July 2 morning, Israeli fighter jets carried out a series of heavy airstrikes on the western Syrian governorate of Tartus.

In a statement to the Syrian Arab News Agency, a Syrian military official said that the airstrikes targeted several poultry farms in the outskirts of the town of the al-Hamidiyah, which is located less than eight kilometers to the north of the border with Lebanon.

“At around 6:30 this morning, the Israeli enemy carried out an aerial aggression with several missiles from over the Mediterranean Sea, to the west of [the Lebanese city of] Tripoli, targeting several poultry farms in the vicinity of the town of al-Hamidiyah, to the south of Tartus,” the official said.

According to the official, two civilians, including a woman, were wounded as a result of the airstrikes, which also caused losses in civilian properties.

Photos from the scene of the Israeli airstrike showed two large craters and debris in the area where the poultry farms were located. 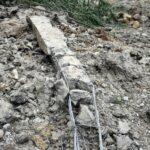 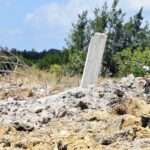 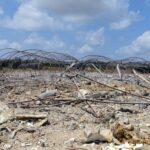 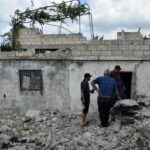 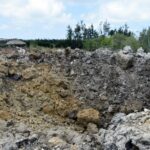 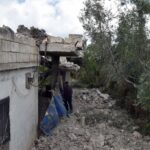 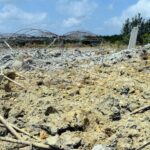 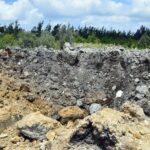 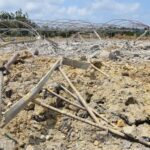 The Syrian Observatory for Human Rights alleged that Lebanon’s Hezbollah used to store weapons at the targeted poultry farms before smuggling them into Lebanon. The London-based monitoring group didn’t present any evidence to back these claims.

The Israeli airstrikes on al-Hamidiyah came just a few hours before the arrival of Iranian Foreign Minister Hossein Amir-Abdollahian in Syria on a visit. Right after landing in Damascus International Airport, the minister condemned Israel’s repeated attacks on Syria.

An Israeli aerial attack that took place on June 10 knocked Damascus International Airport out of service. The airport was able to resume operations only on June 23.

Israel’s recent attacks on Syria were a part of what officials in Tel Aviv call the “War-Between-Wars,” a military campaign that is meant to push Iran and its allies out of Syria as well as to prevent them from developing their offensive capabilities. None of these goals have been achieved as of yet.

Last edited 1 month ago by Work AT Home
-1
Reply

They attacked the chicken farm and killed all 10,000 Israelis inside.

Where’s the condemnation of the UN or western nations denouncing such barbaric atrocities continuously carried out by Israel against the sovereignty of Syria? the deafening silence of the credible msm constantly accusing the Russians of war crimes.. They all deserve a disciplinary hypersonic event soon.

There is some meaning behind this! For some reason, it is the poultry farms that are being destroyed. Recently, several poultry farms have been destroyed / burned in the USA! And then the Jews are destroyed. What’s the catch?

A war on vitamin D rich eggs… Mass starvation is the globalist plan B for population genocide, via malnutrition and bioweapon injections.

Jealous Syria was making better – “Schmaltz”- the “penicillin ” of the Jews -probably trying to cause starvation along with the USA stealing their grain.

Israel targeting in Tartus very dangerous, Russian Mediterranean base is there.

Obviously not worried about the large number of Russia Jews in Israel when it comes to voting .

Zionism is Cancer
Reply to  Emrisrex

What’s Russia going to do about it? So far nothing, cos Putin is a Zio whore and most on here know it!

Iren
Reply to  Zionism is Cancer

Shut your stinking mouth you bastard!! Syria has its own president who must make decisions for his country!

Who has been getting weapons from Ukraine? Would buyers and recipients include ISIS? Iran? Terrorists in Africa?

Thats a good question the west is heavily censoring any search but yes ISIS is getting weapons as they usually do from the USA/Israel/UK and yes again in America,s fight against African countries that don’t obey it.

What happen?! They were not kosher enough?!

And again, the radars are not working at the ordres from Moskow !!! The radar from the S400 has a radius of 300 km. So they saw them comming. The day the Iran air defence is operational, the moment they leave the tarmac in occupied Palestine they will be shot down. Russia is not trustwort !!!

No rest for the wicked. Another terror nest neutralised. We’ll keep this on out until terror is purged from the promised land.

I was sure you were one of the people killed by Hamas attacks, or are you Zion inbred younger brother? Zion whatever air strike you Zionist do doesn’t matter, we have enough weapons pointed at Tel Aviv bitch

The Israelis are hated little losers who would be nothing without the 2-3 billion in welfare payouts every year from the USA to prop up their shitty little fenced in country. They have to build massive 20 meter high concrete walls around their border because everybody hates them and wants them gone: Syria, Egypt, Jordan, Lebanon all hate them. And the hatred didn’t come out of thin air; it happened because the Israelis were total assholes who invaded Palestine, massacred thousands of civilians, drove them out of their villages and stole them and stole their land. The zionist Israelis are easily the biggest assholes on the entire planet.

You are a dead terrorist talking. I was on active duty neutralising terror around Israel. You should come visit us, we have rat holes for your kind.

Where ever Israel is threatened, I will be the first to volunteer to kill the rats.

I’ll pray for you… Though it will not change your fate, for you have cast yourselves into hell by your own hands… Have fun with your Babylonian money magic while you can, everyone knows all the counterfiet Rothschild paper in the world still won’t buy you a single hypersonic missile… Though they will be arriving in Isreal.soon enough as China and Iran will be dealing them out soon.

Israel is going to be ejected from the promised land?

Meanwhile Israel gets to play soccer and participate in song contests in Europe. Who is in control of the Western politicians and the lying mass media to allow a country that brutally occupies people whose land they have stolen and bombs their neighbors in complete disregard of international law, to continue to do so with such impunity?

Yes according to America Israel is “in Europe ” but there again -NYT some think Ukraine is near China – the USA rules the western world and obeys its Caesar all the west is a satrap and England the Lap puppy of the Emperor.

It was a strategic poultry farm.

Now the world shouldn’t go around complaining about Russian atrocities when Israelis have been commiting crimes against humanity for many decades and the US has been aiding them by turning a blind eye and even blocking UNSC resolutions that would have prevented those war crimes.

Talk is cheap. Next we will neutralise Assad the terror leader.

Going to “starve people out” just like the Nazis huh? Dr. Zelenko called you scum out for what you are : satanists pigs. Shrewd but still a crime against humanity. Assholes.