Overnight aircraft of the Israeli Air Force struck an armed Palestinian near the security fence in northern Gaza, the Israeli Defense Forces (IDF) said in a statement on April 5.

The IDF claimed that the move had been needed to secure Israeli civilians.

Overnight, an IAF aircraft targeted an armed terrorist adjacent to the security fence in northern Gaza. The IDF will not allow any harm to the security of Israeli civilians and will continue to operate against terrorists who are involved in acts of terror

On March 30, large-scale Palestinian protests erupted on the contact line between Israel and the Gaza Strip. As a result of violent IDF actions, at least 18 protestors have been killed and about 1,500 have been injured over the next few days.

The IDF claims that at least 10 members of the Palestinian Hamas movement were among the killed persons.

Most people know it, so who cares what they say? 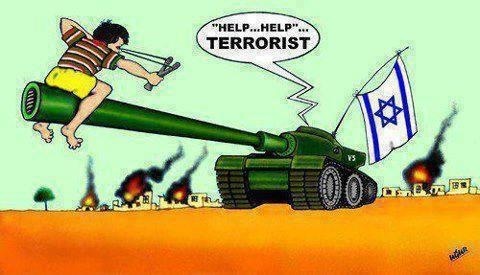 Thank you for the laugh. Is been a long time to have a spontaneous laugh. :-)

The IDF diaper army is not real comfortable taking risks… True dialog between IDF “soldiers” went like this… Sergeant: “Private go over there and kick that kid around some”. Private: “…but Sarge she’s a big one, maybe 10 or 11 years old, can I take a squad?”.

The Gaza Good Friday massacre of unarmed demonstrators is another crime against humanity in a long list of Jew crimes against humanity. It’s why this evil cult is the most persecuted, expelled and genocided group of miscreants in history.

In most nations the people who committed these crimes would be in prison awaiting trials and long jail terms.

Have you heard about this new push in the US and Europe, against anyone who criticises Israel, it equals anti-Semitism which is illegal and of course “racist” ….. when in reality it is anti-Zionist, but hey, it is not our place to criticise anything in their f00king NWO agendas.

The whole antisemitism scam is offensive and another reason why the Jews need to go.

Biggest mistake Palestinians did was to join terrorists to attack Syrian/Hezbollah that got Iran disgusted.

They will never win against Israel and USA .

The Bolsheviks would have been proud of them.

It would be better for Erdogan to shut down Bosphorus, Dardanelles sea gates and Incirlike military base for Washington and their EU allies in protest against slaughtering 1400 Palestinians on 29th March 2018 and occupying Palestinian, Syrian, Iraqi and Afghani lands. This is a wakeup call for Erdogan to not cooperate with terrorist states.

Good idea Rob. The United Snakes of Amerika would be furious. :)