According to Syrian rebels and a monitoring group, the cause of two explosions that struck a Syrian town near the Israeli-occupied Golan Heights on July 20 was an Israeli air strike. 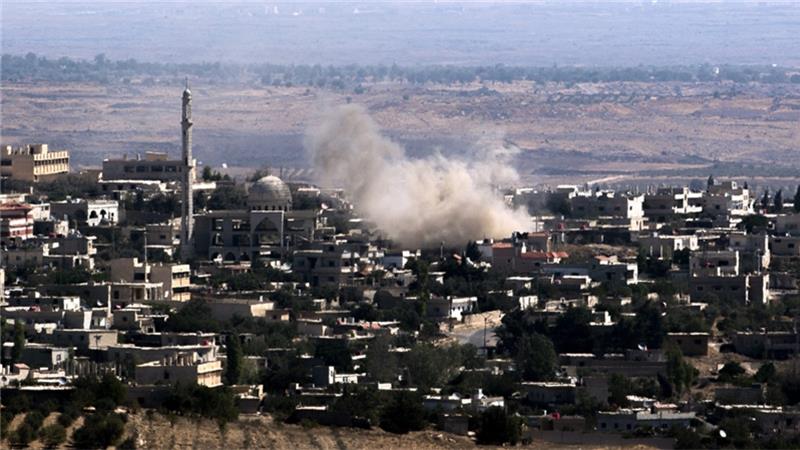 Syrian rebels and a monitoring group said that the cause of two explosions that struck a Syrian town near the Israeli-occupied Golan Heights on July 20 was an Israeli air strike, while Lebanon’s Hezbollah blamed rocket fire by al Qaeda-linked militants, Reuters reported on Wednesday.

At least one blast struck near the governorate building in Baath City, capital of the southern province of Quneitra which borders the Golan region. Pro-Syrian government forces, including the army and Hezbollah fighters, hold the town. At the same time The Nusra Front, Western-backed rebels, and groups which have pledged allegiance to Islamic State also operate in the region.

According to a Syrian military source, the town was hit by two rockets, but their origin was unknown. “There is information that there was a rocket which fell on one of a government headquarters in Quneitra in the area of the town of Baath,” he said.

Two Syrian rebels said that they had seen an Israeli jet circling the area and carried out an air strike on a military position.

A spokesman for the Syrian Revolutionaries Front, a Western-backed rebel group, Maher al Ali, said that “the attack targeted a Hezbollah outpost.”

According to the Syrian Observatory for Human Rights (SOHR) monitoring group, a rocket was fired by an Israeli jet near the governorate building. It said it had no information on casualties.

At the same time, Hezbollah said that two rockets loaded with high explosives were fired by Nusra Front toward Baath City. Explosions caused civilian deaths. “The Israeli enemy was monitoring the launchpoint of the rockets next to the Nusra positions. There is no truth to (reports of) any raids by the Israeli enemy,” it said.

An Israeli military spokeswoman said that they “do not respond to reports of this kind.”

The Golan Heights is a strategic plateau that was captured by Israel from Syria in the 1967 Middle East war, and annexed in a move that has not won international recognition.

Being formally neutral on the civil war, Israel has already targeted Hezbollah officials and arms convoys inside Syria several times during the conflict.