On Twitter the Israel military said that it will “continue to operate against attempts to violate the 1974 Separation of Forces Agreement and threats to Israeli sovereignty or civilians.”

Two days ago, Israeli Patriot system identified, tracked and shot down a UAV of the SAA over the occupied Golan Heights. In the aftermath of the incident, the Israeli military struck three positions of the SAA in the southern governorate of al-Quneitra.

Recently, several senior Israeli officials, including the Prime Minister and the Minster of Defense, warned Syria from violating the Separation of Forces Agreement.

“We will sanctify the 1974 disengagement agreement and there too we will insist that every last letter be abided by, and any violation will meet a harsh response from the State of Israel,” Avigdor Lieberman said on July 10.

The upcoming hours may witness a limited Israel response, which may involve targeting empty positions of the SAA in al-Quneitra with light weight missiles, similar to what happened last time.

If it were not for the US support for improper and illegal actions by Israel, none of this would be happening. The drone flew into the Syrian-owned Golan Heights illegally occupied by Israel. No US politician or msm representative can admit that because the US is under the control of AIPAC. That is one of the most serious problems for the US because it means the country has relinquished it sovereignty to a foreign power. Here is the underlying reason (it is all about a dangerous religious cult): http://www.newsilkstrategies.com/culture/the-worlds-most-dangerous-cult-its-not-wahhabism
http://www.newsilkstrategies.com/culture/the-worlds-most-dangerous-cult-its-not-wahhabism-part-ii
http://www.newsilkstrategies.com/culture/the-worlds-most-dangerous-cult-its-not-wahhabism-part-iii

Patirots for Israel are part of other deals and they are way waay cheaper than the official price. Also the drone was a military drone and much pricier and bigger than these cheap RC planes. Shahed 129 is not a cheap drone add two zeroes behind that.

Well that’s what you think .
Don’t think the Patriots is cheap and definitely much more expensive than the Iranian drones.

Now surely the Iranians if they are to continue sending drones to drain out the drones they would not be putting in expensive gadgets into those drones.

Similar shape .. which is cheap and does not even need stealth coating .. but with basic navigational gears, cameras and transmission back to local receivers will do .

just send them … one by one also can or saturate … I am sure the israelis will give up as they need those patriots for real battle.

What the jews do…

This video shows an official cameroon death squad murdering two women and their very young children a couple of days ago. The death squad was actually trained in Israel- and the jewish instructors informed the members of the Cameroon army that jews openly murder women and children in Gaza, film the results, and publish the videos to PROVE jews are above all the Laws of Man. The jewish instructors told the Cameroon soldiers that after shooting tens of thousands of innocent unarmed protestors, the king of the jews was invited to visit all the major nations, including Russia and the UK.

Africans respect ‘POWER’. The tribe that can safely butcher the women and children of ‘lesser’ tribes is the African ‘master race’. So the jew trained Cameroon soldiers could not wait to get back to Cameroon and emulate the jews of Israel.

SF, like every other jew controlled media outlet, is supressing this impossibly demonic video. And let me make this clear.

We have all seen atrocity videos by Israeli-backed ISIS forces, but these forces were always were always described as ‘outlaws’. What is unique about this Cameroon video is that the soldiers themselves filmed the murders, and the soldiers are an OFFICIAL unit operating out of a joint Israeli/French/American military base in Cameroon.

Even Adolf Hitler never allowed his people to murder in the open like this. But the new Hitlers world jewry is placing into power across our planet now believe it is ESSENTIAL to record and boast about their crimes against Humanity.

The jews need an AGE OF ATROCITY to move forward their plan to murder tens of millions in Iran (by proxy) and millions more in Gaza and Lebanon.

SF runs this kremlin backed drone narrative to imply that Assad ‘offends’ and the jews merely strike back in ‘self defense’. Anyone here who did not reverse their opinion of Putin, when Putin personally invited the filthy demonic jew who rules in Israel to party with Putin in Russia is either a mor-n, or a zionist.

The king of the jews, and now Trump, did their world tour to lay down the preparation for the coming Iran War. SF is now running daily propaganda demonising Iran- implying Iran is a ‘threat’.

Good idea, but USA and USA-tax payer can afford such a expense. Billions of dollars are nothing for USA, for the good of ISrael.

Islamic state offered free education to all people on its terrtiroy since beginning.

WHAT “its territory”‘?!!?
You mean on territory of Iraq and Syria?!
Your parallel is very insulting !!
I don’t even want to talk with you!

To make it very short if you are sympathizer of Jewish Caliphate you can go to hell !
And those Israeli Jihad pigs will all wait for you there you Jewish scum!

Education and indoctrination is not the same thing jackass.

Your a disgrace to your family

Haven’t you notice of aware that Russia is not a socialist country anymore ? The only indoctrination I know is CIA, Mossad, M16, and Pentagon

Excuse me BiBi & Lieberman ??? Has Israel not flown numerous ‘sorties’ against Syria throughout the past 5 – 7 years and bombed Syrian infrastructure, Syrian Territory and bombed, killed and maimed Syrian People? How dare Israel adopt this attitude of almost pained hurt that Syria might fire a UAV towards Israel!! Syria is entitled to reclaim its borders and without ever crossing the Israeli / UN lines on the Golan, Israel has warned Syria that it will attack Syria simply for reclaiming its territory up to the ceasefire line while further warning Syria that Israel will attack Syrian Forces fighting ISIL on the ground on what is Syrian Sovereign Territory. Fuxx off Bibi & Lieberman

ISIS proves they are right https://youtu.be/G2LTvrtYDT8?t=58s

ISIS is the last stronghold to defend the land from invaders and corruption of the religion.

ISIS are just Saudi Wahhabi mercenaries. And the ‘useful idiots’ used in the NATO/Israeli agenda to Balkanize Syria and Iraq for Israel’s regional benefit.

Support ISIS and Israel The Jewish and Islamic state.

Eveb your photoshop is shittt, just like your ideology

How’s the weather in Israel, particularly out in Moshav-Yatzitz, near Ramla?

Syria and their allies want Palestine back as it was before 1922.

Just another lie to justify an attack on the Syrian Forces..The israhelli child killers are cracking up,because they cant stop the advance of Syria and its loyal Allies.lol. 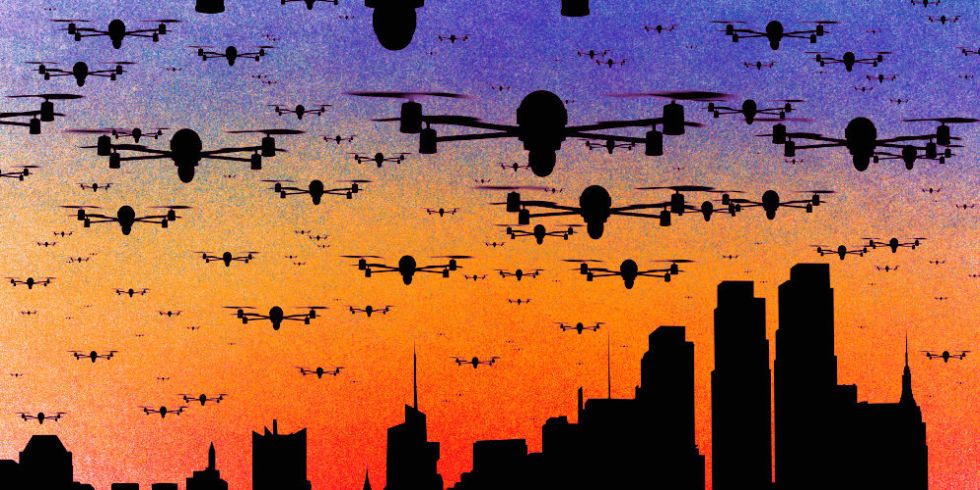 It looks like the SAA is doing this on purpose.

Getting the Israelis to waste money is an excellent tactic of war.

Eurovision, the future is now:
https://youtu.be/gEzDD0dZU8U?t=32s

SAA Drone probably cost no more than $4,000 where as IsraHelli Yanki Patriot has an estimated cost of $4,300,000. In any case the SAA drone, was “most likely intercepted”. If it was shot down they would say so.

Yeah its not cost effective but Israel doesnt care as its the US tax payer that really pays!

Jesus Christ. I actually went on a search to counter your ridiculous statement regards the cost (no offense), BUT…

As posted above….. with love from Syria

PS No offense intended in doubting you for a mo.

Only a small detail: SAA doesn’t operate Raytheon shit.
One up to Redadmiral.

There is no need for your pathetic comment, me and red Admiral are on the same side. I made a mistake, I sort of apologised. F.O.

You’re on nobody’s side. You always start by insulting people then you beg for pardon. In my first year they called it psychopathology.
Be well.

None taken Al, I checked out the cost of the Kuwaiti purchase of 209 PMs which came in at a staggering $900 million. Mobile phone calculator produced the individual cost. IsraHelli Dept. of War, probably gets a very special price, which is covered within one of the many Yanki Black Ops budgets. Normally I would copy and paste the link to support what I say, unfortunately, the plug and play keyboard which I am using does not have this facility. R

Tell the “Alberto Campos”, we are OK will you please. See post above.

You are forgetting the high price of balsa wood in the current drone market!

The patriot missile costs are passed on to Americans who are sucked dry by Israel. But you’re forgetting, it takes a team to operate a patriot battery. These are Israeli soldiers picking their noses for years to shoot a drone. Then they’ll get a pension the rest of their lives, and pension continues to their Widows after they die. In the end , Israel will be spending hundreds of millions of dollars on these drone shooting team. It’s the long term high cost of an advanced military that powerful nations don’t think about.

That is, the jihadis launched one of their few remaining drones toward the Israeli border providing the desired justification for committing more acts of open war against the Syrian people.

Like ringing a door bell with a cannon. Israelis are given billions of US tax dollars for ‘defense’. That military charade was at our expense.