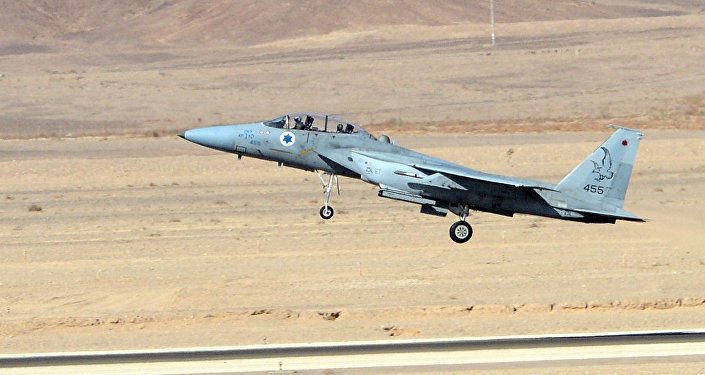 On April 29th, Israeli Intelligence Minister Eli Cohen said that war could begin with Iran, if the results of the US-Iran negotiations on the Nuclear Deal are not satisfactory for Tel Aviv.

“A bad deal will send the region spiralling into war.”

“Anyone seeking short-term benefits should be mindful of the longer-term,” he said. “Israel will not allow Iran to attain nuclear arms. Iran has no immunity anywhere. Our planes can reach everywhere in the Middle East – and certainly Iran.”

Cohen said that in addition to denying Iran the means of enriching uranium and developing ballistic missiles, world powers should make it stop “destabilising other countries” and funding militants.

The Vienna talks have been overshadowed by what appeared to be mutual sabotage attacks on Israeli and Iranian ships, as well as an explosion at Iran’s Natanz enrichment plant that Tehran blamed on Israel.

And initial optimistic reports of progress being made at the Vienna talks, there’s been no chatter for almost a week now coming into May 1st.

In the week ending on May 2nd, Israel sent senior delegates to Washington to discuss Iran with U.S. counterparts. The White House said the allies agreed on the “significant threat” posed by Iran’s regional behaviour.

The Israeli ambassador to the United States, Gilad Erdan, said the Biden administration would consult with Israel about any new nuclear deal – the prospects for which he deemed hazy.

“We assess, to our regret, that the Iranians will refuse such a discussion,” he told Israel’s public radio station Kan, alluding to Iran’s insistence on restoring the original deal, which Trump called too limited in scope and duration.

“But if it emerges that we were mistaken, and the Americans succeed in securing a discussion of a different, better deal, we will certainly be part of that discussion. We made that clear and the (Biden) administration welcomes this, of course.”

As such it is more than likely that little progress is being reached because Tel Aviv stands in the way of it being achieved.

President Joe Biden explores a possible U.S. return to the 2015 deal to contain Iran’s nuclear programme that his predecessor Donald Trump abandoned, Israel has stepped up calls for more sweeping curbs to be imposed on sensitive Iranian technologies and projects.

Iran, which this week resumed indirect talks with U.S. envoys in Vienna on reversing its retaliatory violations of the deal in exchange for the removal of sanctions reimposed by Trump, has ruled out any further limitations on Iranian actions.

Tehran requires all sanctions be lifted, before Washington can effectively and truly return to the Nuclear Deal.

Israel has been warning of going to war with Iran ever since Moses was running around in shorts. All they talk of is going to crush Iran and then complain as unfair that Iran returns the rhetoric an another reason to go to war with Iran. At times it is hard not to think that it is a pity that the NAZI’s didn’t get a chance to finish the job. Forever expecting and demanding the world feel sorry for them for what happened and use that as a shield allowing them to make their perpetual insidious rantings for war. I used to respect and feel sorry for Israel but now I wish their nuclear weapons had an accident and blow Israel off the map.

What a pitiful tribe. No one believes bibi’s banalities anymore. not even his own tribal members. diaspora time bibi.

Hmmmm. Seems that Israel is the one who learned a lesson. Didn’t they just find out how easily they can be reached and just how good their AD is? How many days has it been since they hit Syria? How long has it been since they were caught with their AD pants down? Just a coincidence I’m sure…Bibi knows that Iran is not going to risk their only defense, so again he threatens war. A war they cannot possibly win. Bibi, get this: No one is believing your BS anymore. Propaganda aside, your threats are mostly what they have been all along…hot air, from a blow-hard furniture salesman.

they will never attack iran, they are way too chickenshit scared hahahahahaha

Don’t look now Bibi, but your Haifa refinery is afire. Officially it was a broken pipe/valve, unofficially a cyber attack. Gee, what a run of rotten luck. I wonder if Israeli’s are starting to get the message that you are full of manure and that there is no where in Israel that is safe…and Bibi is threatening war? What a DF.

I heard someone claim that more than 80% of Iranian Shia Muslims believe that after constructing nuclear weaponry, the 12th Imam will appear and Iran will become the leading global power with Islam as the dominate religion. The speaker believes this is inspired by a Zorastrian belief.

If they really believe such a thing, I think it only matters if Iran uses nuclear weapons first. They most certainly can’t conquer the earth, even if Islam were to become the dominant religion which I do not think it will.

80% of Iranians are not religious, just like any other country. Get real no?