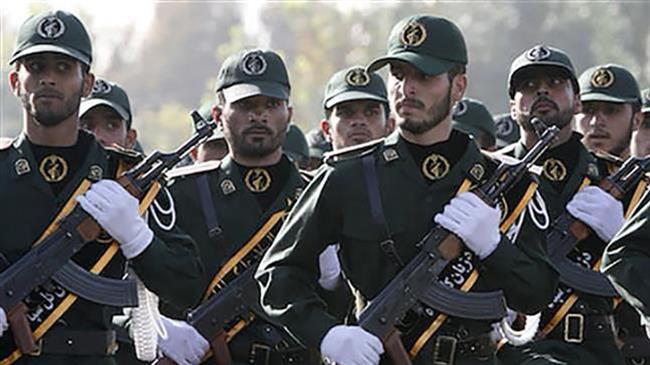 Senior political and security officials in Israel have warned that there were “concrete” Iranian threats to Israelis in Istanbul city and urged all citizens to leave Turkey immediately.

The warning came following unverified reports which said that Israeli and Turkish security agencies thwarted several attacks on Israelis in Turkey. The alleged attacks were reportedly planned by a network of Iranian operatives.

In the woke of these reports, Israel’s Foreign Minister Yair Lapid urged all Israeli citizens in Turkey to leave “as soon as possible”.

“If you are already in Istanbul, return to Israel as soon as possible,” Lapid said in a public warning on June 13.

Israeli officials made a more serious warning on June 17, saying that they believed that Iran has already ordered cells made up of Iranians and locals in Turkey to target Israelis in any place they could over the weekend, especially in Istanbul.

The officials said that any Israeli could be targeted in any place, including hotels, restaurants and other entertainment places. Those who could not leave were told to lock themselves up in their hotel rooms and to hide their Israeli identity as much as they could.

According to Israel’s Channel 12, Israeli agents are currently in Turkey working with their Turkish counterparts to thwart the alleged Iranian plot.

“Being in Istanbul right now [for an Israeli] is akin to playing Russian roulette, tempting fate. If we could publicize the full operational picture, [Israelis] would be fleeing as they would a fire,” on senior official told Channel 12. “Cells of Iranians and Turkish mercenaries are out searching for Israelis at any cost, we can’t foil every single attack; I urge Israelis to return home.”

Israeli officials believe that Iran has been planning these attacks for months in response to the assassination of a number of its scientist and senior officials. The Israeli intelligence was blamed for these assassinations.

The most recent victim was Quds Force Colonel Hassan Sayad Khodayari, who was shot five times in his car by two unidentified gunmen on a motorbike in the heart of the Iranian capital, Tehran, on May 22. Back then, Iran vowed to take revenge.

.. When’s the world gonna stand up against this unacceptable system designed as part of geopolitical infrastructure of the west..?

The 2 comments posted above were rejected by the censor.. Nothing’s offensive with the sentences but the conduct of the censorship that I found irrational.. Disgusting indeed.

Cash manufacturing easy and fast strategy to figure partially time and procure further 15,000 or a lot of over this on the web.oip02 by operating in my time beyond regulation I created 17990 in my earlier month and I’m exceptionally cheerful currently as a results of this work. You’ll try this presently by follow subtleties here…… 𝐜𝐚𝐬𝐡𝐬𝐢𝐭𝐞.𝐭𝐤/

Last edited 1 month ago by Work AT Home
-4
Reply

When I’ve been censored here on SF, it was Captcha that did the censoring. Who owns Captcha? And what kind of AI do they use?

“.. When’s the world gonna stand up against this unacceptable system designed as part of geopolitical infrastructure of the west..?”…

Let’s hope your comment is seeing Russia finally saying “when” with announcement(s) like this to F-UKU$/EU “brigade” – https://www.zerohedge.com/geopolitical/luongo-russias-new-rules

Lets also hope that Putin does what his predecessor(s) did in the 70s throwing the dual “denizens” out of Russia for good on a one way boat to Tel Aviv that they still defer to!?

Because they control the global financial system and the global medias too. Therefore I say: Stop JWO/NWO judeo-communism, stop World Jewry, which is the real pest of mankind !

Name the Jew ! Do as Jesus did ! Jews are the “Children of Satan” that’s what Jesus called them. Hitler called them “The most evil world-enemy of all times” and “the world-poisoner of all people”.

NWO/JWO the World Jewry that’s the real enemy, this we all need to realize.

Yes all the injections are produced and marketed by large jewish pharma companies. Pfizer ( which is an anagram for Iuzifer -> P becomes Iu) with his jewish CEO Albert Bourla and his satanic vaccine name COMIRNATY which is an anagram for the jewish word Goyim-RNA ( =subhuman resp. human-cattle-RNA), is clearly a jewish company. (ComiRNAty –> C+t = G rest goes into *oyim RNA) Same goes for ModeRNA with its again jewish CEO Stephan Bancel and its jewish chief scientist Tal Zaks. Goes on to Astra Zeneca with is jewish CEO Pascal Soriot and so on and on. Plus another jewish pharma gigant called Roche, selling and making billions with that fake PCR-tests. Even the Russian Sputnik V vaccine is produced by the Gamaleia Insitute which is led by the Jew Alexander Ginzburg. So you see all the ratpoison death-jabs are done by jews.

Man, it is all jews ! They are behind this global genocide against mankind ! These “children of Satan” (what is what Jesus called them !)

And by the way, jews control Hollywood,, they produce twisted satanic propaganda films since day 1. So why do you beleive what these satanic brute is publishing about Israel and themselves taking the deadly injections too ? It might very well be a big Hollywood stunt, with them just faking it, and taking salt-water injections only.

Never believe jews. Not even a single word. They are pathologically liars. Do not fall for their media hypno-tricks and babbeling.

Who knows if this is even believable? I think official Iranian agencies would target their scientists, military or politicians, not just random tourists.

Iran doesn’t waste time like that. If they’re going to do a big hit, they won’t waste on turkey. This is straight bs

Iran ain’t gonna do shit except bluffing like they’ve always been.

Ahson
Reply to  Whatever

It is against stated policy of Iran to target civilians and that too in a foreign country. This is nothing but fear mongering bogus news. Get real……

Right. It smelled of BS. Just deflection on who is really killing civilians.

Against the gay mollahs policy’s ? ok dumbo we all believe that p.of

You’ve been told a number of times to quit fuckin stewing. Iran is not responsible for your country’s bankruptcy. You understand? or do we beat you up?

More fearmongering by the persecuted? Still, it helps with the complex and the PR.

This is a typical example of a scam by the zionist intelligence agencies to paint their enemies as terrorists. Target is the gullible public in western countries and in the zionist state and western officials.

Is this the start of a western coup on the Erdoğan government? Get foreign citizens out of the capital before it gets chaotic?

Could be indeed, Maybe a friendlier Turkey will allow sweeden and Finland into nato

Why doesn’t Israel try not bombing other countries?

Kek at the bestial shitskin hebrews cowering like whores afraid of pussy rape in their hotels…wog cunts.

I hope israel ceases to exist and all the shabbos goi’s and the chosenites. They are EVIL!!

There have been comment on Recaptcha –its run by Google -wont work with Javascript off/Tor/VPN etc ,also DDG is censoring Russian friendly websites (admitted it ). I have to disable all my blockers to post here ,the excuse is-“to stop bots ” . Google is the No.1 civil world tracker.

Israel loves to scare her citizens. They do that regularly, especially when they’re moving around. “Only Israel can protect you”. Well.