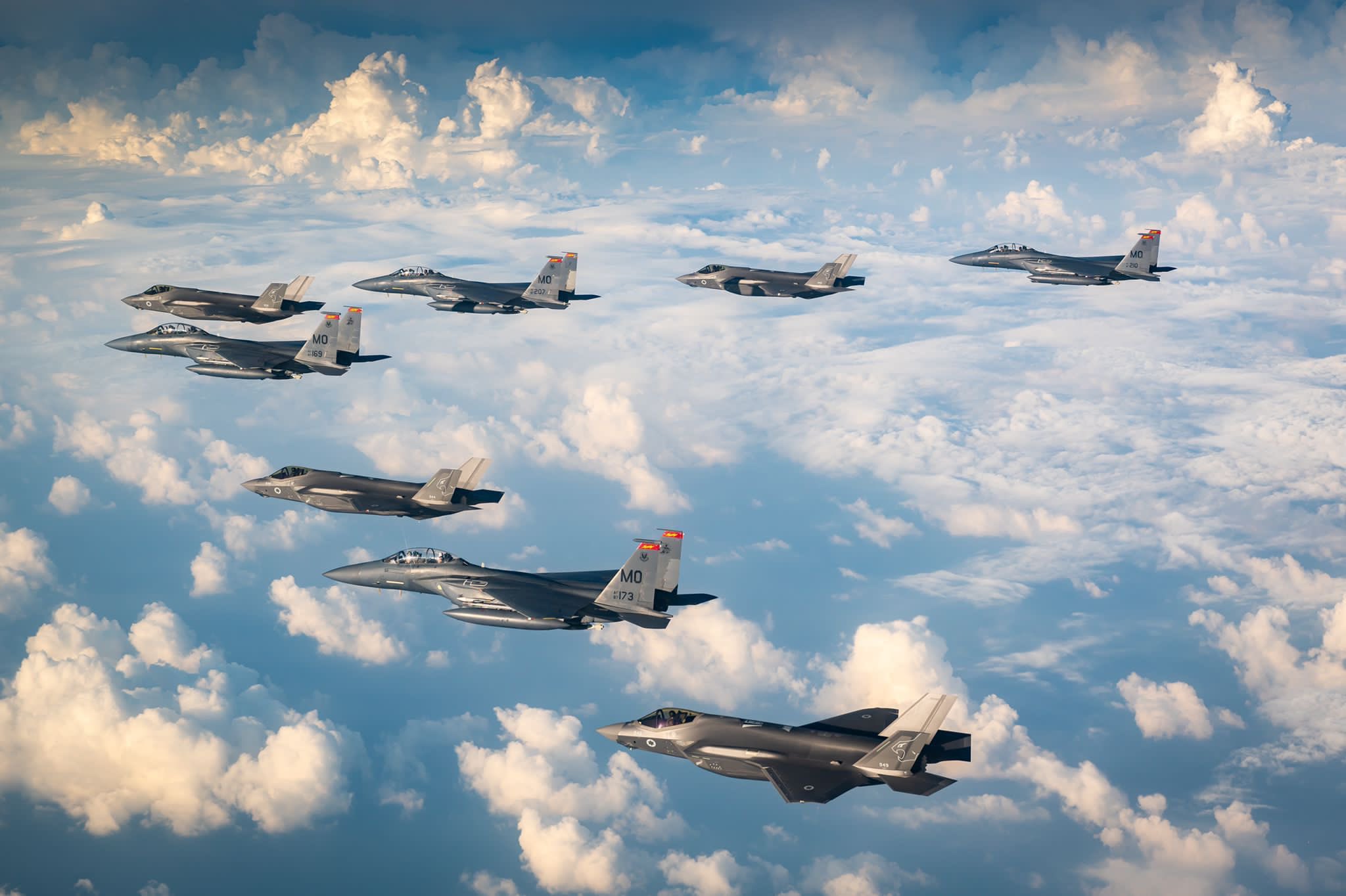 On November 30, the Israeli Defense Forces (IDF) shared details on a series of joint air exercises it held with the United States military over the last 48 hours, simulating strikes against Iran and its allies in the Middle East.

In a statement, the IDF said that the joint air exercises “simulated an operational scenario and long-distance flights” and provided some technical details.

“These exercises are a key component of our two militaries’ increasing strategic cooperation in response to shared concerns in the Middle East, particularly those posed by Iran.”

The office of the Israeli Prime Minister Yair Lapid said that he observed a part of the joint drills from the IAF’s underground control center. According to a statement by the office, IDF Chief of Staff Aviv Kohavi, and IAF chief Tomer Bar showed the PM the various scenarios being exercised and discussed the Iranian threat.

“The strategic cooperation with the United States and other countries strengthens the IDF’s capabilities in the face of challenges in the Middle East, chiefly Iran,” Lapid said.

The joint exercises were agreed upon in Kohavi’s five-day trip to the U.S. last week. During the visit, the senior IDF commander told American defense officials in Washington that joint plans for offensive actions against Iran must be accelerated.

While Israel continues to push for a military move to end Iran’s nuclear program, the Biden administration in Washington is still hopeful that the 2015 nuclear deal can be revived through talks with Tehran.

Bot content with killing their own people by bio weapon the Israeli government seeks to further depopulate the planet by any means possible.

Why
Reply to  Moshe Dayan

The ZioNazi Israel regime is a cancer on all peoples, including real Jews.

Khazar Agent
Reply to  Why

I do not understand the term “Real Jews”, as word “Jews” were invented in 18th century.

Do You mean Real Semites?

“ZioNazi” There is no such thing. The Nazis were against the jews. There are no “real jews” The jews stick together and lie to the goyim and send them to their deaths.

All jews need to be exposed, expelled and removed from any position of power.

PEDRO EL GRANDE
Reply to  Why

A response to the Ru China formation near S.Korea ? more likely a reminder of USA’s new policy to use nukes on non nuclear countries to bring them into the NWO. https://sgp.fas.org/crs/nuke/IN10553.pdf

Those drills are child like games, where they always win no matter what…

Oh BTW, “F-35 fighter of the 121st squadron of the USMC at the Kadena Air Force Base on the Japanese island of Okinawa, when towing, the front landing gear just dropped”. <- You can't make this shit up.

The nose landing gear detached like a lego piece.

The biggest and the most enemies of middle east Peoples.. usa and her little israeli.. always ever .

Its nonsense of the exercise, and the Cowards won’t do NOTHING. Ziothieves hope to create another agenda to marshal and steal the world’s resources, just like they roped in the sick EU to the project Ukraine which is seemingly a lost course. As soon as Ukraine collapses, there will be another war and most likely in Iran. If not Serbia or Taiwan.

Hahaha we will rule the world!!! Hahaha!! At least that may happen when pigs fly. Seems the multi trillion dollar F35 isn’t; as good, as the old F16? Figure that in to the equation and what if they have to abort the mission because it starts raining 🌧 🤔.

For those Zionist loving Americans, enjoy your $300 a barrel of oil and what that will translate to the pump, when the straits of Hormuz are closed.

It’s funny because Americans thinks NATO will beat irans speed boats and other naval defence in the strait of Hormuz and clear it up for cargo ships. Even if that some how happens, there’ll be so much debris that even with iran no longer there, cargo ships couldn’t safely maneuver around the debris, keeping it closed for weeks. Once iran shuts it down, it won’t open back up for a very very long time.

This is cute. It takes them a few hours and refueling to get to Iran. Iranian missiles take only 15 minutes to get to Israel and Saudi Arabia. These fools won’t have an airport to land on their way back!

The fascist cowards ain’t gonna do shit against Iran except pointless and meaningless posturing.

…there is always the unexpected battle before the planned battle, just a word of caution. ;)

We are tired of threats coming on 40 years now. So far nothing’s happened and probably never will.