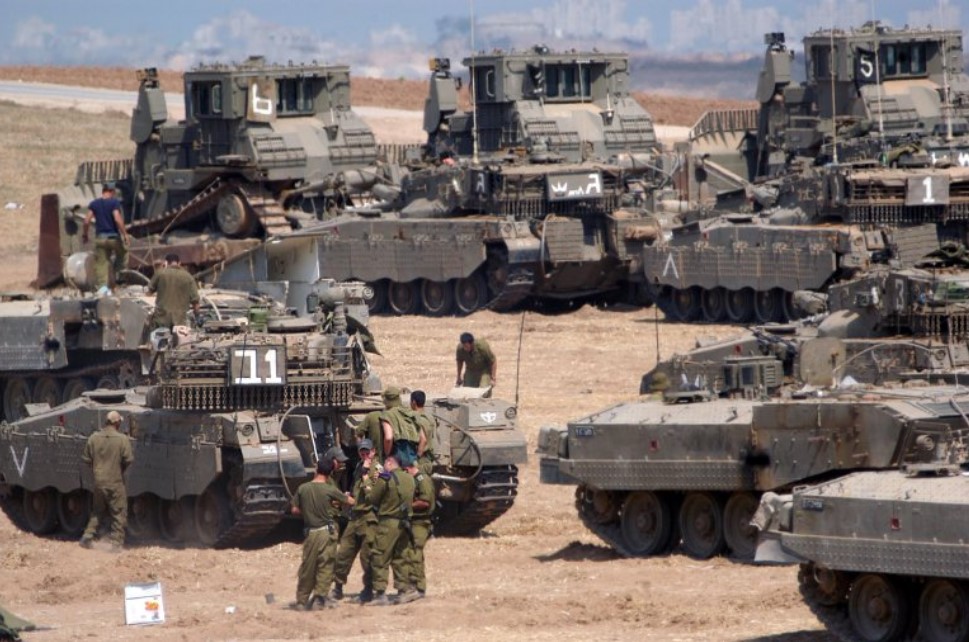 Israel may soon launch a wide-scale military operation in the Gaza Strip, Israel Minister of Public Security, Strategic Affairs and Minister of Information Gilad Erdan said on June 21, according to the Israeli media.

“There is a great chance that we will have to embark on a military operation in order to create long-term deterrence. There may be no other choice, and we would have to enter into a large-scale operation in the Gaza Strip – as early as the next few months,” Erdan told Army Radio.

Erdan’s remarks come amid sky-hight tensions between Palestinian armed groups (mainly Hamas) and the Israeli Defense Forces (IDF) in the Gaza Strip. On June 20, the sides exchanged strikes. The IDF carried out strikes on at least 22 targets in Gaza. In turn, Hamas launched about 45 rockets and shells at Israeli targets.

The Israeli media is actively speculating that the IDF IDF is preparing for a a large-scale operation in the Gaza Strip. These preparations allegedly include deployment of additional Iron Dome systems in the area.

On June 20, Israeli Defense Minister Avigdor Lieberman visited the Bahad 1 military base where here threatened Hamas in a statement.

“Regarding whatever happened yesterday, I have only three words to say to Hamas – it was [a] mistake,” Lieberman said during the graduation ceremony of an IDF officers’ training course.

“Tell Liberman in three words: Do not misunderstand our patience,” Zuhri tweeted in Arabic on June 20 afternoon.

The crisis over Gaza is developing.

I’m sober enough to kick you in the nuts, “babe”!

Why thank you motherfucker!

Real sweet…..a real lady you are

Even the trashiest shiksa is more “lady” than a zio-vag.

Time for me to bow out of any more conversation with you, number one, some of your words dont appear to be english, and thats what i speak, and number two, your conversation is rather uncouth my dear, i will enjoy with others, bye bye

Yeah run along now to your ‘safe space’. Be sure to keep your hands over your ears, dear – reality is brutal.

Waiting for your brain to sh*t out something clever.

As if israel’s illegal/immoral existence isn’t already a daily threat to ALL Palestinians (and the world).

The opposite is true. Don’t booze early in the day. Allah will punish you.

Another Guido fucker who’s pickled in ziocaine. 70 long years of jewish Hitlerism against the native Palestinians is a FACT, dear. And here’s another fact for you: the jewish army is a paper-tiger soaked in Arab gasoline. One more fact: NO ONE is afraid of the jews BUT the jews are afraid of EVERYONE lol!

The jews dont appear to be afraid of anyone, to me. One tiny little state, surrounded by a baying pack of wolves. They are not scared because they know their Messiah is coming…..and He will rule over their enemies

Fool you will also bend the knee and confess Jesus Christ is Lord of all to the glory of God the Father…..whether you like it or not. Only then He will be your judge not your Saviour, it will be too late to repent. One sad day you will remember this very conversation and be filled with bitter regret….but it will be to late

The Crypto-Zio-Lord Jezus the Christ in your Rewritten Bible.. ofcourse..You will be Suprised when you meet your Creator…You Folks Exterminated my Brothers & Sisters….why? Were they bad people? Or “Pagans” that deserved to Die…

I dont even know who your people are, do you know who mine ate…..probably not

You are a Gringo right?

So we dont realy know each other at all…..like i thought. Almighty God knows each one of us, better than we know ourselves, He knows each of us is lost like sheep, full of a sin, and full of our own sinful desires, not caring what God thinks or wants…..and yet while we were enemies of God, he sent his son to commend his love to us and die for us

I don’t have any sins…. Sins are for Sinners….me Only Sin is that I wanna kill Evil fucks…I’m the Wolf guarding the Sheep…

We all sinners my dear

I ain’t…told you…the Heart should be Pure…Free from Lies & Deceit…No Greed… Yeah Your World is Poisoned! Mine is Not! Mine is Destroyed… the ones Responsible will pay…

I have american indian blood actually

Many have in the States…. but Little Fullbloods to be found on the Rez…the Alcohol & Boarding Schools killed the Last Remnants of the Wild & Free Men…. they were thoroughly & Utterly Destroyed… their Spirits Scattered in a Thousand Pieces… Just to destroy them as Nations & as People… the Sacred Hoop is Broken…and will not return…

Jesus Christ has promised to make the spirit whole, of all who come to him in repentance and faith. His precious blood can make us whole, whatever background or culture we come from

And yet Jesus himself never did anyone an instant of harm in any way, his followers should be like him, if not they are , maybe mistaken, or worse, not his at all

the Rebel
Reply to  Jane

Jane
Reply to  the Rebel

Thank you my friend

You “appear” to be a jew who’s scared of your own shadow, hence your goy fake name of ‘Jane’. And you’re defending Rothschild’s israel and its ongoing genocidal, mass-murder crimes in the name of who exactly? The khazarian fake-jew terrorists? LOL! Them “wolves” you speak of are actually the natives, you despicable racist rat! Israelis are NOT native to the Levant – nobody is surrounding ‘israel’, in fact israel FORCED itself on everyone there and sooner than later, it will not exist and the world will be a better place for its demise. Not only is history and morality against it, but so in geography – they’re gonna get missiled back to their REAL homelands in europe, Africa, Russia, south America and USA. Israelis are pickled in the fear, dear: explains their permanent, incurable psychosis and their 3000 year old reactionary anti-gentilism.

the Rebel
Reply to  Lena Jones

I thought you said you were scramming (like a rat!) outta here – what happened? You needed a shot of ziocaine for (fake) courage? I don’t blame you. Goys are scary, aren’t they?

allah got no moral right to punish, his prophet was an immoral degenerate

Ya catholic I guess.

You dont have a clue do you. Dont worry it doesnt really matter, what you or i are cant possibly make a difference to what God is. Gota go sorry, im going out somewhere, talk again my friend

I have to go, another time my friend

… and occupy the Northern Part of GAZA where the new GAS and OIL reserves were found. It’s like with the GOLAN (water, OIL, GAS). That’s the real reason.

they always proove me right them satanic jews.thank you.

You gona answer to Almighty God one day

It would appear that the Israelis feel totally secure with the Orange One in the White House covering their back. On the plus side for Syria, with the Israelis engaged in the Gaza Strip there may be less chance of them creating problems in Syria.