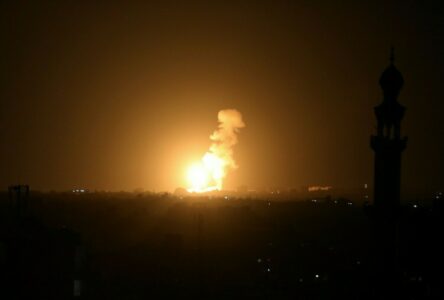 Early morning of November 3rd, the Israeli Defense Forces (IDF) struck targets near the Syrian capital of Damascus. The attack was carried out with surface-to-surface missiles fired from the Golan.

The Syrian Arab News Agency SANA reported that the missiles hit sites in the Zakia region outside Damascus and caused material damage only. No casualties were reported.

“At about 02:58 a.m. today, the Israeli enemy launched an aerial aggression with a number of missiles from the direction of northern occupied Palestine targeting one of the posts in Damascus Countryside in Zakyia area, and only material damage was reported,” a military source told SANA.

No details on the targets were revealed. According to unconfirmed reports, Syrian Arab Air Defense Forces at Qudsiyya area and a SAA weapon storage site at Zakiya neighborhood could be targeted by the strike. 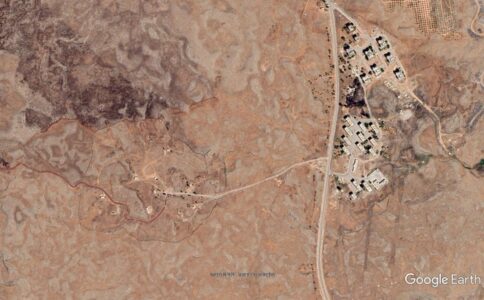 There were no immediate comments from Israeli officials.

Israel has recently increased its activities over the Syrian territory, after it reportedly received a green light from Russia. The IDF are targeting various Syrian regions on a regular basis, using both their aircraft and ground-to-ground missiles.

The last similar attack of the IDF took place on October 30 morning, when a series of Israeli strikes targeted military positions in the outskirts of Damascus. Two soldiers were injured in the attack resulted in material damage. According to the Russian Ministry of Defense, Syrian air-defense systems intercepted two out of eight missiles launched by Israeli fighter jets.

In mid-October, Israeli Air Force carried out an attack south of Palmyra. It was reported that Israel attacked Syrian positions from the airspace over the border area of Al-Tanf, where the military base of the US-led international coalition is located.

Israel usually explains its attack with targeting the Iranian-backed forces in Syria or “Iranian weapons shipments heading to Hezbollah in Lebanon”. The SAA forces are also punished for cooperation with Iranian-backed fighters.

Israeli officials are increasingly concerned over the proliferation of Iranian-made surface-to-air missile systems in Syria, as well as the improvement of the SAA air defense.

It appears that the U. S coalition is desperate for war.

Well there will come a time when they will get one,its like when we were at school trying to hide from the Bully doesn’t work,they have to be punched hard,best when they don’t expect it like when Al Asad air base was trashed with ballistic missiles.