“Israel has drawn up a list of targets within Iraqi territory, in preparation for a strike, claiming that they are Iranian military sites used to transport weapons and equipment to Syria”, the Kuwaiti newspaper Al-Jarida reported citing anonymous sources aware of the situation.

According to al-Jarida, the targets that Israel intends to hit include even some Iraq-Iran border crossings.

Over the past few months, Israel has been deeply concerned over the setbacks of its strategy aimed at deterring the government of Syria and its Iranian allies. Despite Tel Aviv’s opposition and some strikes by the Israeli military, the Syrian-Russian-Iranian alliance has retaken most of southern Syria from militants and has entered a final phase of its operation there. This military operation de-facto destroyed the militant-held buffer zone, which Israel has been supporting east of the Golan Heights since the start of the war.

While, according to an official version of the Russians, there are no Iranian and Iranian-backed forces east of the Golan Heights, it’s clear that the elimination of militnats opens additional opportunities for Teheran and its allies like Hezbollah to buid up its infrastructure and forces in this part of Syria.

This situation is a major setback for Israel. In this light, new “leaks” about possible Israeli actions to detter Iran are just a common part of the ongoing propaganda campaign designed to show the strengh and resolution of Israel to defend what it describes as own national security interests. The only issue is that strategically this does not improve the situation in which Israel has recently found itself.

According to some experts, Tel Aviv’s willigness to continue active actions against Iranian forces and their allies on the Syrian-Iraqi battleground will easily lead to a further regional escalation and may even trigger the start of an open war.

This is a crunch moment – if Y.id planes enter Iraqi airspace, I hope all air defence is utilised, plus Iraqi jets sent up. Are Israel digging their own grave here ?

Exactly, the Zionists are out of control and hopefully in the verge of committing suicide if they attack Iraqi and Iranian forces. The combined population of Iran, Iraq and Syria is well over 150 million and they are unlike Egyptian cowards, willing to defend themselves. BRING IT ON!

Jews want to engage the US but unfortunately for both the forces that they plan to attack will be their eventual defeat, US is useless and the Jews are the most despised people and plenty have an axe to grind with them.

TheLulzWarrior
Reply to  You can call me Al 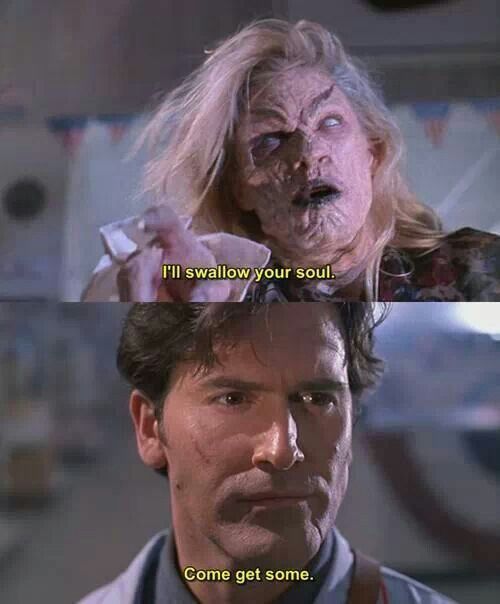 You can call me Al
Reply to  TheLulzWarrior

Sorry, we cannot come yet, as we have other vermin to get rid of first. Thanks for your invitation though, we shall be there shortly.

Zionists are literally hot air as they are having a hard time just with Hamas balloons, let alone take on Iran and Iraq, not to mention Hezbollah. The barking mad Zionist cowards are freaked out as their Syrian destabilization plan has backfired and now SAA, Iranians, Iraqis and Hezbollah have truly established a Shia Crescent. If the Zionists are stupid enough to bomb Iraq they will be committing suicide. There are already 1500 IDF and MOSSAD in Iraqi Kurdistan launching terrorist attacks in Iran.

No worries the Yanks Will step in and fight for the Zionist!

They obviously want to commit suicide, rather than accept the fact that their plans to expand israhell into Syria and Iraq has failed.They have opened a hornets nest by bringing Iran into Syria, a monumental mistake caused by their arrogance.They will pay a heavy price if they attack Iranians in Iraq.

first of all…….IRAQ is an occupied state.
2. Iraq has NO what so ever AIR DEFENSE
3. Iraqi airforce is in its kindergarden years and no match what so ever for israeli airforce

Now to the allegations of israeli attack on iraqi-iran border crossings……….never can this happen out of logistical reasons….the israeli airplanes would have to be refueled TWICE in the air before reaching its targets and the same for the way back, not to mention that in case of worst case scenario that a plane is going down, there is absolutely no way for special forces of IDF to evacuate the pilots from that area….its way to far away from israel.So this whole notion of IDF attack on iraq-iran border crossing is a LOAD of BULLSHIT.

IDF attacks in syria? have been , and will continue for the time beiing but nothing in the scale of previous attacks.Why? SAA is now in control of most of its areas again, and will by the end of 2018 have full control over syria again.This means that any future IDF attacks on syria will take into account A. the war against assad regime is over B. SAA now has the manpower and logistical and technical knowhow of missile defense and missile offense that NO other country in the middle east has including Israel.C. hence, any future attack by IDF on syria will be met with a tit for tat payback.Only israel is a tiny country, and cannot afford a tit for tat missile exchange with syria.take out international bengurion airport(like hezbollah did in 2006) and israels economy is dead within weeks.
The so called A card that israel holds is the USA.The country that backed satanic israel from day 1.The country that spends more on defense than the next 10 countries combined together.The country that has military bases all over the world.Thats the danger.You see the reason why the so called deep state can do all that without the ordinary citzien going nuts, is because america has never, NOT ONCE suffered from modern day warfare.ZERO.NADA.Just imagine ifsaddam could have fired just 20 scud missiles at new york, or las vegas or detroit or seattle or los angels or denver or etc…….
The danger is with the satanic jew deep state getting the usa involved in another big confrontation involving syria and iraq and iran.And the funny thing is the they are still correct when it comes to strategic thinking.Nor syria or iraq or iran can attack even if the wanted to the USA.Not one of them has a weapons system that can hit the USA.And as long as the so called elites are not in danger of getting their kids bombed, their streets bombed this american invasion of different countries will continue.Its the impunity thats so dangerous.A good example is israel.Why can the IDF be so cruel, and bomb gaze when ever it feels like it? or arrest 1000 palestinians in the west bank in 1 overnight raid.Because they have impunity.They know that they cannot be hurt by either hamas nor PLO.
Does the IDF show the same gameplan in lebanon? No…. since when has that changed? well since its obvious(israel learned in 2006 the hard way) that hezbollah can seriously inflict damage on israel territory.
We are living in Darwins world.The survival of the fittest, the strongest.

Syria, Iraq and Iran may not have possibility to attack US, but all three can make havoc for thousand yankees and their friends in arms in their vicinity …

You have no right to live. Because you wittingly take life from the better people. The time of settlement will come no matter what. People like you will be destroyed. The same what happened to us will happen to you. And you can not do anything against it. https://youtu.be/OFNicUdnhlg

The enemy of lslam: He understands things as understanding without grasping, let alone understand. He knows what he does not know. He regains knowledge and does not understand, he does not want to understand that he is getting rid of the possibility of knowing.

If next time Netanyahu forces attack Syria, Iraq, Jordan, Lebanon or Egypt so then they target four points by their hypersonic ballistic missiles like Russia’s Iskander missile.

2) The Dimona nuclear reactor at the Negev Nuclear Research Center, where Israel has produced 400 nuclear weapons 5kt to 250kt.

3) Israel Institute for Biological Research (IIBR) which are developing biological and chemical weapons. It is located in Ness Ziona, 20 kilometers south of Tel Aviv from where chemical plant had supplied to terrorists in Syria to produce chemical weapons and use against Syrian nation.

Egypt is in bed with SA in Yemen, so why you mention them?

Jordan is in bed with the US too, guess Rob had a ‘typo’, does happen.

no typos and he is not what you think he is.

farting and doing is not one and the same. But I hope they do try and this time Iran/Iraq/Syria answer back.

In all fairness, gaming such scenarios is just what military planners do for a living, and leaking this as if it were the real thing is a standard part of psychological warfare. If our kosher partners follow through, an equally standard response would be to behead a few Yanks stationed in Iraq, and let them mull over the consequences of the recklessness of their greatest unwavering ally. But then, this White House is so far gone that they’d much rather bury a few of their own than hear mean words from Bibi; so “standard” doesn’t really work any more.

Frankly, the loyalists have been asking for this with their appeasement. It’s only logical that Tel Aviv thinks that what works in Syria can be tried next door as well. It may be me but I don’t see the Iraqi Air Force stopping them either.

it is a hope they will, nothing in this war, happen as expected.

Bring it On Satanyahu…. HaHaHa Let’s See How much Support You will get this Time Cunt! You can make the First Move… Give the World a Reason to Obliterate Your Criminal Rothschild Freehaven… With the Greetings From Holland…good luck Bitch!
Bring in some more Pantsirs…Take down every Parasitic Vampire in the Sky

It’s no secret that there are several Iran backed militias in Iraq.
Also, today is an off day for South Front. You just called the other news source a propaganda campaign! You’re also accusing Israel of trying to start a war, which is presenting an opinion as fact.

So what’s your point? They have every right to be there. Seeing there where invited into Iraq by the Iraqi government. One other point, Israel is trying to start a War and that is a fact.

What, just one, LOL: