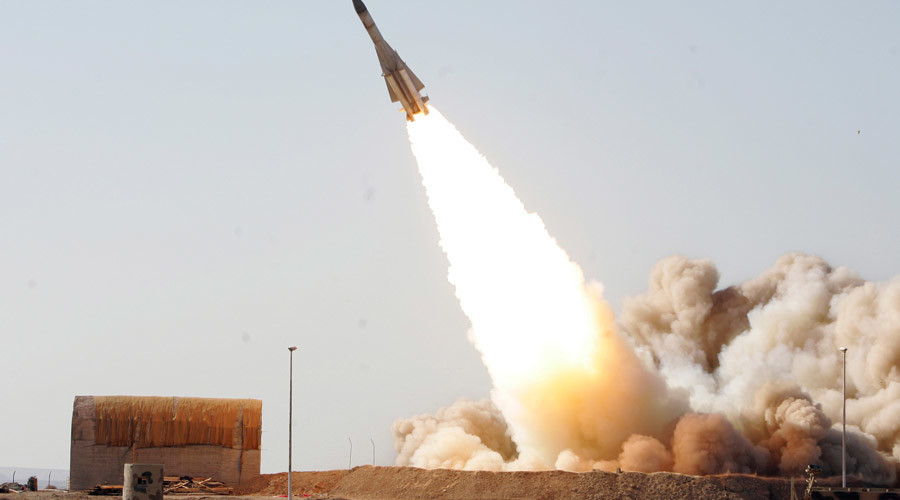 Anti-aircraft missile S-200 being launched during a war game from an unknown location in Iran. © Iran’s Army / Reuters

Israeli defense minister stressed that Iran is Israel’s main enemy. And if he were to choose between Iran and the Islamic State/Daesh/ISIL/ISIS in an open conflict, he and his country would “prefer ISIS.”

He said that the logic seems simple since ISIS/Daesh/ISIL will be defeated but Iran will continue to pose a threat to Israel with its new understanding with the West.

Ya’alon said “Iran is a rogue regime with designs on a regional hegemony. Hezbollah is Iran’s proxy, with the ability to declare war. Iran currently has terror infrastructure in place in five continents: Asia, Africa, Europe and both in South and North America.”

Ya’alon also claimed that Iran nuclear deal was a clear diplomatic victory for Iran. He added that on Tuesday that the nuclear agreement only “pushed back the clock from three months to one year” and that “if Iran feels economically secure, it can breakout and produce a bomb even faster.”

According to the P5+1 agreement which were signed last year at Geneva, Iran agreed to a 15-year moratorium on enriching uranium beyond 3.67 percent. Only the Natanz facility was approved for the enrichment while the Fordo facility was not approved to conduct any enrichment activities or store fissile material.

Israeli defense minister also claimed that Iran is becoming a key player in the region as the country supports Damascus against a large insurgency. He also said, “Iran is a key source of instability in Afghanistan, Iraq, Syria, Yemen, Bahrain, and Gaza.”

On 7 February 2010, Iran’s supreme leader Ayatollah Ali Khamenei told that the destruction of Israel was assured. Khamenei told Palestinian Islamic Jihad leader Ramadan Abdullah Shallah, “Israel is going downhill toward decline and fall and God willing its obliteration is certain”. Khamenei went on to call Israel “a symbol of atrocity, viciousness, and ugliness,” and said the west’s “support for the Zionist regime is ineffective.

According to Israeli defense minister: if he were to choose between Iran and the Islamic State/Daesh/ISIL/ISIS in an open conflict, he and his country would “prefer ISIS.” I see, this is logical, israel has been already teamworking with IS, like for instance bying/selling their oil.

How about the Israeli colonel captured in Iraq commanding isis troops ?

Well…of course Israel sides with isis, isis promotes the lie of Israel..1980 jewish almanac …the jewish writers state themselves… “Today Jews have no historical link to the ancient Israelites” meaning they are imposters… And those darn Iranians just won’t shut up about that.

Israel doesn’t like anyone who won’t sell their people out for Israel.