Just prior to a United Nations Human Rights Council meeting on the Israeli-Palestinian conflict this week, a UN legal expert has declared that Israel is moving closer to formal annexation of the West Bank.

“After years of creeping Israeli de facto annexation of the large swathes of the West Bank through settlement expansion, the creation of closed military zones and other measures, Israel appears to be getting closer to enacting legislation that will formally annex parts of the West Bank,” UN official Michael Lynk said. 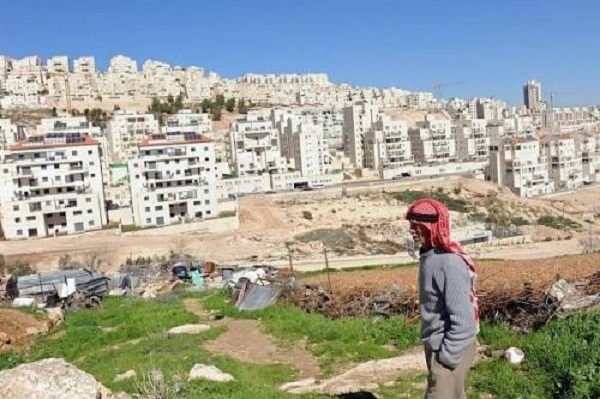 Lynk’s warning was posted on the web site of the UN Office of the High Commissioner for Human Rights (UNHRC) — the rights monitoring body that both the United States and Israel are boycotting, with the US recently stunning the council by announcing its pullout last month, citing a general anti-Israel bias.

The UN statement highlighted Israeli expansion: “This would amount to a profound violation of international law, and the impact of ongoing settlement expansion on human rights must not be ignored,” Lynk continued. “This is my third mission to the region since I assumed the mandate in May 2016, and the reports I received this week have painted the bleakest picture yet of the human rights situation in the Occupied Palestinian Territory,” he said after returning from an information gathering mission to the region.

The statement also highlighted restriction on Palestinian movement, night raids and the lack of building approvals, and what the UNHRC has called a creeping de facto annexation of West Bank territory. Lynk will deliver a full and final presentation of his findings before the UN General Assembly 73rd session in October — this as a formal UN investigation into the recent shootings of hundreds of Palestinian protesters in Gaza by Israeli security forces is simultaneously underway, an inquiry which was also condemned by the United States and Israel in a May vote.

This week will likely only serve to confirm in Ambassador Nikki Haley’s mind that the UNHRC is in her words issued in June, a “cesspool of political bias” as at the UNHRC on Monday a number of countries spoke under Agenda Item 7, which mandates consideration of Israeli human rights violations against Palestinians as a permanent agenda item, and which the Haley unsuccessfully tried to defeat at the General Assembly before deciding to quit the council.

The US State Department has noted in an official statement, “No other nation has an entire agenda item dedicated to it at the Council. The continued existence of this agenda item is among the largest threats to the credibility of the Council.”

However, Monday’s session reveals that the firm US stance and behind the scenes diplomatic pressure may be having an impact. The Jerusalem Post reports that Western nations held a de facto boycott of the Agenda 7 debate in Geneva on Monday:

Only 22%, 43 nations out of the 193 UN countries who could have taken the floor, stood up to condemn Israel. France, which had initially signed up to speak, changed its mind at the last moment and was not present in the room when its name was called.

The silence marked a slim sign of continued success for the Israeli and US campaign to abolish the UNRHC mandate that requires a debate on Israeli actions against the Palestinians at every council session under Agenda Item 7.

Neither the US nor Israel, nor France were the room for the deliberations.

The Palestinian delegation, however, welcomed those states engaged in the “general debate of Item 7 [against] the will and wish of the occupying power to not participate in the debate on this item which deals with the illegal practices of the occupation and the refusal to comply with international humanitarian law.”

Palestinian Authority Ambassador Ibrahim Khraishi said, in words clearly directed at Israel and the US and their allies, that violators of Palestinian rights “should withdraw from the council and not come back until they change this approach that is destructive of law and morality and principles, and adds more radicalism and promotes terrorism.”

Some analysts have predicted that US absence from the UNHRC will give the Palestinian and Arab side more influence at the council; however, time will tell if more countries, like France this week, will eventually bow to US pressure.

Another HASBARA JIDF “ISRAHELLI MILITARY CALL CENTER” using deception, arabic names and pretending to be MUSLIMS/CHRISTIANS, whenever their algorithms detects the key word “ISRAHELL”…ISRAHELL will cease to exist in less than a century, even the ISRAHELLI MILLENNIALS don’t believe that their kids-grand kids will be able to live in the occupied lands and that is a fact !

He is Baron Von DonkeyBasher…

Do you remember the good ol’ days? https://youtu.be/lyD_Q6Ar6xc

Any videos of the dancing “we were there to document the event” Israelis? How about the collapse of WTC 7? Never mind, the clip showing the plane slicing through a concrete/steel building like a knife through butter is sufficient to prove that the official story is baloney.

baloney? the whole story was and is an insult to all humans that use their brains to think

Seeing how Macron is selling out France to become America’s favorite sidekick, Charles De Gaulle is now spinning so hard in his grave that if the energy could be gathered it could power Paris. In other news Macron has ordered the army to barricade Les Invalides fearing that Napoleon would rise from his grave there to banish this American usurper from sacred French soil. And he is requesting that Trump send some American troops instead as he fears that the French army would switch sides again to join up with l’Empereur.

If you wonder why the US regime is siding with Israel: http://www.investmentwatchblog.com/89-of-our-senators-and-congress-hold-dual-citizenship-citizenship-with-israel/

” Israel Poised For Complete Annexation Of West Bank, UN Warns ” For such a move ( occupying Kuwait) G.Herbert Bush-Sr sent the US Army against Saddam

More idle words from the workd’s most useless organization. Discrediting themselves by fixating on Israel while neglecting things like wars in the Congos, Slavery in Mauritania, Kashmir, Daraa, Venezuela… Really, the thing that stops Israel from annexing the West Bank are the Israelis. Various arguments over rights, morals, policy, and ownership go around in Tel Aviv as much as anywhere else. However unlike other places the policies proposed all have the same intention of how Israel can stay put with minimal fighting.

Israelis only understand one thing and that’s either force or the threat of force. One of the biggest mistakes in the history of the Israeli-Arab conflict was Sadat’s decision to attempt to relieve pressure on Hafez Al Assad’s forces during the Yom Kippur war by sending his armoured forces out beyond the SAM missile protective screen to attack Israeli positions in the Sinai. If he had held back, Israel would have invaded Syria and the Soviets would have attacked Israel. We would be looking at a different map today . .