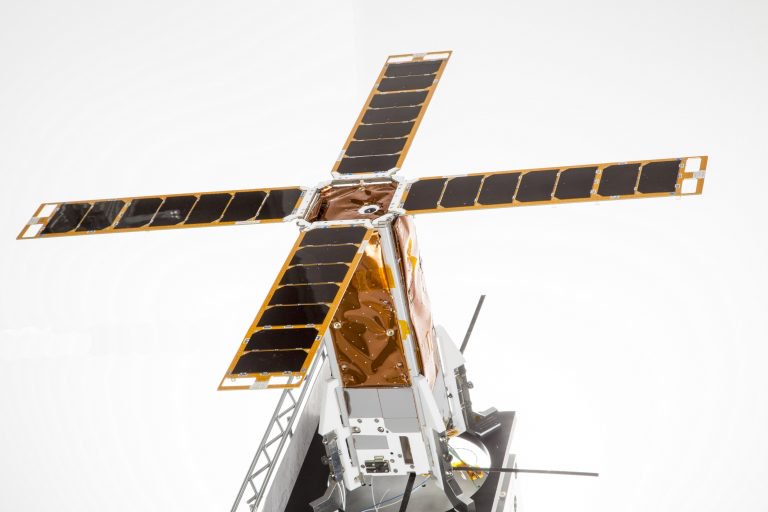 Israel is planning constellations of nano satellites, built by Israel Aerospace Industries (IAI), that will allow almost continuous coverage of “areas of interest,” which are likely to include Iran, Syria, Lebanon and other countries, according to experts that are not connected in any way to the program. IAI refused to comment.

The first nano satellite was developed by IAI and was launched into space in 2017 as part of a scientific experiment. The 5-kilogram satellite — approximately the size of a milk carton — is equipped with special cameras able to identify various climatic phenomena, and a monitoring system that allows the choice of areas to be imaged and researched.

”We are developing the capability to launch a constellation of Nano satellites. The large number of satellites will give us the capability for a much higher rate of revisits, and actually a continuous monitoring of areas of interest.” says Opher Doron, general manager of IAI’s Space Division.

The other problem with smaller satellites is color. “Resolution is, of course, very important but we also work on improving the color quality of the images, Doron said. “A good intelligence expert does not need color to extract, the needed intelligence from a satellite image, but when it comes to decision-makers, color is of great importance.”

What underpins all this? It takes a ballistic missile 12 to 15 minutes to travel from Iran to Israel. The earlier a launch is detected and the earlier the trajectory of the missile can be plotted, the better the chances to intercept it far from its designated target.

Today, low orbit Ofeq spy satellites visit “areas of interest” in wide intervals so their optical or radar payloads cannot keep a persistent watch. When it comes to the ballistic missile threat, this is a major problem. Israeli sources say that some 30 minutes are needed from the command to prepare a ballistic missile for launch until it is ready for launch, and this if the protection silos are well equipped. If the enemy is aware of the “visiting” time of the spy satellites over his territory this can be the perfect time to avoid detection of the preparations until the launch itself. 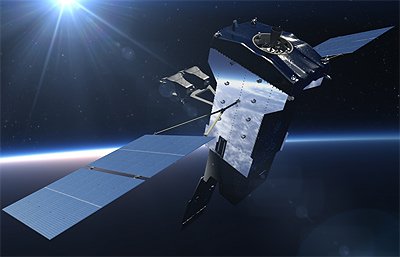 Once launch occurs, Israel is supposed to get warnings from Lockheed Martin’s Space-Based Infrared System (SBIRS),the US constellation of geosynchronous earth orbit (GEO) satellites. The U.S also deploys an X-band radar system in southern Israel to improve detection of ballistic missiles. This complements the layer supplied by the Green Pine radar, part of the Israeli Arrow missile interceptors.

The first nano satellite was launched from India on the PSLV-C37 launcher with 103 other nano satellites. The plan to build and launch nano satellites first emerged a decade ago. A joint company of IAI and Rafael would undertake the mission. But that plan was deserted.

Yizhak Ben Israel, chairman of the Israeli space agency, served in the Israeli air force and later was in charge of developing Israel’s most advanced and classified military systems at the development directorate in the Defense Ministry. He notes that, although nanosats possess much less exquisite capabilities than SBIRS or other large satellites, “when you use a constellation of such satellites the combined capability can be very effective in missions like locating missile launchers.” The other advantage of nano satellites is their price: “You go from hundreds of million of dollars for a full size imaging satellite to some millions of dollars when it comes to a nano satellite.”

Not directly related to the nano satellite program  but part of Israel’s space effort, IAI teamed with British start-up company Effective Space to make a fleet of special satellites weighing roughly 880 pounds that can refuel other satellites in space. IAI signed an agreement for technological and financial cooperation with the smaller company. While Effective Space is headquartered in London, its CEO, Arie Halsband, was general manager of IAI’s space division before starting his own company.

I’ve heard of something like this, modern tech allows for small, more or less expendable satellites that will be harder to counter (traditional satellites follow a predictable path).

The more we put into space though, the more junk there will be for potential collisions in the future. It would be ironic if our our own junk is what will make space travel even more hazardous.

they all have to downlink data to some station on earth – hence, they can be jammed if need be.

“Israel Plans Anti-Missile Nano Satellite Constellation” The Russians are endgame, bibi is going to beg putin for something and the greater israel plan has collapsed with bibi asking the UN for golen hights. The American people are seething towards Israel and the Isrelis have clearly failed to secure Chinese Friendship. Israel france and Britain are dangerous. Russia would be wise to pay special attention as to not press these week countries into a corner.

American people are seething towards Israel? Are you sure about that? Ambivalence would be closer to reality. The Chinese are far too intelligent to be used by the Zionist State. There’s no chance of them sacrificing their blood and treasure for Zion.

I spent the later part of my Friday standing in line Yesturday. There was a black guy talking to his friend behind me. He was Pretty open and respectfully Vocal. Even the Blacks are redpilled about evil Politicians. They call Jews Millionairs who wont hire them, and look down upon them. Maybe I was Haste reguarding “Seething” I am Seething, I wish to do to You Exactly what You Jews wanted to do to Whites. Nothing more Nothing Less.

I share the same sentiments. Unfortunately, the people that I encounter are completely clueless; deer in headlights clueless. And, if I bring up the dual citizen politician topic, I get that tired anti-semitic response.

That’s why China is the big enemy, money doesn’t buy protection in China. Zuckerberg, Blankfein etc would all have been shot for their crimes in China, whilst in America they are treated like gods.

more space junk that someday will destroy some Dragon capsule.

the malignant influence of the state of israel is not needed nor wanted in space, a domain that was pretty much demilitarized until ronald reagan came out with the clownish sdi ruse.

When Iran retaliates from Israeli aggression, what can Israel do when Iran launches hundreds if not thousands of retaliatory missiles. Soon, all of Israel’s neighbors with defend themselves from the colonial Zionist enterprise, aka, Israel. Shalom.

“what can Israel do when Iran launches hundreds if not thousands of retaliatory missiles.”

iran never will have thousands of such long range missiles. this was the first reality. the second is, they would help to iran as much as pearl harbour helped for japans.

Yes they do. They recently launched cruise missiles into Syria, and Israel isn’t far away….

I think this ‘news’ is suppose to comfort the Jews who are currently suffering anxiety from Syria’s S300.

The question of the year is: – When will Israeli jets attack Syria again??? Iran is moving in and out and so far Israel is standing still… come on guys fly over Syria… the whole world are expecting it…

Israel invents this stuff to grift money out of the US.