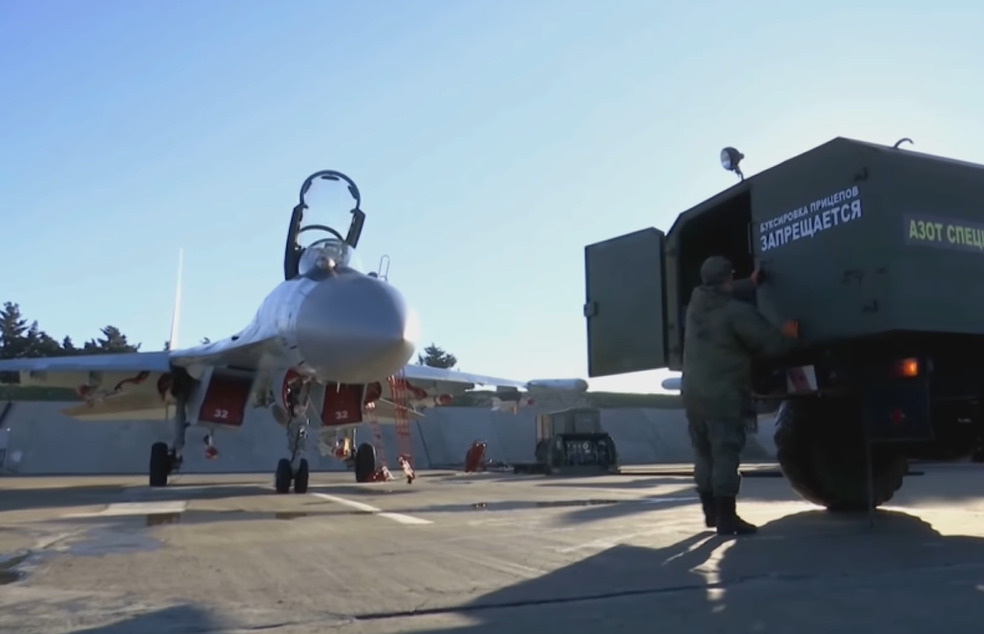 Screen grab from the footage released by RT.

Russian and Syrian fighter jet had conducted a joint air patrol mission along the Golan Heights and the Euphrates River, the Russian Ministry of Defense announced on January 24.

In a statement, the Mod said that Russian Su-34 and Su-35 warplanes and an A-50 AEW&C [airborne early warning and control] aircraft as well as Syria’s MiG-23 and MiG-29 warplanes took part in the joint patrol, which covered the Golan Heights, the southern border, the Euphrates River and northern Syria.

“Russian pilots took off from the Hmeimim Air Base, while Syrians took off from the Seikal and Dumayr airfields outside Damascus,” the ministry said. “During the patrol mission, Syrian pilots controlled airspace and provided fighter cover, while Russian crews practiced attacks on ground targets.”

According to the statement, the two countries’ pilots developed skills for cooperation in various situations during the joint patrol.

“This kind of joint missions will now take place on a regular basis,” the Russian MoD said.

The joint aerial patrol pushed the Israeli military to limit its air campaign in Syria, according to a report by Ynet. Israeli military officials also began talks with Russian army officers to prevent any further escalation.

In December, Israel struck the port of Lattakia twice. The strikes provoked Russia who maintains a  very large military presence on the Syrian coast.

The Russian-Syrian joint aerial patrols are clearly an attempt to deter Israel. While this approach limited Israel’s air campaign, it will not likely end it.

Those Zionist gangsters have been attacking Syria from Lebanese airspace,they need to be hit over Lebanon.

israel has no right to complain!! they guilty of the death of the Russian aircraft soldiers that was shot down by syrian forces.

The last time Russian pilots helped their Syrian friends, we took them both down from the skies. Do not provoke us Ruskis, we will bomb every shipment we want in Syria. Try to engage IAF pilots and you will see what happens.

This thing shouldn’t happen. You should find common causes with the Russians and the Syrians.