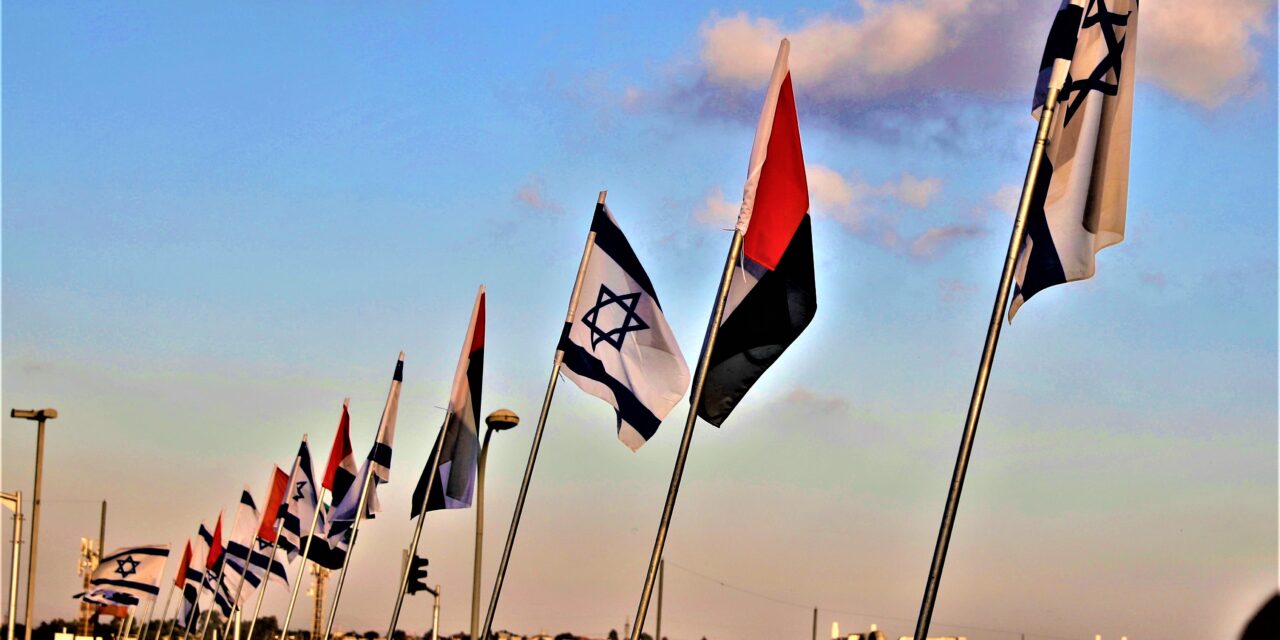 Israel, Saudi Arabia, Bahrain and the United Arab Emirates (UAE) are in talks to create a four-nation defense, security alliance, the i24NEWS TV reported on February 25.

Israeli officials told the Israeli news channel that Tel Aviv is constantly working to “improve its relations with its Arab neighbors.”

The UAE and Bahrain normalized relations with Israel as a part of the Abraham Accords which were brokered by the Trump administration last year. Saudi Arabia was not a party in the accords. Yet, it developed its secret relations with Israel to unprecedented levels, according to recent reports.

According to the i24NEWS report, the talks are meant to counter the “growing Iranian threat” in the region ahead of a possible resumption of talks on a nuclear deal between Tehran and the West.

Israel, Saudi Arabia, Bahrain and the UAE view Iran’s nuclear program and its missile capabilities as a threat to their national security.

A military, security alliance between Israel and the three Gulf states won’t be a surprise. The four countries have been reportedly cooperating in secret against Iran for years. An official pact will only make this cooperation public.

no but qatar has the world largest natural gas find and they share it with Iran, hard to do anything about even though mohammed bin salman tried to frighten the qataris to abandon the iranian issue and failed. then jared kushner had an immediate need of 1 billion bucks and extorted that from the qataris promising that mad man mohammed bin salman would not attack qatar, which he didn’t do. mohammed bin salman however spent 450million bucks on a fake leonardi da vinci painting (which he would like to forget all about) and 500 million on a second hand yacht and then some 300 million bucks on a chateau in france which was built by adnan kashoggi (uncle of the murdered journalist kashoggi). interesting and now Biden will release the report about the murder of kashoggi and it will be fun to see what biden’s predecessor in the white house accepted when it comes to a murder.

The real issue is that the walls are closing in on the Wahhabi puppet regimes as US is now bankrupt and can not help them. The Zionists are parasites and will try to fleece the last dollar out of the Saudi pimps and UAE colony. Bahrain is too small and occupied to count as anything as it has a Shia majority who want to be free. The Jews will destroy these puppets with plunder and greed. US is about to indict the headchopper MBS for Khashoggi’s murder and the war in Yemen is lost.

JIMI JAMES
Reply to  Just Me

Bang on,they are not as gassed as their investors assumed,cool flag! Sauds after all are top 3 combined fossils along with Russia+ Ausatralia yeah, like no sht fake stocks n scams/nwo/bankster incestry tryhards bullsht usa sprouts!

Russia and Australia has more (period)fk the bullsht,nothing interesting about liars!

disagree – russia possibly if you add together all minor finds and can cover costs for collecting it and australia the same. transporting lng is hard work, requires either a pipeline or a liquefaction unit which costs a lot of cash. qatar is sitting right on top of its source and can handle it in cooperation with Iran which mbs and jared don’t like.

I wouldn’t be surprised at all, if turns out that these folks share the same Bloodline

Biden is not a fan of either Erdogan or the Saudis so they will face more Us pressure now and that is why in desperation they are being conned by the Zionist parasites who will destroy them.

Israel hopes this alliance will enable them to place military assets closer to Iran, without realizing their position will be as untanable as US’s. Some of the old concepts are hard to shake off when new weapons and strategic concepts emerge. US and Israel relied on air power for quick resolution of conflicts, while today it has become an Achilles heel for both countries.

Things changed, because Saudis by USA was forced not to support ISIS with advanced weapons.

This isnt about Israel but a united safety aginst Iran and the little dirty vasals of them too.

yes it is jensi mohammad schlomo…….you can’t fight Iran. Get a reality check. We’ll throw yous in a large death pit……just like the Wahabbi and Al-Qaeda people……..Alive too. No mercy!

The Zionist regime is is panic mode as they failed to “dislodge” Iran from Syria and the power of the Axis of Resistance just keeps growing. Another problem for the Zionist parasites is that they are cowards and hated so much that they can’t operate openly and their bases in Saudi Arabia will be attacked as the US has found in Iraq on a daily basis now.

“improve its relations with its Arab neighbors.” – A.K.A loot the pigs before they gone (KSA/UAE). Also, none of those Wahhabi Sunnis are neighbours of Zion State.

Them working together just tell the whole story of who is bigger play in ME, no matter what, Syria, Iraq become whole again…you got the most powerful countries in ME with Iran – then there is Zion and Wahhabi…trying anything to save themselves. How strong is Zion and Wahhabi without US? They are not, Zion live of US tax payer money billions each years for 8 millions Zion, Wahhabi can’t make or do anything without US/EU…

where are your matzo balls? floating in a weak soup?

The largest US base in the Persian gulf, and recently expanded, al-Udeid, is very much in Qatar though. The US Centcom used to have its HQ there even. The Zioterrorist British also use the base.

…And my mother cant fly, which proove she is a stone.

your mother was in a camel jockey brothel run by shysters ya stupid cvnt of a thing. I won’t respect you until you admit yous a migrant shyster.

Just Me
Reply to  Ahson

He is a mental and craves attention, just downvote the IDIOT and ignore him. He is a complete moron and none of his posts have ever made any sense and sound like a teenager on LSD. He is 100% Jew.

Ahson
Reply to  Just Me

The reasons for it are well desciebed for years. But of course Your news are not allowed to show them or Your memory is erased again.

Word top 3 fossils,Russia,Sauds,Australia,live and bear it,can’t deny the truth, or it very well may bury usa in their petty wake,those 3 will survive,like it or lump it!

Perhaps this four countries will start their own independed thing seperated from US? I have no idea how orthodox Sunni Islam and Torah Judaism can go together with the satanic ideology of US elites. If it would be not for crazy Iran all of them would be now on their way to Zone B.

Frankly, the Jews are a blight on humanity and the Wahhabis are equally freaks and both deserve each other. The Zionists will suck the last petro-dollar out of the idiot petro-pimps.

Quatar is allied with US Demonrats & Muslim Brotherhood. This is the reason they are not part of this alliance.

So now the Israeli bases in the Gulf will be official.

You mean the Arabs should side with the rapists of Arab women, with the murderers of Arabs? Tell me how the lily white Jew who according to his own DNA is 0% Middle Eastern is connected to the Middle East?

Getting mixed up with Jews, especially Zionists is the death knell of any country, Germany and US are current examples. The Wahhabi Arab puppet regimes will be bled high and dry.

it’s a one sided show – the jews will use the petroleum based sheikdoms to further their craving to nuke Iran and the deluded arabs will gain nothing except ruin and despair when Iran retaliates and level ras tanura and each and every oil facility in the uae and bahrain leaving them with no income whatsoever. the jews on the other hand will realize it’s a pyrrhic victory since the jews will be cleaned right off the face of earth and become extinct like the dodo-bird. a day for the world to celebrate. what a friggin good larf!

The first glorious joint operation will be genocide in Yemen. The IDF ground forces might be a joke but they can do two things for the Saudis. 1. Sell them munitions and give them air to air refueling as the U.S. stops. More money for Israel.

2. The IAF is actually competent and would have free reign to attack civilian infrastructure, napalm, thermobaric, cluster bombs, it would give them a chance to test out their most barbaric weapons in the field as U.S. Evangelicals fawn over their righteous friend.

At least this is my prediction.