The charges follow three probes into Netanyahu’s relationships with wealthy friends and regulatory favours he allegedly promised to media barons to secure favourable coverage for him and his wife.

A spokesman for Avichai Mandelblit, attorney-general, said Netanyahu would be charged with one count of bribery and three counts of fraud and breach of trust.

“A day in which the attorney-general decides to indict a sitting prime minister for serious crimes of corrupt governance is a heavy and sad day for Israel,” said Mandelblit. “But while I did this with a heavy heart, I did it with a whole heart.”

“In the prime minister’s affairs I found there was evidence pointing to grave actions allegedly being committed, which carry a reasonable likelihood of conviction,” Mandelblit said. “For this reason it is my duty by law to indict. It is not a choice. It is an obligation. Thus it is in the case of any citizen, and thus I acted here.

“Law enforcement isn’t optional. It’s not a question of politics. It’s a duty incumbent upon us…. We were not swayed by slander from all sides, and acted only to enforce the law,” he said.

He called the accusations and “many lies” made about the prosecution “dangerous” and said propagators of such claims were “playing with fire. It must stop. I call on everyone, and first and foremost the leaders of the state, you must distance yourself from discourse that threatens law enforcement officials. We’re not infallible or above criticism. But we acted without fear or prejudice, for the rule of law.”

Netanyahu attacked the attorney-general for “custom tailoring” a suit to trap him and demanded that “the investigators be investigated”.

“The tainted investigation didn’t pursue the truth, it pursued me,” he said in a televised address. “It’s a case of selective enforcement on steroids.”

“We are witnesses to an attempted coup against the prime minister with false accusations, and a tainted and skewed investigation. What I am going through is not easy — I am also a human being. My blood, and my wife’s blood and my son’s blood is being spilled.”

As it has become fashionable in some other countries throughout the word, where the term is being used accordingly, he said that this was a “coup” against him, despite him failing to form a government just a month earlier. He still vowed to continue leading the country.

After all, he is the sitting Prime Minister, but only because there is no government formed, so he is a caretaker.

And it is obvious that Netanyahu’s political path has likely come to an end, if even Atlantic Council fellows appear to be doomsayers:

“This has been a long time coming and people stake their ground out long in advance so I don’t think we’re going to see a mass defection in the Likud” party that Netanyahu leads, said Shalom Lipner, a senior fellow at the Atlantic Council who has served seven Israeli prime ministers. “But it clearly does move him further away from retaining power.”

Regardless, Attorney General Mandelblit is expected to formally inform Knesset Speaker Yuli Edelstein about his decision to indict the prime minister in the coming days.

From that moment on, Netanyahu has 30 days to decide whether he wants to ask the Knesset for parliamentary immunity.

The situation is complicated since, Netanyahu’s main rival – Benny Gantz failed to form a government and returned the mandate to Presiden Reuven Rivlin.

Now, in the following 21 days every member of parliament can propose a Prime Minister, but it is unlikely that anybody would get the 61 out of 120 votes needed to form a unity government.

In that situation, as per Israeli law, Netanyahu can remain as serving prime minister indefinitely.

Which would most definitely establish as concrete truth the status of Israel as the Middle East’s “only democracy.”

He can remain in his post until the possible 3rd round of elections or if he’s convicted, but if he receives Parliamentary immunity, he can even sit through that. He could also be required to relinquish the four ministerial posts he holds, in addition to the Prime Minister seat. Netanyahu holds the agriculture, health, social affairs and diaspora affairs posts in the “only democracy” in the Middle East.

According to legal precedent, a minister cannot continue to serve under indictment. That doesn’t apply to the Prime Minister seat.

Likely, to preserve the situation and the stalemate until a favourable outcome is possible for him, recent escalations in Gaza and/or Syria will most definitely be taken advantage of.

If Netanyahu and his Likud party would like to remain in power a “security accident” would be needed to draw the wider public’s attention away from his indictment charges. In this way, the chances of a new regional conflict are growing, simply because Benjamin Netanyahu refuses to relinquish power and potentially take responsibility for his actions, thus essentially becoming a tyrant in “the only democracy” in the Middle East.

All kikes are vermin!

I am sure that never will happen and is not the fictive purpose at all.

what will never happen is your english becoming readable mate.

Very good, but I se no better replacements.

hope this will be the last we see of him! he’s a disgrace of a human and there should be nor place for something like him in a civil society.

yes except the next one will be horrible as well, it’s a lost cause

hope for the best and maybe he will be better than netanyahu who in every respect mirrors hitler in evility.

I’m surprised he didn’t blame it on Iran.

The problem is it is one Zionist, getting in trouble with other Zionists. It does not change the dynamics. On the other hand it is a sign that the political construct known as Israel, has reached another step in it’s decay. Internal problems are always the strongest indicator of ‘how things are going’, wether on a personal level ,national or international.

As I discover more about what Israel really is, an idea born from Evangelical Christians, the general situation of the country becomes more clear and the destiny absolutely certain. Israel is paralleling the current situation, evolution wise, of the US in it’s current state. It is not the same country it was at it’s foundation. It’s true strength is being sapped. At the cost imposed upon the lives of actual, practicing Jews, the bunch in charge of Israeli-stan are pushing forward without a shred of consciousness, which seems to be one of the hallmarks of zionism. They go for results and consequences be damned. Actual Jews worldwide are bearing the brunt of the consequences, which is something perfectly inline with the general goals of Zionism. You guys are crazy!

BN is openly Zionist. He doesn’t hide it. Now he has been caught with his hands in the till. And just like these phantom actions in Syria and other places, he keeps right on performing the game, sans any sense of shame or responsibility. This, as the prossecutor has stated, is a sad day. It formally marks the decline of Israel. I hope the zionists can drop their political ideology, I hope they start to respect Jews, ……. the Arabs, ….. and fact that there is a living God watching all of this. One thing about God, I can tell you from my observations and personal experience, He doesn’t support things, especially things of a short lived nature, that interfere with our relationships with Him. My take, I wish a better future to all.

They lack strategic depth and only know how to be devious, deceitful and cowardly 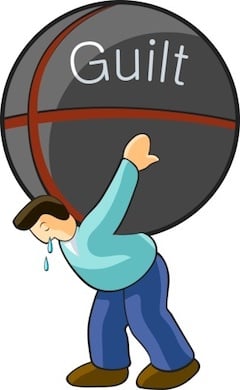 Haha. Even hot varm air can make that one go to heaven.

Zionism wasn’t born from Evangelical Christians, sir. They just misguidedly support it, not understanding that the “gathering” of Jews into their own land happens after Christ returns, not before. But even from its inception the Zionist State of Israel was evil, its foundation was atheism and terrorism and ethnic cleansing of their illegal occupation of the Holy Land:https://youtu.be/E8mb5cd7GNE?t=12 and https://youtu.be/lm6_HU60usA?t=55 (From two highly respected Rabbis. They’re kind of long, but by the end you will understand the history of Zionism and that religious Jews do not support it and why.)

Thats right. The Evangelian Christs or many of them in USA for good reasons tell, that Chritianity and even Jewisme is above Islam and therefore want that part of the world cleaned for Muslims.

Muhammed only used it for a chimey to heaven abd even that might not be true. I seemes the first muslims having churches didnt pray towards Jerusalem but most likely Petra not so far way in degrees and distance.

Science seemes very complex about Muhammed and Mecca as well. More then we thought might be from somewhere else – mainly northern Kaanan as Syria today – and at that time Arabistan was not as closed as most people of todat decriebe in history books.

Hey Karen. I watched all of the Rabbi Yaakov video. What he presented was relevant. His presentation was outstanding and I thank you again for putting it up. I had been noticing something wrong with Israel for a very long time. I just couldn’t put my finger on it. The things he laid out, connected directly to what I have been observing. I had been around Zionists for a long time in the US. But, they were very low key and actually kind to me. I still have them in my heart but, the movement that they supported, needs to burn to the ground. Zionism could be much of the actual source for many of our current, most dangerous international frictions.

Now, as religion is taking a nosedive in terms of adherence and support in the US, support for the State of Israel construct is heading towards paper thin and will hit almost nonexistent, in practical terms, at some point soon. The progressives don’t like them at all and that mindset is on the rise in the US. All they will have left is the nut jobs and there really aren’t all that many of them. I see it amongst my own generation of Catholics. They have begun not buying it anymore. There was a deep reverence for Israel amongst us. Now, that is going out the window.

It was during the video, that the Rabbi goes back to the beginning, where the dissatisfaction of some within the Jewish community with Judaism itself, gets it’s start. He is the one who pointed out the Evangelicals. Without them, Zionism would probably not exist as it is or anything close to it.

My take Karen. I will watch the other video later today. I wish you well.

All crooked Kikes need to burn!

Hang, Draw and Quarter Khazarian Mobster Bibi Satanyahu send him back to his Master…

This is where they belong on their journey to the underworld. :)