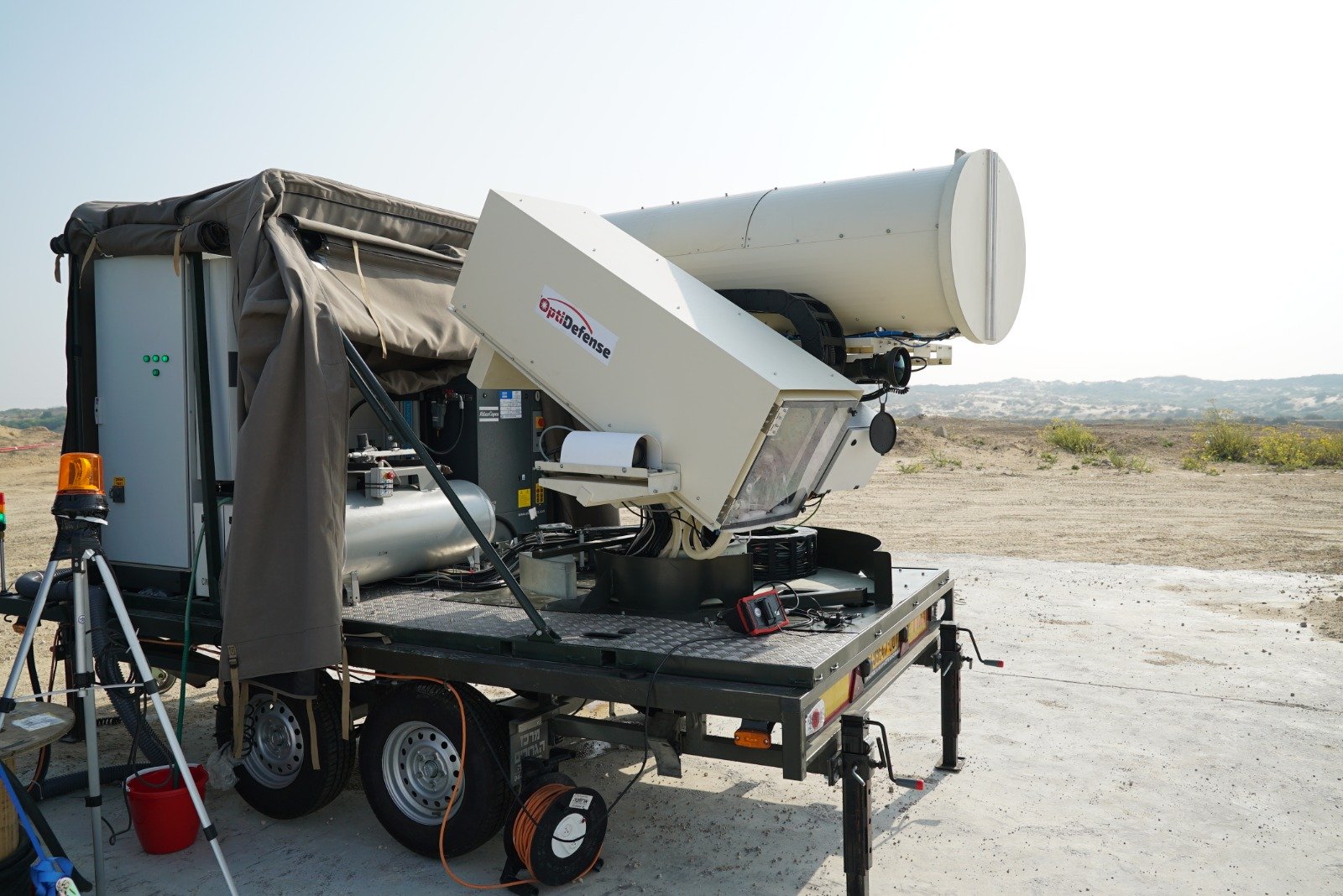 Israel appears to have developed a mobile laser system to eliminate multicopters and balloons, being launched from Gaza.

The system was developed by scientists at Ben Gurion University of the Negev, commissioned by the Border Police (MAGAV), with the support of the Arms Development Center in the Ministry of Defense and the Israel Police Technology Development Department.

Development began about a year ago under the leadership of the commander of the border police, Yaakov Shabtay. He endorsed a technological solution proposed by three experts in the field of electro-optics and laser technology. With the assistance of the Department of Technological Development of the Police, they created an operational model within just eight days.

There is currently only 1 prototype of the “Lahav Or” (Blade of Light) system, and it costs approximately $290,000.

“Lahav Or” can operate at any time of the day, hitting targets at a distance of up to 2 kilometers. The system is based on a mobile trailer or on top of a vehicle’s chassis. 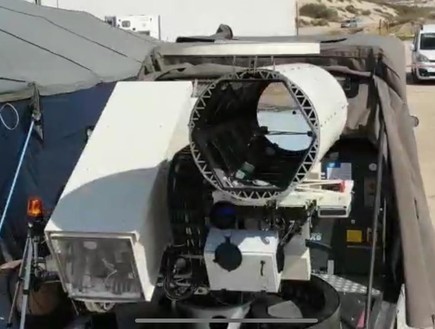 According to the Hadashot 12 news service, over the past week the system has successfully passed a series of tests.

The development combines its own R&D and the use of ready-made and proven technological solutions available on the market.

According to police lieutenant colonel Amit Lifshits, acting Chief of IAFAT (Makhleket Pituah Emtsayim Technologim), it was important to create a system that works in conjunction with other systems, primarily for the safety of its own aircraft operating in the area of ​​deployment of “Lahav Or.”

The system finds the target with the help of a video camera, recognizes it, tracks the movement until the laser is used. It takes a split second to defeat a balloon, and a few seconds for a multicopter.

No specifications have yet been reported, apart from an alleged range of up to 2 kilometers, meaning that along the 65 km border, approximately 20 systems need to be positioned, for the 4km of effective diameter of the system, including overlapping areas.

The entire project has costed about $1 million, with the unit’s cost itself at about $290,000, as mentioned above. Which is significantly cheaper than any other alternatives that are being developed. The production time is about 4-6 months, and both the production time and the cost can be reduced in the case of mass-production. 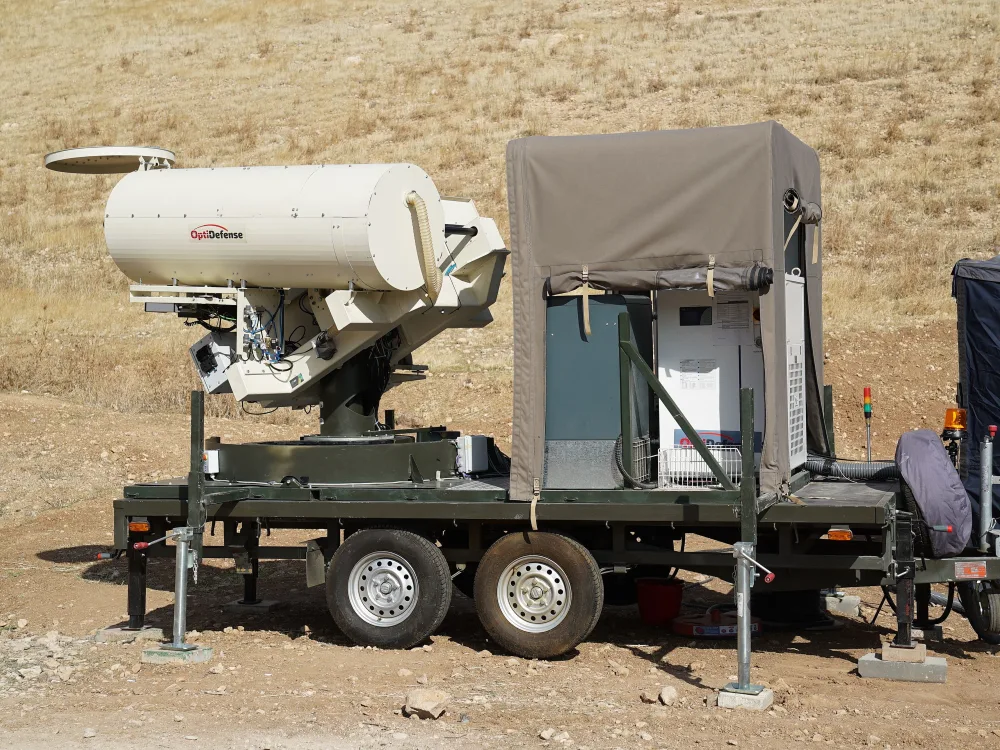 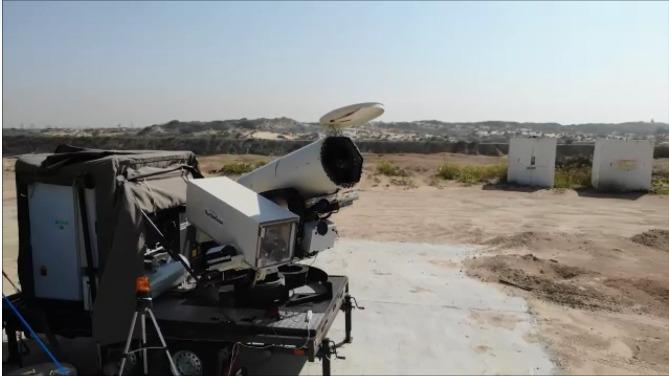 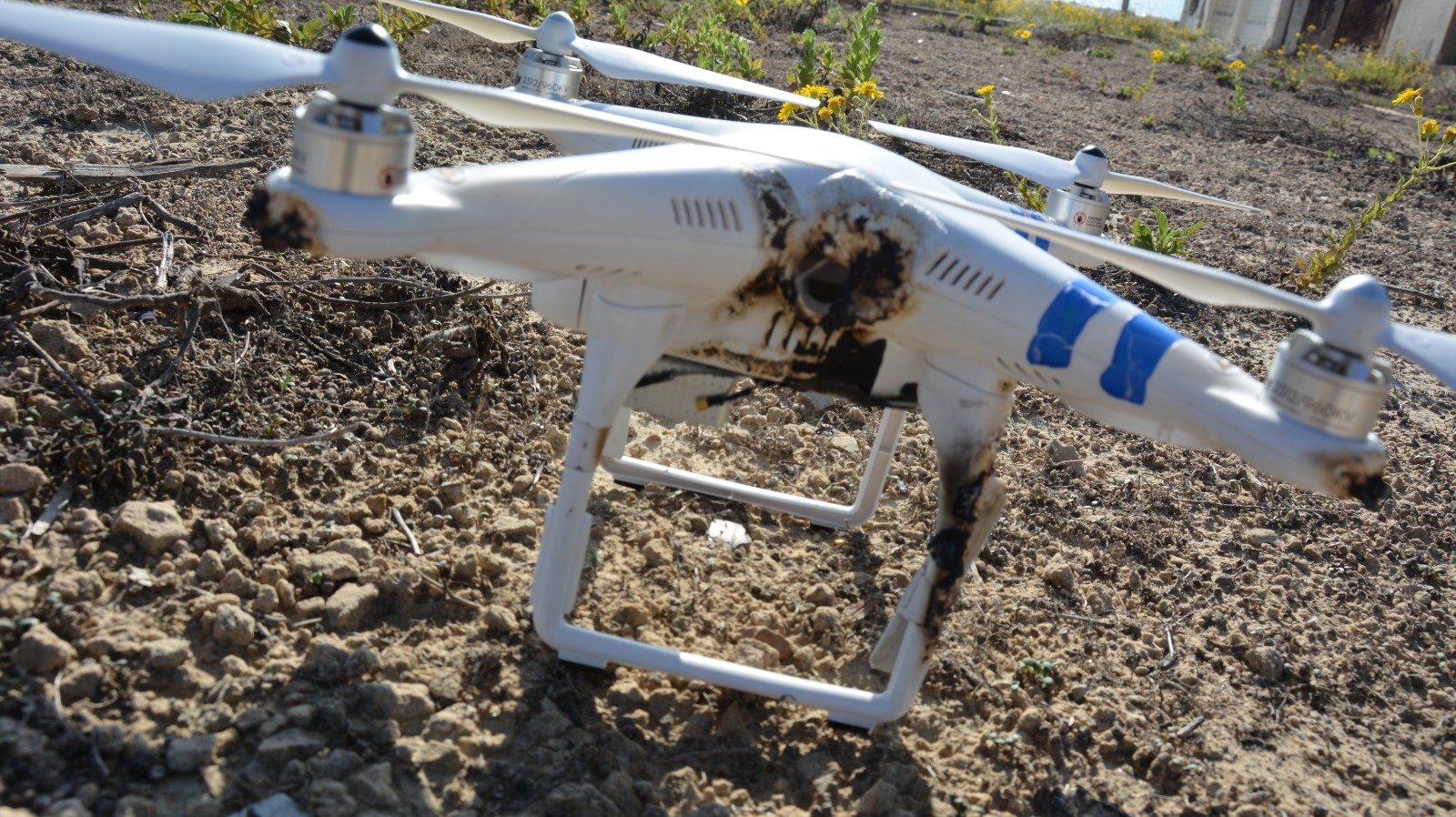 Copied US tech as usual. Somehow…mysteriously IsraHell gets their hands first on the latest US know how. Yet nobody is upset about that in US of course. Officially only China does the stolen US tech copies and Putin is guilty for everything on this planet of course.

The Zionists also sell stolen US tech to China, like the F-16 clone Lavi now mutated into J-10. There are many instances of Zionists selling stolen tech to the highest bidder, not to mention human organs for old Jews too.

To be perfectly fair They have sold know how because US have blocked IsraHell to produce those jets. So since they couldn’t use those blueprints they decided to sell them (secretly) “many instances of Zionists selling stolen tech” is their cooperation with India where they sell US know how cheaper than original and with no strings attached.

When are they going to “invent” something against the slingshots?

The tribe uses snipers against them

Typical no brainer, as if aluminium foil would help. Why not praying to Allah like Erdogan fruitlessly did to resolve the disasters he created. But wait some 1400 year longer and maybe you people might also become civilised and educated.

do you even phisics bro?

And there is a hugh payback, Israel can earn a lot off money reussing the multicopyers against the brainless religious barbarians who trayed to attack them in the first place.

Wow …. a laser to take out baloons. No BB guns in Israel?

USA/Israel MIC deals with the problem of baloons with a bazillion dollar laser.

Flying shotgun? A squadron of those…a swarm. They are perfect for those who want to escape from prison.

Not long now before the regime weapon is used on children and pregnant women.

However, it could save on mortars when attacking children provocatively playing football on the beach.