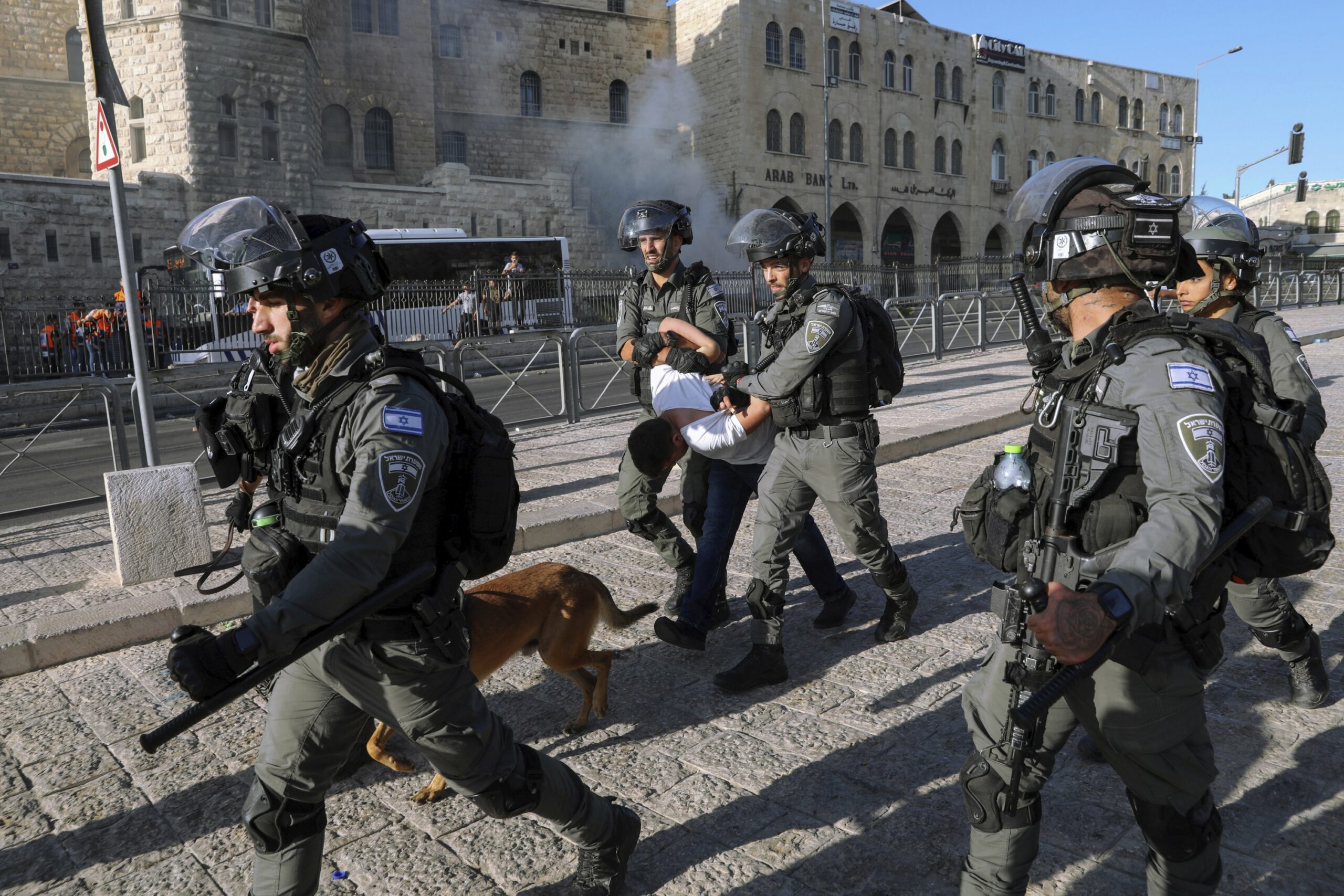 The groups are Addameer, al-Haq, Defense for Children Palestine, the Union of Agricultural Work Committees, Bisan Center for Research and Development, and the Union of Palestinian Women Committees.

The designation effectively outlaws the activities of these civil society groups.

It authorizes Israeli authorities to close their offices, seize their assets and arrest and jail their staff members, and it prohibits funding or even publicly expressing support for their activities.

The Israeli defense ministry said they were linked to the Popular Front for the Liberation of Palestine (PFLP), a secular political movement with an armed wing that in the past carried out attacks against Israel.

The groups “were active under the cover of civil society organizations, but in practice belong and constitute an arm of the [PFLP] leadership, the main activity of which is the liberation of Palestine and destruction of Israel”, the defense ministry said.

It claimed they were “controlled by senior leaders” of the PFLP and employed its members, including some who had “participated in terror activity”.

The groups serve as a “central source” of financing for the PFLP and had received “large sums of money from European countries and international organizations”, the defense ministry said.

The Palestinian Authority said the move was an “unhinged assault” on Palestinian civil society.

“This fallacious and libelous slander is a strategic assault on Palestinian civil society and the Palestinian people’s fundamental right to oppose Israel’s illegal occupation and expose its continuing crimes,” it said in a statement.

The Israeli human rights group B’Tselem called the government’s declaration “an act characteristic of totalitarian regimes, with the clear purpose of shutting down these organizations”.

Meanwhile, on October 24th, Israel announced plans to build an additional 1,355 homes in the West Bank, on top of a previously announced figure.

The newly announced homes are to be constructed in seven settlements, according to a statement from the Ministry of Construction and Housing.

The largest construction project, 729 homes, would be in the already existing town of Ariel, in the northern West Bank.

“After a long period of stagnation in construction, I welcome this tender. I will continue to maintain Jewish settlements in Judea and Samaria,” said Housing Minister Zeev Elkin, using biblical-era terms for parts of the territory occupied by Israel.

Plans for some 2,000 new dwellings had been announced in August, prompting concern over the expected approvals this week from the United States.

State Department spokesman Ned Price called on Israel and the Palestinians to “refrain from unilateral steps that exacerbate tension and undercut efforts to advance a negotiated two-state solution.”

Member of the Israeli parliament Mossi Raz, from the left-wing coalition party Meretz, was quoted as saying that the “building of settlements outside of Israel harms Israel.”

The zionist and saudi regimes are obviously the sickest on earth.

Those “civil society groups” are nothing more but armed factions. The same happens in Iran. Many of these groups are frontline to MEK.

Good. I hope every Palestinian is part of one. They have a right to defend their land from terrorist

I don’t speak about Palestinians only. I speak in general.

But the armed Palestinian (Hamas etc.) are resistance fighters, so they’re 100% in the right compared to the IDF

Hamas is FSA, don’t say that FSA are terrorists while you support Hamas.

Palestinians need be more aggressive towards these terrorist. South Lebanon fought to the death and kicked Israel out. No doubt Palestinians can push them back, even if they re-claim one illegally taken settlement, that’s a win.

One day all of these illegal settlements will be destroyed and those living there should know they are living on stolen land, so no mercy to those who accept to live in what they know was stolen and previous owners probably killed or arrested! Israel is a terrorist entity, an extension of zionist-controlled US.

Another nail in the coffin of the West Bank. Silence from the British Conservative Party and that Euro Cow Von du lec who intend to stand back and do nothing. Britain are the Architects of the Terrorist State of Israel they are guilty of Extra Judicial Killings throughout the world of elected Socialist Leaders and of torture of prisoners in Black Sites they are involved in with the USA. They run a Drone Death Squad which has killed civilians as well as dubious targets. Their crimes are without number or name from which they walk away with impunity backed up by Britains answer to the German Wartime propaganda machine the Daily Mail led by Andrew Pearce who has villified Julian Assange claiming he ought to ‘Man Up’ and face extradition. This from a pathetic non entity who is not fit to lick Julians boots and is quite happy to absolve all War Crimes committed by British Troops. The British Conservative Party are the enemy of all Poor, Indigenous, Socialist populations throughout the world. Their plan is to only deal with corrupt right wing governments who will implement policies of poor working conditions, low wages, no health care and brutal clampdown on insurrection a continuation of their Colonialist past in which countless numbers died. The British population has let Julian down. There should have been a response similar to the Poll Tax protests. As a Nation many of us should be ashamed of our lack of action over this matter as well as the policies of destroying the NHS as we have known and loved it, all in the greedy rush by Tory MPs to hand it over to their Corporate financial partners. There is not a good bone in one of their bodies as they put the clock back to19th century policies under a police state. Wake up Britain before it’s too late, challenge these evil policies.