Over 500 Palestinians are held captive under Administrative Detention in Israeli jails. 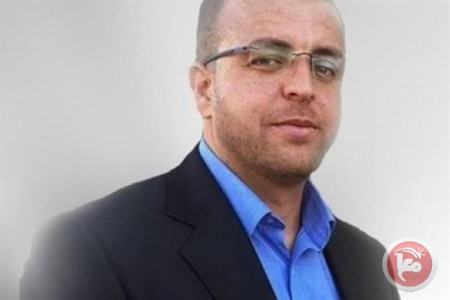 An Israeli court denied a petition for jail release of the Palestinian journalist of al-Yawm news, Muhammad al-Qiq who has been held captive for several months under Administrative Detention regime. 33-year-old al-Qiq started a hunger strike on November 24th to protest for his unlawful detention.

Altogether with members of the Palestinian Journalists Syndicate, Muhammad al-Qiq’s family started a demonstration in the West Bank city of Betlehem on Saturday to demand the release of the reporter from Israeli imprisonment.

The court’s decision proves Tel Aviv’s intentions of revenge against the Palestinian journalist since the arbitrariness of his detention and the non-existence of any charges leveled against him, Qaraqe added.

Jawad Boulos, a lawyer of the rights group Palestinian Prisoner’s Society informed of the journalist critical condition as he remains handcuffed to a hospital bed.

Al-Qiq could be facing forced feeding by Israeli authorities, as it was warned by the Palestinian Authority Committee for Prisoner’s Affairs.

According to official reports, over 7000 Palestinians are imprisoned into 17 Israeli jails, dozens of whom are currently facing multiple life sentences.

More than 500 Palestinians are incarcerated under administrative detention, which means that they can be held captive by Israeli authorities without any formulation of charges or chance to have a trial for six months that can be renewed indefinitely.

It has also been reported that Palestinian prisoners have continuously started open-ended hunger strikes in clear demonstration of their anger due to their unlawful detention and judicial procedures against them.

Israeli regime has been in the middle of controversy for their decision, last year, to pass a bill that authorizes forced-feeding of to counter Palestinians hunger strikers.

Besides administrative detentions, Israeli forces have received massive criticism due to their continuous violations of human rights and despicable procedures to counter Palestinians protesting for the Israeli occupation in the West Bank, east Al-Qud and Gaza strip. An example of what’s cited above, a disturbing number of children have been arrested by Israeli forces, some of them are facing life sentences or administrative detention term as well.