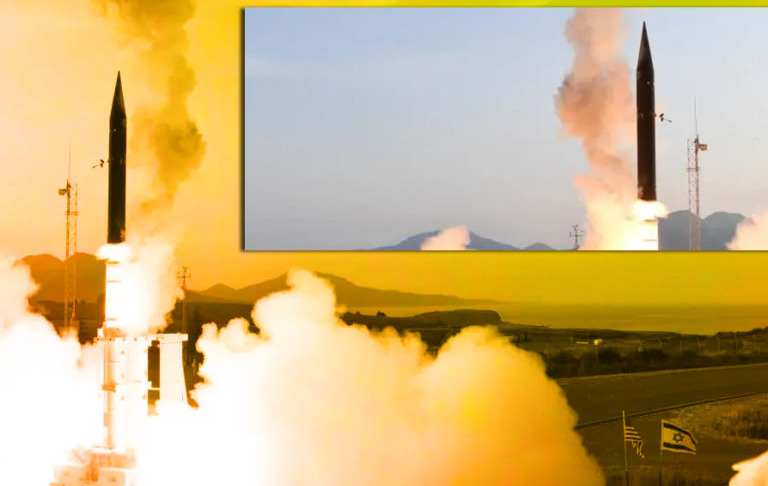 On January 18, the Israeli Defense Ministry announced that it had conducted a successful test of its Arrow 3 anti-ballistic missile system.

In a statement, the MoD said that the live-fire test was conducted over central Israel in the early hours of the morning, with two Arrow 3 interceptors being fired at the same target.

“The operational radar arrays of the Arrow system detected the target and sent the data to the fire management system, which analyzed the data and fully plotted the interception. Once the plans were completed, two Arrow 3 interceptors were fired at the target, and they completed their mission successfully,” the statement reads.

Moshe Patel, head of the Israeli MoD’s Missile Defense Organization, said that a number of “breakthrough” capabilities for the Arrow 3 systems were tested.

“We have made a breakthrough in every part of the system, in the detection arrays, in the launches, even in the interceptors themselves, so that they match the threats that are expected in the region. There were highly, highly significant technological breakthroughs here that were assessed and can be used by the air force in its operational systems immediately,” Patel told reporters, according to The Times of Israel.

From his side, Boaz Levy, the president and CEO of the Israel Aerospace Industries which manufactures the Arrow 3, said that the “breakthroughs” were in the system’s algorithms, detection and calculation capabilities. 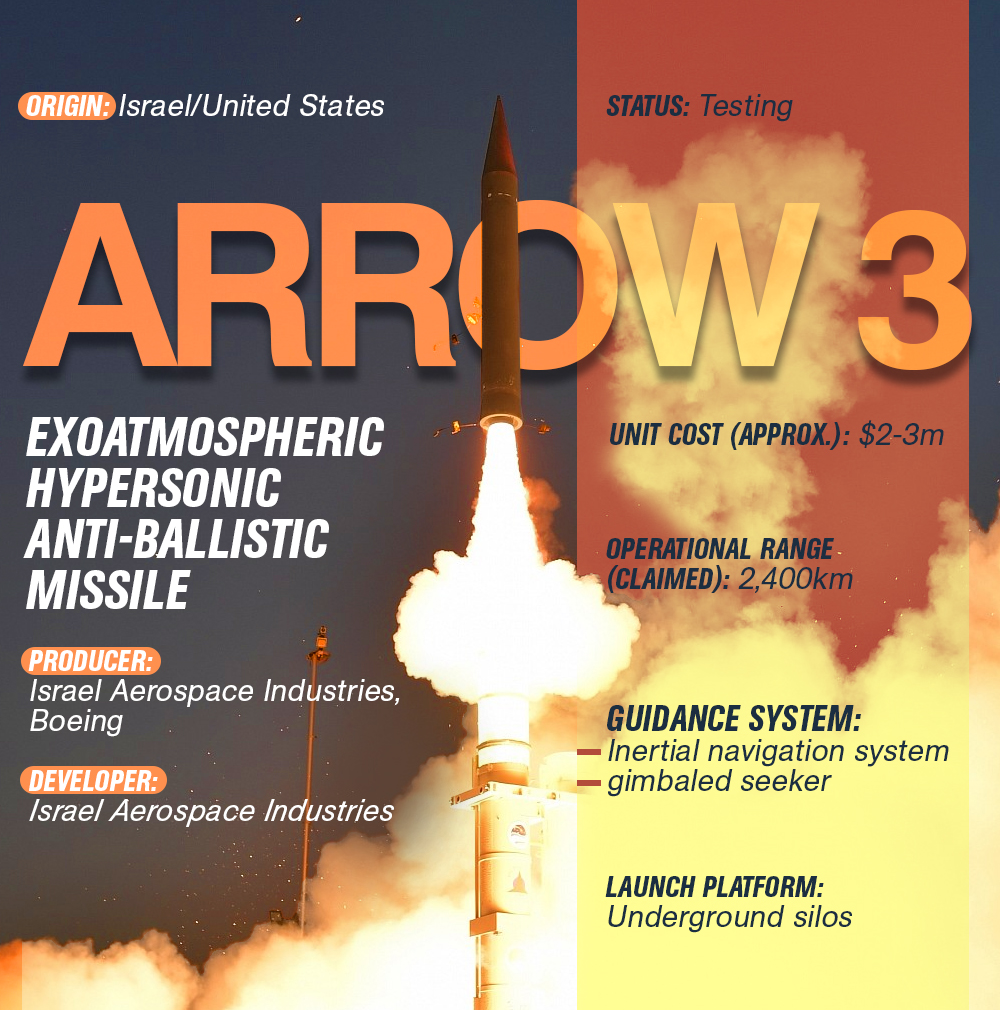 In April of 2021, the Arrow system failed to intercept a Soviet-made S-200 missile launched by Syria’s air defenses during a fire exchange. Back then, the system, which was developed with support from the US, was heavily criticized by military observers.

The new test of the Arrow anti-ballistic missile system appears to be more of a message to Iran, who demonstrated its advanced missile capabilities during recent drills.

Congrats! Another system operational, on par with the performance of the Iron Dome. Will it catch a S200 (50 year old technology) next time?

You know it won’t.

They hit it with their fat nose.

Not really, we all jack off into your mouth 😀

Typical of kikeroaches – you were born to be punching bags and cumdumpster pussymeat.

As an ex military man that you claim to be, you should know better about our capabilities.

The Arrow3 has been operational for some years now, especially to defend our strategic assets. You also know damn well that if you ever meet an Israeli SOF unit during a combat mission, you will be dead despite all of your mumbo jumbo talk.

So say thanks you can write that BS from Australia, in reality we would blow your head off.

Considering I’ve seen what bumbling oafs your shitskin wog special needs forces have been in Lebanon both in 1997 and 2006 (disastrous blots on their histories), I would end up stomping their shitskin balls right in. Black ops are not the one-men army you claim to be but a well-coordinated unit which goes to shit the moment a single link in the chain is shattered.

You bark like a mongrel shitskin from dune coon land but you know that I would sever all your testicles with a butter knife and rape your kike sow whore mothers so savagely that their backs would break if you ever tried to live your fantasies out with me.

Okay then, so if you were in Lebanon why didn’t you try to engage IDF units back then? afterall, we are not that strong as you say.

If you HAD THE CHANCE to do everything you write, but you still chose not to do it, I guess something else stopped you.

Maybe you did want to go back home alive to meet your mom. As I have written, talking is cheap. Not so much when you meet a Sayeret in your face. Be wise never to do that, we dont take prisoners behind enemy lines.

P.S, the Arrow3 is not meant for cruise missiles, we have other AD systems for that.

Now keep cursing ike the ape that you are :-)

Shitskin mongrel, I wasn’t ever in your dune coon region populated with turd brown wogs, one of them being you.

I don’t care about your limp-dicked dune coon sandmutt sayeret monkeys, bastard offspring of shitskin foreskin munching rabbis that they are.

They only thing imprisoned will be hebrew micropenises…right before I smash them to a mush under my heel, that is.

I don’t give a flying fuck about your third-world technology.

Chomp on some newborn kikelet’s foreskin like the shitskinned pig that you are. Want a kosher pork sandwich to go with it, yahweh wanker?

I can not understand a baboon language whitey boy, was that because your ancestors were baboon fucking each other and they made another baboon like you? I really cant’t tell.

So why do you envy us so much? if yo really don’t care? sure you care, secretly you want to become one of us too but you can’t, it kills you from inside.

We Jews are a small population but we fight with bravery, even in the Ghettos we put up a fight and killed many Germans although it was a lost cause but hell, we made sure to make them pay.

Now you can’t run on and kill us anytime you want, mainly thanks to guys like me that can easily put a bullet into your head with my M4 carbine or Tavor, I use them both.

I ask myself if you really know who you are messing with here, I don’t think you truely understand. Please meet us on the battlefield or come to Israel, I want your head.

I can’t understand the shitskin language of sandmutt kikeroaches either. Not least because it’s the language of a raped race of cumdumpsters and pussymeats who get genocided at least once a century. Of course, no fucking wonder since your pathetic excuses of kikeroach “men” have peanut-sized pockets and it becomes even more useless after your circumcision.

Me envy a brown wog turd like yourself? Don’t flatter yourself – you are lower than a mangy stray cur running through the streets of the shitskin city Jerusalem to me. Becoming a sandmutt is the last thing I want – you are a race that every raped their DNA into, from the ugliest darkies to the palest whites.

Yes, “muh Germans”. You’d do well to remember that the Germans were so thorough that entire kikeroach surnames and families have gone extinct in Europe, never to resurface. And even when they were defeated, their ideology was successfully exported to their enemies such that now, most White nationalists centre their beliefs around theirs with growing numbers. In stark contrast, yours is fast shrinking everywhere in the west and is becoming increasingly beleaguered to the confines of kikesrael.

Ah, but we can kill you whenever we want and we will – in fact, the hour is coming. The west is in decline and right when it collapses, it’s kike-hunting time. I will enjoy decapitating mongrel kikeroaches with machetes, blow their heads off with double-barrel shotguns or even turn their heads into Swiss cheese with a DShK (yes, I own one in secret, even here in Australia with nearly 2000 rounds).

Yes, Kikemander Shitskin Hebrew, I know who I am messing with – you, a disgusting brown kikeroach turd. Come to Australia- I will castrate you on livestream and sodomize you with a menorah for all shitskin hebrews to see online.

Let’s hope it can actually stop hamas missiles from hitting tel aviv, because may proved Israel technology is shit

I don’t know why I said let’s hope it can work, fuck Israel. I hope it’s shittier than that shit iron dome

Can’t be worse than Patriots.

So, they can’t tell why their “gReAt” “air defense” systems didn’t work against old S-200 missiles. Or their Plastic dome against Palestinian homemade rockets which cost 100-200 dollar…No.