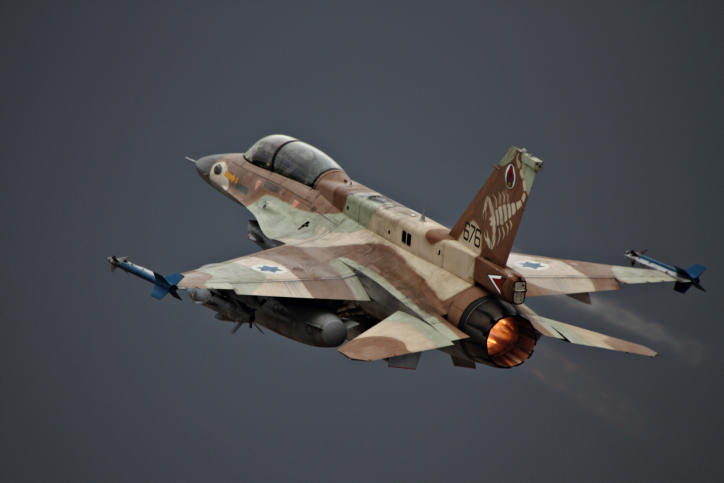 On August 7, the Israeli Defense Forces (IDF) announced that it had assassinated Khaled Mansour, a senior commander of the Palestinian Islamic Jihad (PIJ) in the Gaza Strip.

Mansour was a member of the PIJ’s military council and the commander of its military wing, the al-Quds Brigades, in Gaza’s southern sector. The PIJ confirmed the death of the commander, vowing in a statement that his blood will “inflame the battle to defend Jerusalem and the holy mosque of al-Aqsa”.

The IDF released footage of the strike that claimed the life of Mansour, who was commanding his forces from the city of Rafah right on the border with Egypt.

Mansour was the second senior commander of the PIJ to be assassinated since the start of the IDF’s Operation Breaking Dawn in Gaza on August 5. In the very first minutes of the operation, the commander of the al-Quds Brigades in Gaza’s northern sector, Tayseer Jabari, was killed in a pinpoint strike.

Several lower-level commanders of the PIJ were also killed in the last two days, some of whom were responsible for rocket and anti-tank units in the al-Quds Brigade.

The IDF said that its most recent strikes on Gaza targeted rocket launch sites, mortar posts and tunnels of the al-Quds Brigades.

Israeli strikes on Gaza also resulted in many civilian casualties. According to the latest briefing by the Health Ministry in the enclave, 31 people, including six children and four women, have been killed since the start of Operation Breaking Dawn. More than 265 others were wounded.

Egypt is currently making efforts to broker a de-escalation agreement between Israeli and the PIJ. According to recent reports, the faction has already rejected a humanitarian ceasefire that was offered by Tel Aviv. Operation Breaking Dawn will likely go on for a few more days.

Dont worry, hezbollah and co. Will be launching a huge counteroffensive soon, any day now LOL

I hope they do Madoo, I want to get the beer and french fries out again. I want to see those “advanced” drones that come flying out of Nasrallahs asshole destroy Israel’s oil rigs! I’m sure the world is trembling at the prospect of having their stocks disrupted when Half of Beirut turns to dust again. That is if there is anything left of Beirut to begin with.

I know you Zionist don’t want to admit it, but you guys know deep down that israel stands no chance against Hezbollah. You guys are already sending extra iron dome because you guys can’t stop gaza, you think those shit box iron dome will do anything to Hezbollah? If you guys fight Hezbollah in the next few days during ashura, good fucking luck is all I’m telling you guys.

Some breaking news today announcing ceasefire would be in place soon following Egyptian mediation. Hope the carnage would be halted asap.

Time and again, the zionites juggernaut are being depicted as the victims of neighbours’ aggressions.. How on earth did they acquire such illogical conclusion.?

Blinken had released an official announcement stating that “Israel has a right to. self defence”, How evil they could be?

Israel needs to be legally deoommissioned by the UN. There is a legal procedure for removing the original agreements that created Israel, and these must be enacted now.

Sad how every Nation is controlled and boot stomped by the Jews. The Earth truly is Satan’s domain.

The Parasite Jooz must be eliminated, A Kosher Tchoukchouka baada baada Haïfa.

my naval sources skuttlebut indicate that the first leader killed was americas doing.