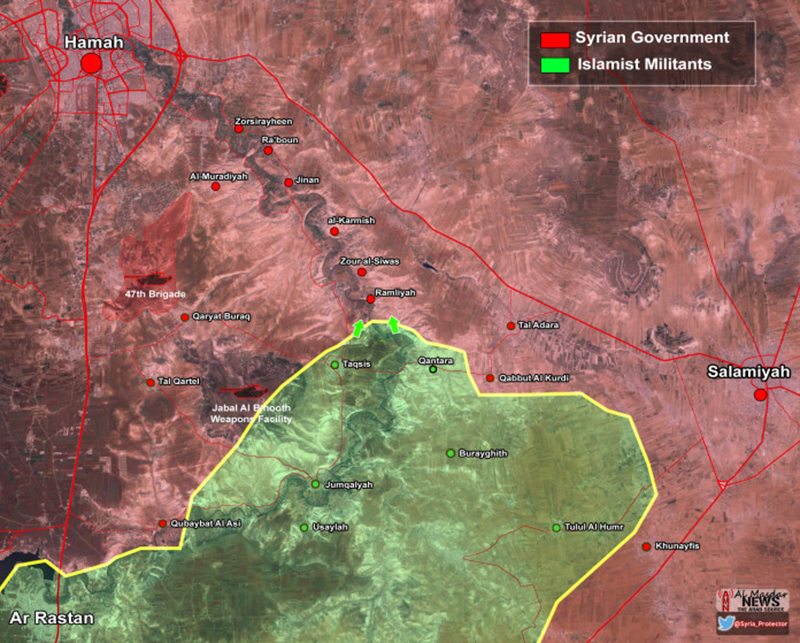 AlMasdarNews reports: Jabhat Al-Shamiya (Levantine Front) launched a late night offensive in the western countryside of the Al-Salamiyah District, targeting the National Defense Forces’ positions at the village of Ramliyah.

Following a violent exchange that lasted for nearly an hour, the National Defense Forces withdrew from Ramliyah in order to evade the swarming Islamist rebels.

According to a source in Al-Salamiyah, both sides suffered a large number of casualties during the intense battle at Ramliyah; however, the fighting has now dissipated after the National Defense Forces withdrew from the village.

Reports from the area indicate that the Syrian Arab Air Force (SAAF) is now conducting airstrikes over the village, while the Islamist rebels seek cover from their bombs.