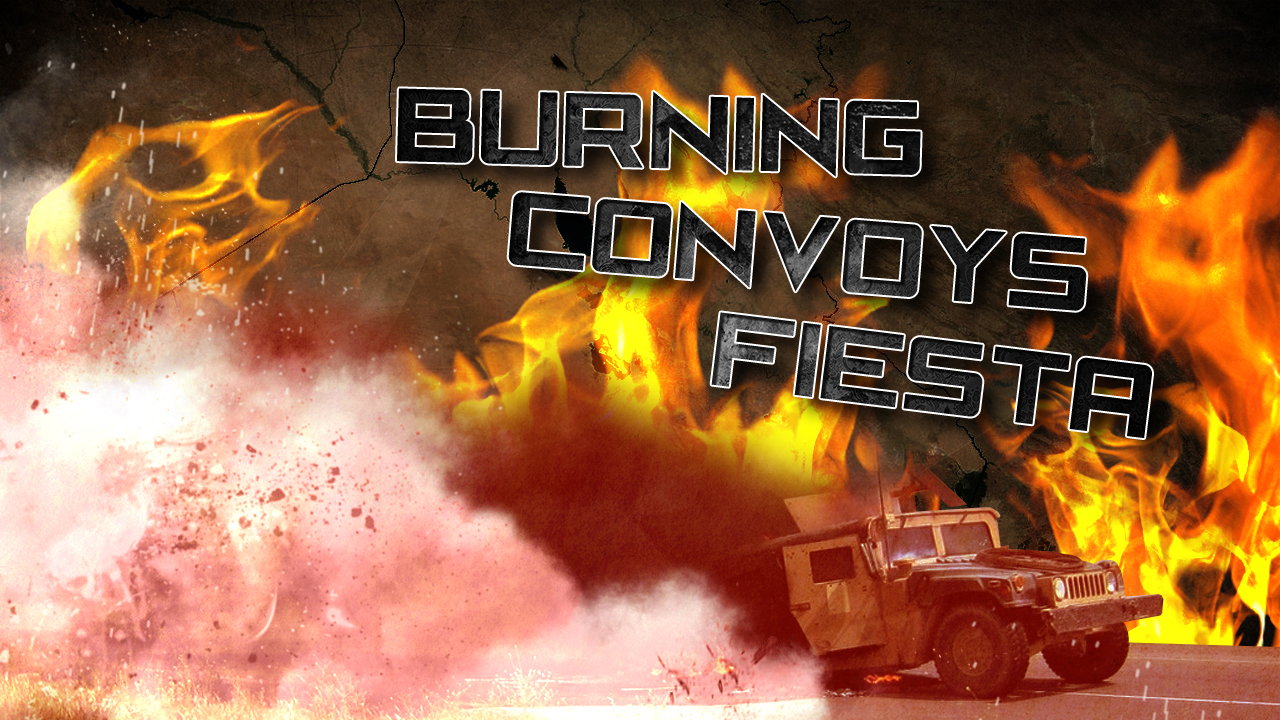 On November 19, a convoy moving logistic supplies for the US-led coalition came under attack in the southern Iraqi province of Dhi Qar.

The convoy was targeted with an improvised explosive device (IED) as it was passing near the city of al-Nasiriyah, the capital of the province.

The pro-Iranian Islamic Resistance in Iraq – ‘Ashab al-Kahf claimed responsibility for the attack. The group shared a photo showing a cargo truck that was destroyed by the IED blast. The truck was allegedly carrying ammunition and explosives. 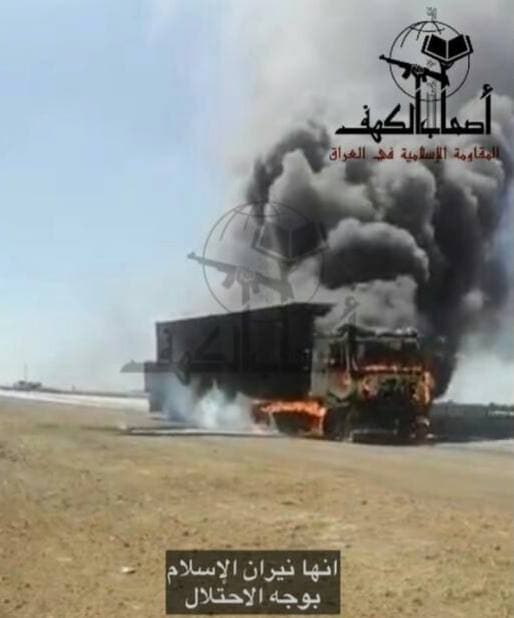 ‘Ashab al-Kahf and other pro-Iranian forces in Iraq have been attacking US-led coalition supply convoys and bases for more than a year now. These attacks are meant as a response to the assassination of Abu Mahdi al-Muhandis, Deputy-Commander of Iraq’s Popular Mobilization Units, and Commander of Iran’s Quds Force, Qassim Soleimani.

The new attack coincided with a statement from the Iraqi Resistance Coalition, in which pro-Iranian forces vowed to launch large attacks against the US-led coalition if it does not withdraw from Iraq before the end of December 31.

The statement confirms that pro-Iranian forces are still determined to expel US troops from Iraq. Washington does not seem to be willing to take such a step, at least as for now.

Do you want more?

Yes every last one of them

Are these moderates or extremists?

Don’t be too happy, every last one of them is when we come for you and your Shia Lebanese families.

You think 2006 was a war? wait till you see what we have planned for you now. After we are done with you all your countrymen will do is dig graves.

God is my withness, we will cleanse all of you up to the Litani river and there will be no rockets coming into Israel for the next 80 years. Give us a reason, you dirty Lebanese rat. Me and the rest of the IDF officers just wait for the order.

You are a bit harsy though. Our first case should be to contain Turkey and Iran.

Chris, from what I have learnt from my years in the army – is that if you show weakness to those terroristic animals then they will just try to kill more Israelis.

Erdogan is trying to make inroads into Lebanon and Palestine now. To exploit situations.

You don’t even know how to write and you want to be a doctor. lol

no medication can cure stupidity—some can reduce your florid symptoms call my emergency lunatic line at http://www.ISISgreekpeasant.shekels@frozenbrainclinic.gr

You are watching too many movies.

You don’t make any sense.

They have to attac the rat nests. Close the ambassy, is nothing more than a spy nest from C.I.A. and mossad

several clinic patients plague SF. originally I believed their participation would improve their mental health. Was mistaken. the crissy gr decline now rivals that of other erstwhile veterans at SF…..

You don’t even know how to write but you are making diagnoses. Internet has truly turned every village idiot into somebody.

crissy too incompetent to comprehend English? did crissy forget her meds again?

I comprehend. You don’t.

You do krokodil that’s why you behave like that.

Looks like the ILF (Israeli foreign legion) took another hit.

Is this the first truck to be burnt . Every other video of these attacks has shown the trucks get covered in blast dust and carry on as if nothing happened. Now that they have finally got one how about next time take out the whole convoy . That will result in making the base confined Yanks need to go out and escort the convoys and put themselves at risk of needing a body bag. That is the only thing that counts with the Yanks.

They will just fine EU for more Russian sanction violations. It is all paid for already thanks to EU bending over to US.

Why is SF using US propaganda term “pro Iranian forces” for Iraqi resistance forces fighting against US occupation?