The military wing of the Palestinian Islamic Jihad Movement (IJM), known as the al-Quds Brigades, released a short video message on May 4 showcasing some of its long-range rockets and threating to hit strategic targets throughout Israel.

In the 42-second video, al-Quds Brigades fighters can been seen loading three heavy rockets into a camouflaged launch pad in an unspecified part of the Gaza Strip. The design of the rockets, which appear to be locally-made, simulate that of the M-302, which is known to be made in Iran and Syria. Both countries are believed to be backers of the IJM.

The video, which is titled “The Circle Of Flame Will Widen,” carried a direct threat to the port of the city of Ashdod, the Dimona nuclear reactor, Ben Gurion Airport in Tel Aviv and Hafia’s refinery. The least is located more than 150km north of Gaza, right within the range of M-302 rockets.

These threats came as the Israeli Air Force (IAF) stuck dozens of targets across the Gaza Strip. This aerial operation began following a rocket attack by Gaza’s factions, which were responding to the killing of four protestors by the Israeli military a day earlier.

According to Israeli sources, Palestinian groups have launched more than 450 rockets, so far. Some of theese rockets have reached central Israeli towns. However, the positions listed in IJM’s video have not been targeted yet.

This round of escalation has claimed lives of at least ten Palestinian civilians, including a baby, and three Israeli citizens. The number of casualties on both sides is expected to grow in the upcoming hours, as Tel Aviv appears to be determined to continue its aerial attacks o Gaza. This could provoke a fierce response from the IJM and other Palestinian factions.

No point showcasing anything, use them or lose. The easiest target should be Dimona and Ben Gurion airport.

These rockets are launched by American and British proxies. These will drop in open spaces not on any Israeli terrorists. This is their history.

What??? Who are the american and British proxies ?

You can call me Al
Reply to  Madness

Good, is that all you have – IT IS NOT GOOD, IT IS FUCKING EXCELLENT.

It appears that all is not going to well for the Zio-Scum in 2019.

A blitz on Israeli installations would have the effect of destroying tourism as well.

Agreed, it is strange to see the World evolving so quickly and scuttling the Zio-US intentions and operations… Syrian defeat !, Venezuela defiance, Iran influence in Iraq and Syria (Shi’ite crescent), China & Russian alliance, North Korea defiance, India, IRAN, Numerous African Countries and even the EUs defiance (now) to name but a few ……
Good point on the tourism, although highly unlikely I would even consider going + of course you have millions already following the BDS meme, including me.

Rabid dogs backed into the corner ?.

On my old phone I even had a barcode reader to identify Israeli goods :)
I must reinstall it.

I have a built in Rabid Dog sensor. Thay all have the smell of the dead.

My Sister also used to have that bar-code thing, if you find a link to it, please bob it through to me.

This is the American, British and Israeli conspiracy against the children of Palestine. Before they have launched Mujahideen, then Al-Qaeda then ISIS and now Islamic Jihad. We have seen their these games in Qunetra Syria.

May be other do, but I don’t see the point of making a threat. The Israelis are fully capable of making pre-emptive strikes. So if they know you have a weapon they surely are likely to do everything in their power to locate it and destroy it. All I am saying is why advertise your intentions?

surrounded by enemies that are battle hardened and willing to die to put an end to the squatters existence on stolen land – evict them squatters now.

Because of this threat, the jewish propaganda machine is lying and saying that islamic jihad has threatened the Eurovision Song contest event due to take place in several weeks time. They’re confusing their pet wahabis who love them soft civilian targets with Islamic Jihad/Gaza who are trained in battle and in honor by the honorable warriors of hezbollah.

yeah the european song contest is fair target, so go for it – wreak havoc on the squatters and spoil the fun so the world realizes the menace they, the squatters, are.

Finally! A threat with balls!

BS!
would they have them, they would have used them already.

A yewish propaganda, to have a reason for the next bombardment.

I respectfully disagree. In warfare, different weapons are used for different types of battle. Plus the Gaza Resistances are saving the best bang for the big war.

I would not be surprised if they take orders from Tel Aviv.

just go for it

The IDF can’t stop long range unguided artillery rockets fired from within a few miles from “their” border. They would fair much worse against the Syrian government coalition or a UN mandated regional coalition armed with nuclear weapons to clear the baby rapers out of the occupied territories and police the implementation of all of the resolutions that the Jew crime state has been in constant scofflaw violation of for it’s entire existence. 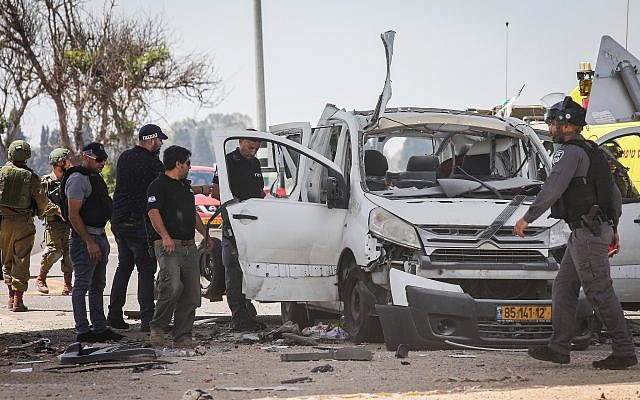 Something tells me that these vermin Jew aren’t out sightseeing today.

Just the fast that they are “THREATENING TO STRIKE ISRAELI NUCLEAR REACTOR”
means that they cannot do it. If they can do it, THEN JUST DO IT IN SECRET”
Never alert your enemy to your plans. But only alert your enemy when it is a scare tactic or misdirection.
If they can do this, then it should have already been done. For not a day goes by that the Jewish enemy does not target Palestinian Christians and Muslims.
So somehow I know that the Nuclear Reactor will be operating just fine regardless of any Palestinian actions.

Looks like the Axis of Resistance has finally responded to all those Israeli attacks by launching a couple of hundred back in one go.

These rockets are being fired from a field in Gaza. So why is The Israeli war planes bombing a high populated area in Gaza where the rocket are not being fired from. This is another war crime. I doubt our bent corrupt politicians will do anything about this in justice

well i’m telling you now gaza, if you fired 450 rockets, for 3? jew lives, you need a new commander…or a cyanide pill