The Operational Command of the Donetsk People’s Republic reported on arrival of the Islamic battalion of the Ukrainian Armed Forces to Kiev-controlled city of Mariupol. 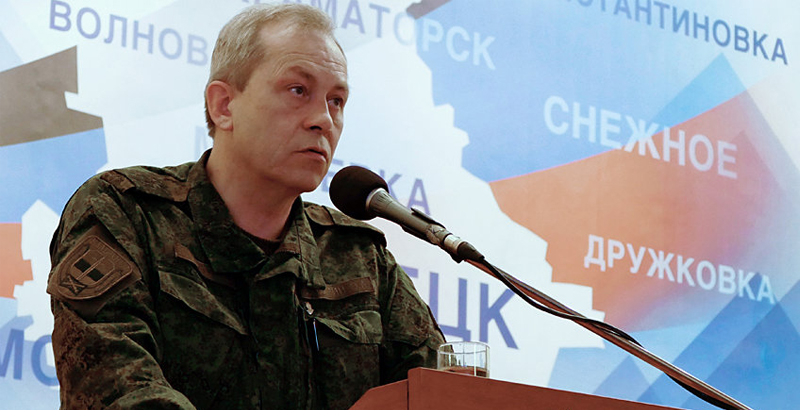 The Islamic battalion of the Ukrainian Armed Forces has been deployed in the Kiev-controlled city of Mariupol, Deputy Commander of the Operational Command of the Donetsk People’s Republic (DPR), Eduard Basurin, said on Saturday.

“We have discovered an arrival of the Islamic Battalion to Mariupol in the number of up to 500 people, who will operate in the zone of responsibility of the 36th Separate Marine Brigade. The battalion is stationed on Bakhchivandzhi Street. The battalion’s curator is a commander of a squadron of the Ukrainian National Guard, Major Karpenko,” Basurin said.

Basurin did not explain why his “intelligence” called this division the “Islamic battalion.”

He noted that tasks of the unit include guarding of warehouses with rocket and artillery weapons and taking control over the Mariupol port, which, according to Basurin, became a base for illegal trade in arms and ammunition, including chemical weapons, with countries of the Middle East.

Earlier, the DPR intelligence reported on an arrival of mercenaries from Canada and Poland “in groups, consisting of 30-40 people” to the Donetsk and Gorlovka directions.

On March 21, Basurin said that a unit of women-snipers, known as the Witches, which is part of the Right Sector extremist organization, had arrived to the Donbass. According to him, the snipers were stationed in Artemovsk town.

The armed conflict in the Donbass began in the spring of 2014 after an attempt of the new Kiev authorities to suppress by force protests in Donetsk and Lugansk regions. According to the latest UN data, 9,500 people have been killed in the confrontation.

This development would be consistent with the latest observable US approach to hybrid warfare that calls for the usage of loons from all over the world, who- for one reason or another- hate the Russians. The ethnic and religious background does not matter anymore as long as they can be used as cheap and dispensable cannon fodder. That saves them US soldiers lives, nasty public relation issues and serves them the pretext that US is not involved. You will see more of this modus operandi going forward where on the US side the ethno-cultural lines will become increasingly blurred. As long as the candidate to the job hates the Russians and is willing to fight/die for 400-500$ a months, he quickly becomes a solider for ” democracy”. The problem for the Russians ( or any other adversaries) is that this novel approach to warfare offers the US access to an endless supply of cheap and fanatic soldiers ( who unlike the US soldiers will genuinely hate the Russians and are therefore initially more motivated to fight than an average US solider); The US/Israel will have relatively cheap war, which if not addressed head-on and soon by the Russians might slowly sap at their power. Russia does not have either an endless supply of useful idiots nor does it have the financial resources to finance foreigner fighting for its cause ( barring probably a few Serbs here and there); that has become a problem for Russia that needs to be aware of and address it sooner rather than later.

PfffTtt!! Bull! It was Belarus which came to rescue the military of Ukraine which supplied vast amounts of Soviet era arms and equipment, very much to the disappointment of Putin`s kleptocracy. After Belarus rushed war material to the government in Ukraine, other Eastern European countries followed suit; they hate Russia far more than others. As for Muslim troops, there are also Chechen fighters on the Donbass side of the war. This article is weak. It has the stench of floundering in a quagmire.

They don’t have enough of their own lunatics so they must import jihadists?

Double edged sword, these Muslims. They will settle in, look for women to breed or import their families and slowly grow their hordes. I question the effectiveness of mercenaries. They will fight, but the will of a people can never be beaten. Americans vs British, Russians vs Nazis, and Vietnamese vs Americans. I understand the numbers assumption, but imperative to use whatever extras i.e. drones, AI type weapons, land mines, etc. to level the field.

What has Ukraine ever done for Muslims, anyway? It was only when Russia recognized Crimean Tartars as minorities when Ukraine decided to do anything about it.

It is a short boat trip from Turkey to Ukraine. Perhaps they will even get Ukraine citizenship which will then soon allow them visa free travel in Europe. It may even be the method of payment for their “services”.

((( Sending in the fake Muslims ))) is an old Zionist trick. ISIS is a bunch of fake Muslims who use to drink in Israeli bars in between periods of training they received from Israeli military. Israel is really out for world domination. They tell Putin “hey, dont you dare sell Syria those air defenses” and Putin obeys his Jewish masters. They tell Putin “hey, don’t you dear fulfill your contract with Iran before the year 2016” and Putin obeys his Jewish masters. They tell Trump “hey, you had better start attacking Syrian air ports” and Trump obeys his Jewish master Jared Kushner. People all around the globe are sice at tired of Ashkenazi-Jewish-Supremacist. The revolution against all who have sided with them is on. And Trump and Putin are now both enemies of “We The People”

Admins, send the data of mr. perfect to polcie (of hoc osuntry). He called now in public to extinction of one whole nation. And for this will go in prison, if he is from north-atlantic civilisation.

Most likely they are crimean Tartars, being discriminated against by islamophobic russians.