ISIS cells are once again active in eastern Syria. Late on March 17, the Syrian Army and the National Defense Forces repelled an ISIS attack in the area between the town of al-Sukhna and the T3 station. The attack involved over two dozen ISIS members supported by at least 6 vehicles equipped with heavy weapons. Pro-opposition sources claim that at least 20 Syrian soldiers were killed in the clashes. Pro-government sources deny casualties and say that terrorists were forced to retreat after they had been targeted by artillery and mortar fire.

The ISIS presence in the desert area of eastern Syria had been slowly decreasing over the past year. Additionally, government forces carried out several security operations cracking down on the remaining ISIS cells in southeastern Deir Ezzor and eastern Homs. However, the terrorist threat was not removed. Syria and Russia say that ISIS members use the US-controlled zone of al-Tanf as a safe haven to hide from Syrian Army operations.

Five civilians were reportedly killed and 15 others injured in a rocket strike on the city of Afrin on March 18. Pro-Turkish sources say that the rockets were launched by the Kurdish People’s Protection Units (YPG) or affiliated rebels. The YPG created the brand of the Afrin Liberation Forces in December 2018 in order to distance themselves from regular attacks on the Turkish-controlled part of northwestern Syria. In this way, the YPG, which is the core of the US-backed Syrian Democratic Forces, was seeking to distance itself from operations against Turkish forces. The goal was to continue receiving military and financial support from the United States, while simultaneously using the same resources to carry out attacks on the formal ally of the US under another brandname.

Alaa al-Omar, a commander of one of the largest units in the Turkish-backed Ahrar al-Sham Movement, was assassinated near Jisr al-Shughur in the southwestern part of Greater Idlib. Al-Omar was among commanders of Turkish proxy groups involved in sabotaging joint Russian-Turkish patrols along the M4 highway. Pro-government sources claim that his assassination is a result of the contradiction between al-Omar’s unit and the al-Qaeda-affiliated Turkistan Islamic Party, which controls Jisr al-Shughur. According to this theory, al-Omar was not active enough in organizing protests against the safe zone deal.

Regardless of the contradictions among the Idlib armed groups, the M4 highway remains closed and the Turkish-Russian agreement on the safe zone in the area is not being implemented.

Meanwhile, the US joined al-Qaeda-led efforts to kill the deal on Idlib. US Secretary Mike Pompeo accused Russia of killing “dozens of Turkish military personnel” and promised “additional measures” to support Turkey in the Idlib question. Apparently, somebody in Washington is very sad that no new Russian-Turkish war has yet taken place in early 2020.

SouthFront: Heavily Besieged Fortress In A World Of Censorship

Evil rouge gangster state and the US no longer even hide it anymore. The US is Israel’s attack dog. Internally the US is falling apart as is its military. The US is equal to Rome in its final days.

“Syria and Russia say that ISIS members use the US-controlled zone of al-Tanf as a safe haven to hide from Syrian Army operations.” That’s quite telling, that was my prediction as well.

In case you missed it, CENTCOM: 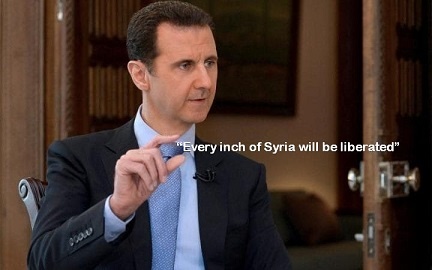 What ISIS and these rebels need is a good dose of coronavirus!

The Washington warmongers and international terrorist sponsors in the US need a high dose of Corono Virus until they die.

obviously like their ISIS sex slaves, they r fundamentalist crackpots…money worshipping fascists—the US was settled by the only Christian sect that permitted usery(Calvinists)…”only in amerika has nationalism carried w it the Christian meaning of the sacred. the revelation of amerika serves to blight and ultimately preclude the possibility of fundamental social change”. Sacvan Bercovitch
of Course the same position is taken by many—Arendt, Kojeve, Sennet, Slater, Jameson, Postman—who wrote, “no people r more entertained and less informed than amerikans..nowhere in an amerikan public education r the concepts of truth and falsity ever addressed, nor ideas. amerikans do not converse–they entertain each other…amerikans do not exchange ideas–they exchange images…the problem w amerikans is not Orwellian, it is huxleyan. amerikans love their oppression”….a profoundly fake, stupefied, gullible people

Well, dear Russia-SAA that is what happen when you do not finish your job.

Let them butcher each other,the tension in Idlib between the vermin rats,will reach feverish levels of paranoia, paralysis and violence
Get the popcorn