On September 14, ISIS terrorists carried out a series of attacks against government forces in the Sinai Peninsula in eastern Egypt.

The terrorists group’s news agency, Amaq, announced that the terrorists had targeted four military vehicles, including a battle tank and a bulldozer, next to the town of al-Wifaq, south of the city of Rafah, with heavy weapons and improvised explosive devices (IEDs). All four vehicles were either damaged or destroyed in the attacks.

Amaq also reported that ISIS snipers had targeted two service members in al-Wifaq and the town of al-Mazlqan, to the west of Sheikh Zuweid city. Both service members were killed, according to the terrorist group’s claims.

ISIS terrorists are still attempting to solidify their presence in the northern part of Sinai, despite the repeated operations by government forces.

The terrorists are now relying on simple, low-cost means, like IEDs and sniper rifle, to inflict serious losses on Egyptian troops.

ISIS’ insurgency in Sinai pose a dangerous threat to the national security of Egypt. The military and security forces have been struggling to secure the very important region since 2011.

Me and my friends when hearing word ”egypt”

What friends?!…the only friends you have are imaginary friends https://giphy.com/gifs/dance-cartoon-fosters-home-for-imaginary-friends-OfzKISOj4nO6s

did ı throw you bone?dont bark…

I thought the ” mighty ” Egyptian army was going into Egypt to confront Turkey. What happened ?

i am still waiting. this 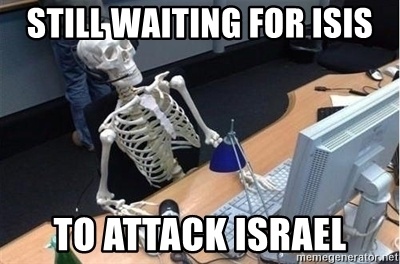