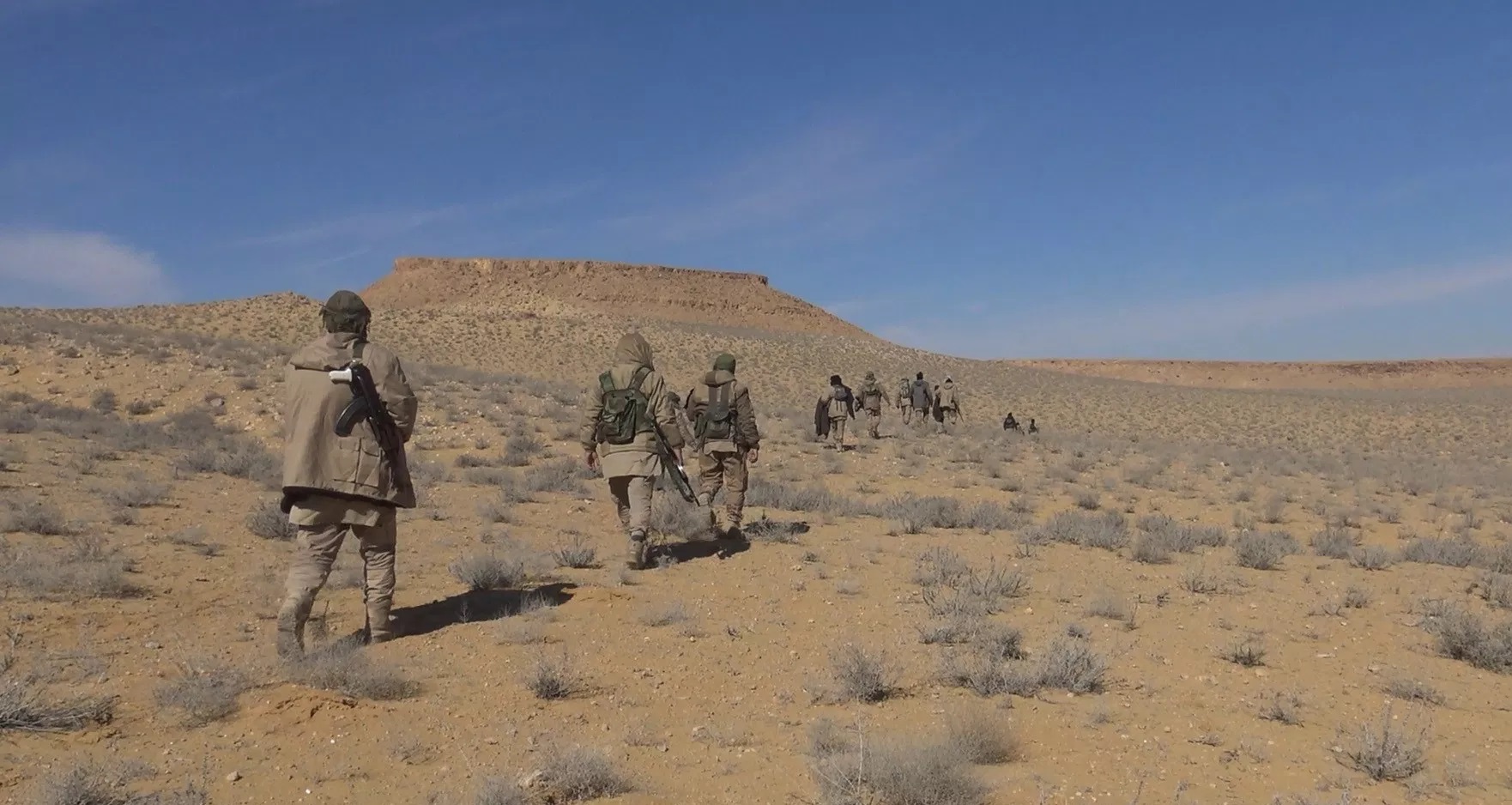 On May 7, ISIS cells launched a large-scale attack on Syrian Arab Army (SAA) positions in the eastern countryside of Homs.

According to the Syrian Observatory for Human Rights (SOHR), the attack targeted positions between the towns of al-Sukhnah and al-Sholah.

A vehicle-borne improvised explosive device (VBIED) targeted the SAA’s positions. Dozens of terrorists also clashed with army troops in an attempt to take over the positions.

Xeber24 said that 15 Syrian service members were killed or injured in the clashes. Nevertheless, ISIS failed to capture the targeted positions. The terrorist group also lost nine of its terrorists in the attack. 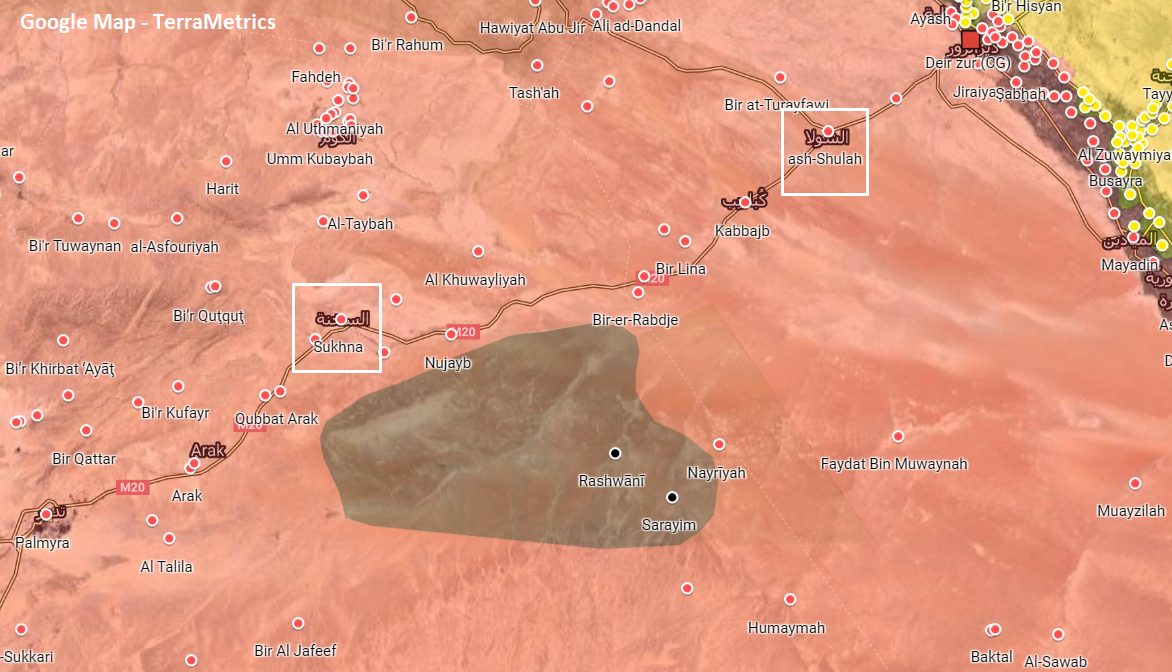 The attack was apparently launched from the Homs desert. Hundreds of ISIS commanders and fighters are reportedly taking shelter there.

The new attack indicates that ISIS’ remnants in the Homs desert are still capable. The terrorists could make a second attempt to advance between al-Sukhnah and al-Sholah soon.

CIA sends LOVE this way. If CIA had been shattered into thousand pieces by President Kennedy, we would have no ISIS today. What the SAA will do to those terrorists now the entirety of CIA Mossad fully deserves be done to them.

You actually sure this attack really happened? Can’t find any reports on it anywhere!

ISIS are not hidden in that area…they are hidden in Al Tanf area under protection of US forces…from time to time they leave Al Tanf and they head towards Homs desert between Palmyra and Deir Ezzor…to ambush SAA troops.

That’s right, and with given info.

Come on SF, there’s not enough info to inform the ignorant, we’re not getting the full story.

“On May 7, ISIS cells launched a large-scale attack on Syrian Arab Army (SAA) positions in the eastern countryside of Homs. According to the Syrian Observatory for Human Rights (SOHR), the attack targeted positions between the towns of al-Sukhnah and al-Sholah.”

There’s about 95 km between al-Sukhnah and al-Sholah, so it’s a huge distance they’re talking about, they should’ve made that clear in the article because not everyone checks. And al Sukhnah is actually located in north eastern Homs and al-Sholah is located right in the middle of souther Deir ez Zor, right in the middle of Iranian controlled Deir ez Zor, the very heartland of Iranian controlled Syria, so we’re not just talking about Homs, Deir ez Zor isn’t mentioned but it should’ve been.

“The attack was apparently launched from the Homs desert. Hundreds of ISIS commanders and fighters are reportedly taking shelter there.”

Are they, but there are thousands more in southern Deir ez Zor, and that’s where this group has probably just come from.

They must be talking about the Isis attack against as Sukhnah last month, Isis nearly over ran the town in that attack, and the only thing that stopped them was a speedy response from the SAAF, luckily they saved the day just in the nick of time. And a few days after that unsuccessful Isis attack on as Sukhnah, the US or Israel bombed a Hezbollah command centre located just 5 km southeast of the town, and that’s when I became aware that Hezbollah was actually the group responsible for the towns security, mmm, so someone needs to do a better job.