Last night, the ISIS terrorist group re-took the vilalges of Jamusiyah and Umm ‘Adasat from the US-backed Syrian Democratic Forces (SDF). The villages are located Southwest from the ISIS-controlled town of Manbij.

On June 15, the US-led coalition said in a press statement that the SDF, mostly Kurdish YPG units, completed the first phase of the operation to free Manbij, dividing ISIS forces in the provinces of Raqqa and Aleppo. The coalition air power has reportedly conducted some 190 airstrikes near Manbij since the start of the operation.

Now, the second phase to liberate the city will start. The Pentagon believes that the Arab part of the SDF, doubted “Syrian Arab Coalition”, will play a crucial role in the operation. 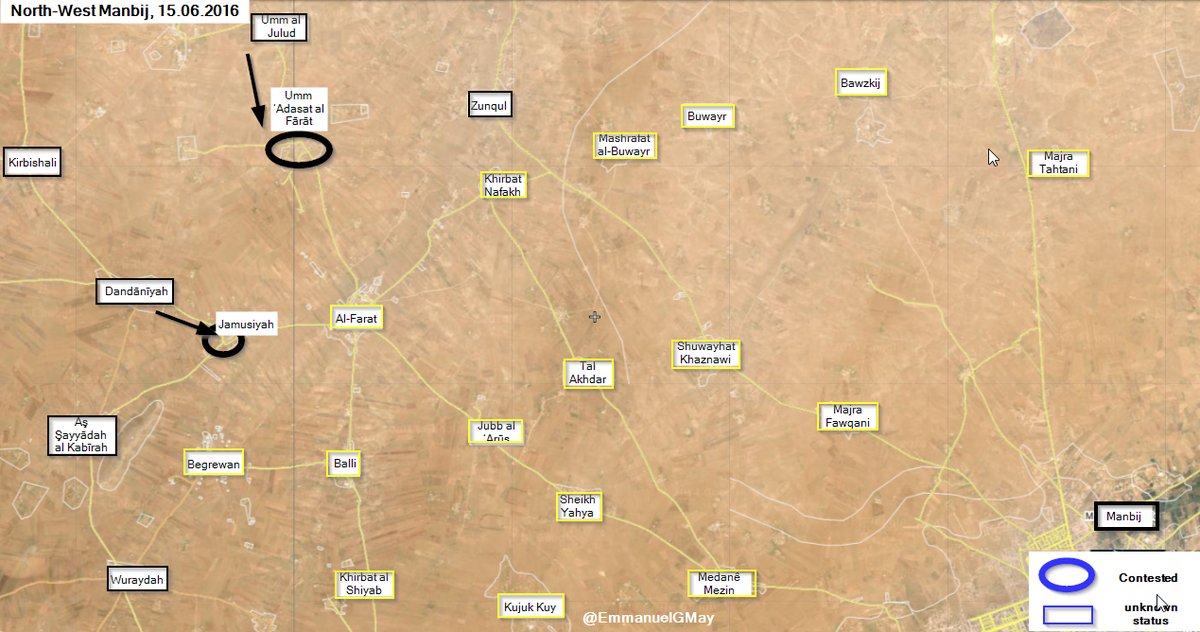