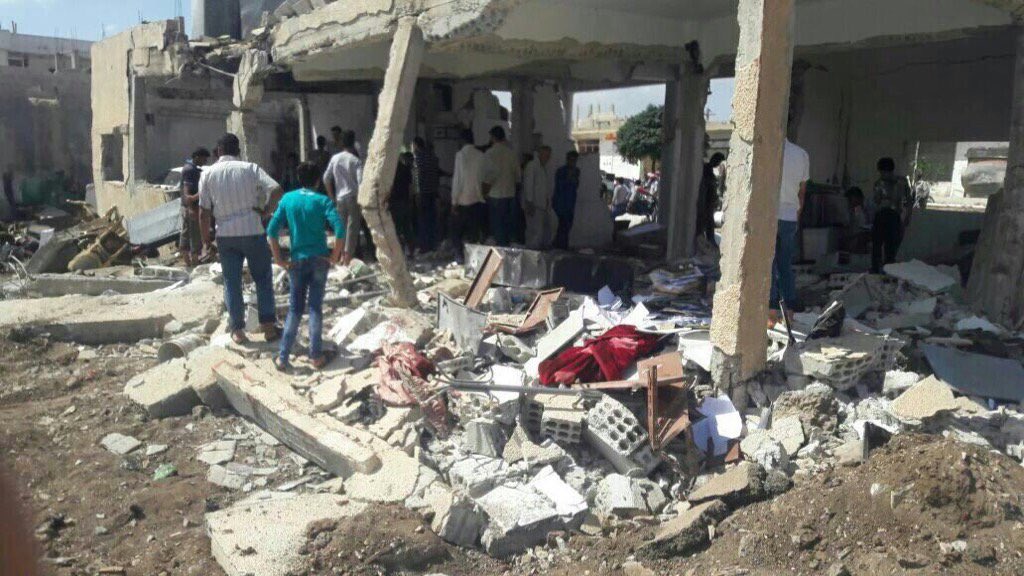 An ISIS suicide bomber a security headquarters of ‘moderate rebels’ in the southern Syrian town of Inkhil in Daraa province. The attack took place during a meeting between Syrian Opposition leaders and the so-called “Interim Government of Syria”.

According to reports, some 20 oppositioneers were killed, including the Local Administration Minister, Yacob al-Ammar, and the military commander of Al-Hamzah Brigade, Abu al-Tayyib.

A 15-yo ISIS suicide bomber allegedy made the attack.

No need to put quotes around moderate rebels… This is some of the few real moderate opposition that engages in talks with central government and keep regions they administrate free from radical Islamism and foreign mercenaries. No wonder they got bombed !

Time to join forces with Assad.

The real opposition of moderate Syrians have mostly already allied themselves with the saa to drive out the foreign mercenaries and wahabi crazies. Most of the so called moderates still actively fighting the saa and company are closely tied to al nusra and or isis. Very few groups that are fighting aren’t allied with saa or al nusra, although there could be a few small ones.