ISIS has started a forceful conscription campaign for all military-age males in the area of Deir Ezzor, according to Hassan Hassan, a senior fellow at the Tahrir Institute for Middle East Policy.

Hassan released an alleged picture of the ISIS announcement of the start of the conscription campaign. According to the announcement, all men from 20-yo to 30-yo have to joint the ISIS ranks to fight the Syrian Arab Army and its allies.

Persons that ignore the order will be reportedly punished by ISIS security forces.

UNPRECEDENTED — ISIS declares forceful conscription for all military-age males in Deir Ezzor (for now from 20-year-olds to 30-year-olds) pic.twitter.com/PmticbHljK

The decision is another sign that ISIS faces significant problems in central Syria where the Syrian-Iranian-Russian alliance conducts a large-scale campaign against the terrorist group. Government forces have been storming Sukhna and preparing for a push towards the Deir Ezzor provincial capital.

Yeah… This harks back to Germany in WW2…

It did little to turn the tide then, just as it will not now..

No. This harks back to any war ever. Gather the peasants and arm them with pitchforks.

No… this harks back to despotism and forceful conscription that gives the signee the choice to either sign and be conscripted, or die….

In Germany during WWII the conscripts were volonteers.

those poor young men who have to fight now the SAA even though they dont support IS, so much blood for nothing. will it change the war? no. they are just deperate which is a good sign that the SAA is doing a good job.

Nothing to stop those conscripts from turning their weapons on Daesh!

The cracks are becoming more apparent and the grunts have to do the job now. Well, that won’t work out anyway, as they are not only unwilling, but tactically cannon fodder at best.

With luck there will be an uprising against the ISIS Press Gangs that hark back to the days of Impressment of sailors for the British Royal Navy.

ISIS is lost, and they know it since they can not have the same support from its creators USA_NATO-Israel. Peace in Syria will not come from politician pacts but it will come from wining the war against terrorists (hard and moderated) created by USA-NATO-Israel with the help of Qatar-Saudis-Jordan-Turkey.

Exactly, incl. the kurds, if necessary.

It is only a matter of time before IS collapse in Deir Ez Zor, so either they will be moved out by the Israeli controlled US led “Terror Axis” countries to fight in another area or left to be Martyred.

I’m betting on they stay!
Simply because Israel will want to weaken Syria as much as possible.
I still believe their will be a proxy war between SDF and SAA involving Russia, USA, Israel, KSA, Iran and perhaps Turkey. Qatar may be involved on the side of Iran and Turkey!
I have a feeling Europe is done with this war!

IS will go, SDF will control Al Taqba and Raqqa.

They have reinforced Suknah and DEz so u are partially correct! But there is still a lot of ISIS in Eastern Hama!
“SDF will control Al Tabqa and Raqqa.”
U mean Raqqa city I presume!

I think the SDF will attempt to capture the eastern DEz oil and gas fields!

if I was forced to join isis, id say “ok”. Then id fuck them all up while I fight with them!
Shoot em, blow em up. poison them…. whatever I could!
That would change their policy soon enough!
And yes, id be dead too, but fuck it!
Better to die on your feet than to live on your knees!

Except for DutchNational, he likes living on his knees while he sucks off SDF fighters!
Dutch National, are u a Gagger?

You sure know a lot about living on your knees and sucking off SDF fighters. Your descriptions are vivid and beguilled. Please, enlighten us more ?

Well firstly, if u love the SDF like a Jew does, all suck their dicks!
Ive always heard that people with names ending in “ski” are Jews!
Are u a Jew?
I bet u are!
you little fuckin rat!

Is that the best retorts your little ISIS loving brain can forment? ?

I like ISIS?
Where the fuck do u get that from?
Im the most outspoken person on this forum!
ISIS is scum! Rats, but I also know who create them!
I will never forget who created them!
And anybody who is associated with creating them!

NeoCons and Jews!
I honestly believe u are a Jew!

Death to ISIS loving scum!!! We are coming for you!! 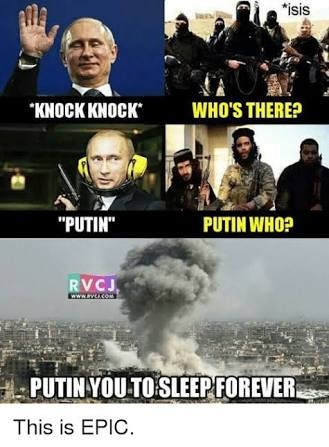 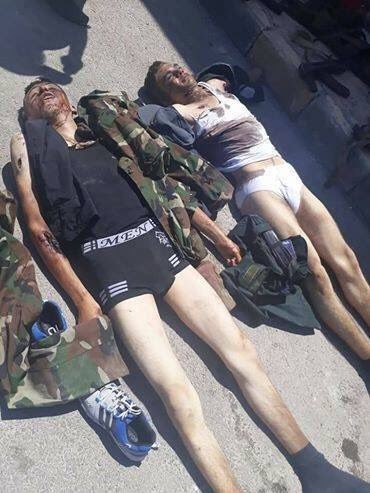 hahaha
I LOVE these pictures!

As long as we are on the same page, civilization will win this war against the fanatical hordes. Have a nice day ?

ALWAYS HAVE BEEN AND ALWAYS WILL BE!
oh, and I LOVE Putin!
I like Trump!
Hate the Deep State!

What is this reply in reference to u Moron!

Dead man walking is a zombie.